What is a Pork Pie hat?

A classic Pork Pie hat is usually a black felt hat although they can be made from any material and cone in any color.
The DNA of a Pork Pie Hat are the straight crown sides with no indentations and the flat telescope crown. The brim is saucer shaped. It got its name for resembling the British pub grub which is stuffed with pork. 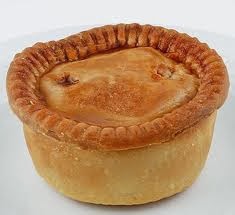 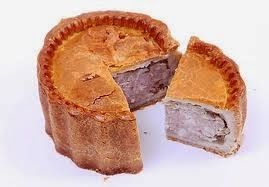 The The pork pie began to appear in Britain as a man's hat not long after the turn of the century in the fashion style of the man-about-town, but its resurgence in America in the 1920s is credited to the silent film actor Buster Keaton who wore them in many of his films. The hats from his films were ones the actor made himself by converting fedoras and other hats into pork pies, creating more than a thousand in his lifetime. This kind of pork pie had a very flat top and similar short flat brim.

Arguably the heyday of the pork pie hat occurred during the Great Depression. In this incarnation, the pork pie regained its snap brim and increased slightly in height. The dished crown of such hats became known among milliners as "telescopic crowns" or "tight telescopes" because when worn the top could be made to pop up slightly. Furthermore, as stated in a newspaper clipping from the mid-1930s: "The true pork pie hat is so made that it cannot be worn successfully except when telescoped." The same clipping refers to the hat also as "the bi crowned". Among famous wearers of the pork pie during this era are Frank Lloyd Wright, whose pork pie hat had a very wide brim and rather tall crown. In African American culture in the 1940s the pork pie— flashy, feathered, color-coordinated— became associated with the zoot suit. By 1944 the hat was even prevalent in New Guinea.

After the end of World War II the pork pie's broad popularity declined somewhat, though as a result of the zoot suit connection it continued its association with African American music culture, particularly jazz, blues and ska. Lester Young, whose career as a jazz saxophonist spans from the mid 1920s to the late 1950s, regularly wore a pork pie hat during his performances, and after his death the composer Charles Mingus wrote an elegy for him titled "Goodbye Pork Pie Hat".

When Lester took him a wife
Arm and arm went black and white
And some saw red
And drove them from their hotel bed
Love is never easy
It's short of the hope we have for happiness
Bright and sweet
Love is never easy street!
Now we are black and white
Embracing out in the lunatic New York night
It's very unlikely we'll be driven out of town
Or be hung in a tree
That's unlikely!

Tonight these crowds
Are happy and loud
Children are up dancing in the streets
In the sticky middle of the night
Summer serenade
Of taxi horns and fun arcades
Where right or wrong
Under neon
Every feeling goes on!
For you and me
The sidewalk is a history book
And a circus
Dangerous clowns
Balancing dreadful and wonderful perceptions
They have been handed
Day by day
Generations on down

We came up from the subway
On the music midnight makes
To Charlie's bass and Lester's saxophone
In taxi horns and brakes
Now Charlie's down in Mexico
With the healers
So the sidewalk leads us with music
To two little dancers
Dancing outside a black bar
There's a sign up on the awning
It says "Pork Pie Hat Bar"
And there's black babies dancing...
Tonight! 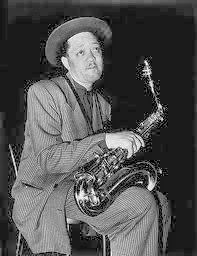 Young's pork pie had a broader brim than seen in earlier styles but retained the definitive round, flat, creased crown.

In television between 1951 and 1955, Art Carney frequently wore one in his characterization of Ed Norton in The Honeymooners, and in Puerto Rico the actor Joaquín Monserrat, known as Pacheco, was the host of many children's 1950s TV shows and was known for his straw pork pie hat and bow tie— in this incarnation, the pork pie returned to its Buster Keaton style with rigidly flat brim and extremely low flat crown.
In the 1960s in Jamaica, the "rude boy" subculture popularized the hat and brought it back into style in the United Kingdom, thereby influencing its occasional appearance in the mod subculture.
The porkpie hat enjoyed a slight resurgence in exposure and popularity after Gene Hackman's character Jimmy "Popeye" Doyle wore one in the 1971 film The French Connection. Doyle was based on real-life policeman Eddie Egan, who played the captain in the film, and his exploits. Egan was famous all his life for wearing a pork pie hat, and refused to surrender his hat to Gene Hackman to wear in the film. The producers were forced to obtain Hackman's hat elsewhere. At about the same time, Robert De Nirowore a pork pie hat in the 1973 film Mean Streets (the same hat he wore when he auditioned for the film).

Today the wearing of a pork pie hat retains some of its 1930s and 40s associations. Fashion writer Glenn O'Brien says, "the porkpie hat is the mark of the determined hipster, the kind of cat you might see hanging around a jazz club or a pool hall, maybe wearing a button-front leather jacket and pointy shoes.

It's a Tom Waits, Johnny Thunders kind of hat. It has a narrower brim than a Fedora and a flat top with a circular indent. Usually the brim is worn up. It is often worn with a goatee, soul patch, and/or toothpick." Bryan Cranston's character Walter White wears a pork pie hat in the AMC series Breaking Bad when he appears as his alter ego "Heisenberg" whose persona is associated with the hat. 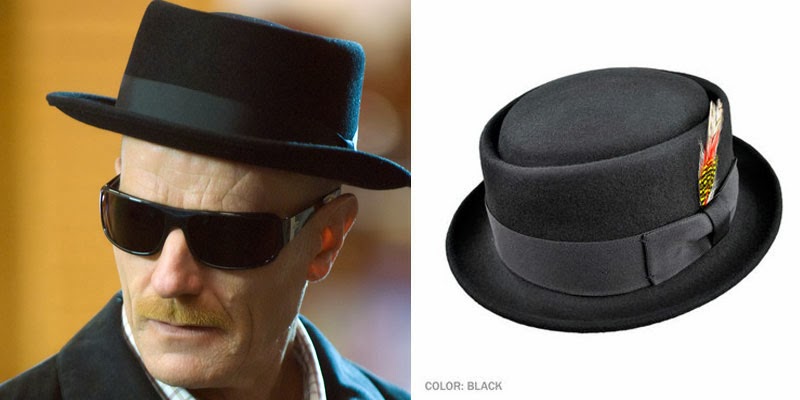 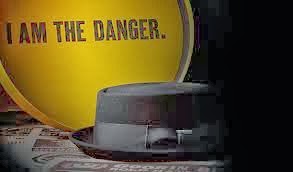 The modern pork pie is worn by both men and women.


Posted by JOHN CALLANAN Hats eye_of_the_designer instragram at 3:30 AM