With all the retail negatively going around, it is delightful t see a new hat store opening.Goorin Bros continues to roll out stores nationwide. Recent additions are Boston and their second store in NYC, on the UBER trendy Bleecker street. The store is mall but quite yet perfect for a focused hat collection. 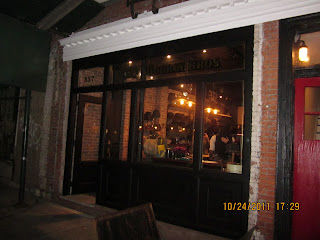 It has a retro ENGLISH feel from the outside but what really caught my attention as the Dickens like character I saw at the cash register. 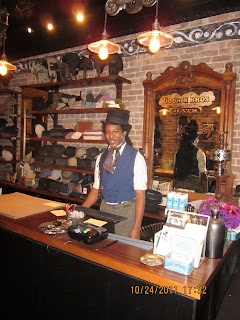 The store manager's name is Evan and he puts the capital D in DANDY. He is quite the Elizabethan gentleman and knowledgeable regarding hats. 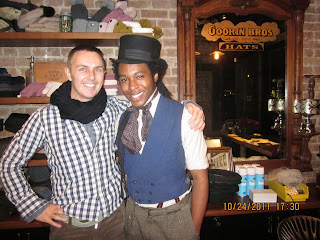 If I wore that low coachman's hat I would look like I was getting ready for Halloween but Evan just pulls it off like an old favorite baseball cap. 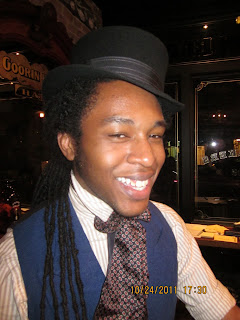 Evan is the koolest kat on Bleecker Street. 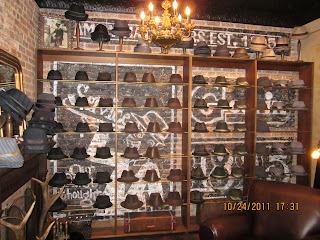 So check out the great selection of great hats on Bleecker street and maybe you can be as kool as Evan also.
Posted by JOHN CALLANAN Hats eye_of_the_designer instragram at 7:50 PM