The hat fall 2012 season is off to a great start. Designers have pushed the envelope to more extreme silhouettes and some might ever say that have "gone to the birds".

Why wear hair? Or wigs? When you can wear feathers instead. 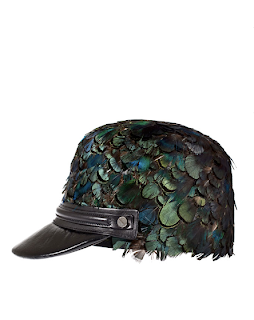 Feathered hats are always special to me, as they were the speciality of my mentor Anne Albrizio's atelier. Most milliners use store bought pads (where the feathers are glued onto a fabric pad) but Anne and her lades glued the feathers individually onto each hat.
If you feel the feathers are too much for you, I suggest this seasons Max and Co's felt cap. 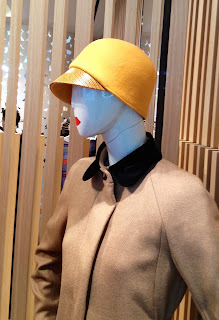 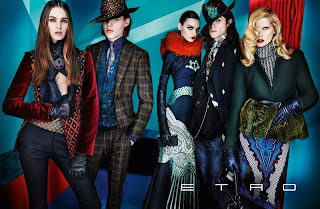 Over at LV they scoured the brocants and their great grandmothers attics for inspiration. 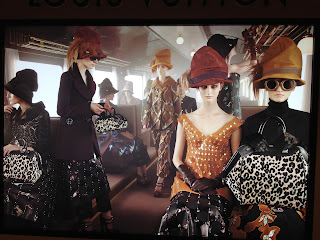 The best way to describe these hats is "a bashed up, over-sized crowned cloche; Reminiscent of a Gibson Girl hat. Gibbon girls circa 1890-1910, tended to have an abundance of curly hair, pinned high on their heads ergo the high and extra large crowns, that sat over the massive hairdos. 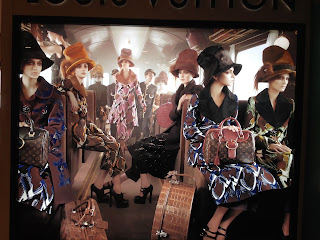 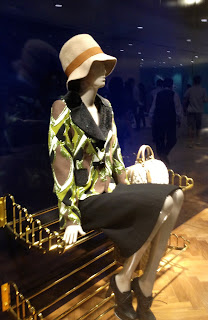 The stylized hats of the add campaign has been tamed down for the stores, to a high crowned  cloche, with a raw edge. You can create this look yourself by buying a soft, raw edged,  felt fedora and punching the crown out. 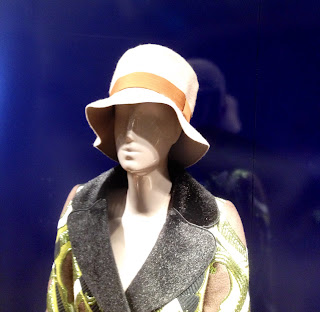 Vivienne Westwood also went to the attic for inspiration. Again we see the over sized crown donned over a high top knot hairdo. 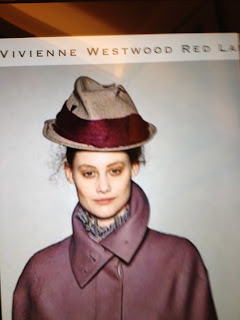 Mark Jacobs hat du jour is an over-sized faux fur style that is really more suited as a Burning Man headpiece or as a Halloween outfit. 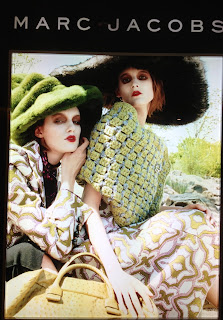 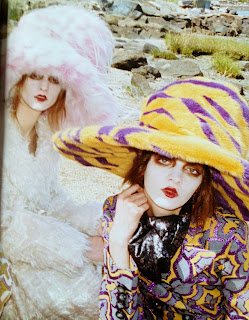 So, the most interesting hats are Louis Vuitton's, Cavalli and Etro 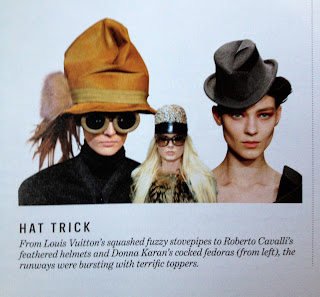 but for me the chicest and most wearable on a daily bases is Donna Karan's fetching fedora in black and grey. 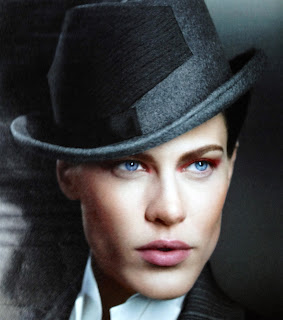