Pingyao is a gem of a city once you can get over the very high levels of pollution, caused by the burning of coal for local industry as well as domestic heating and cooking. Most stores will have a little pot belly stove for heating hot water with a pipe spewing smoke out the side building. You will see no little anywhere but the city is coated in coal dust which will irritate your eyes and throat. I would certainly recommend a face mask. The city does not see too many western visitors. The weekend we were there, I saw maximum 24 other western visitors. In fact, we became part of the sigh-seeing with many local tourist asking for permission to have their photos taken with us. 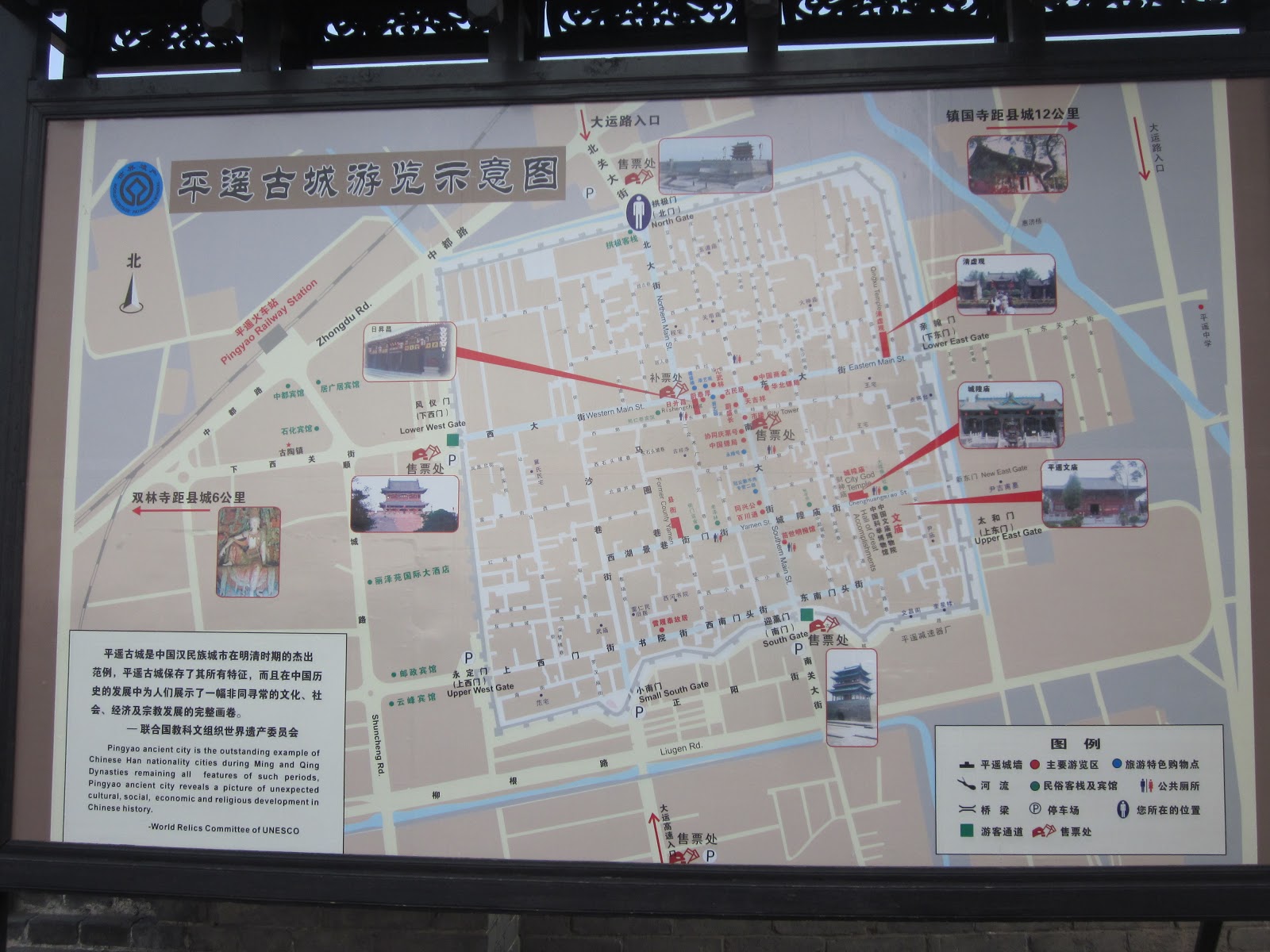 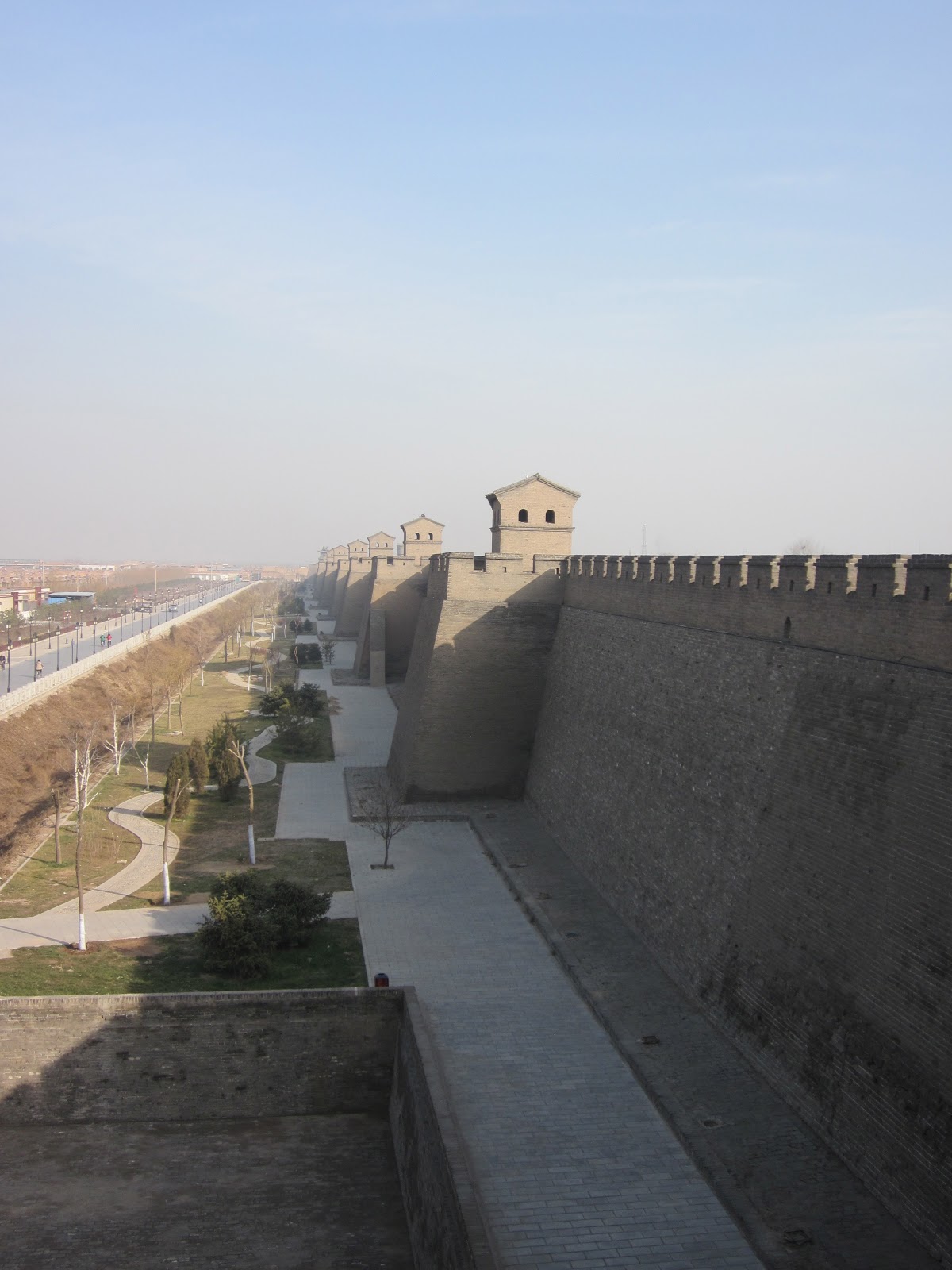 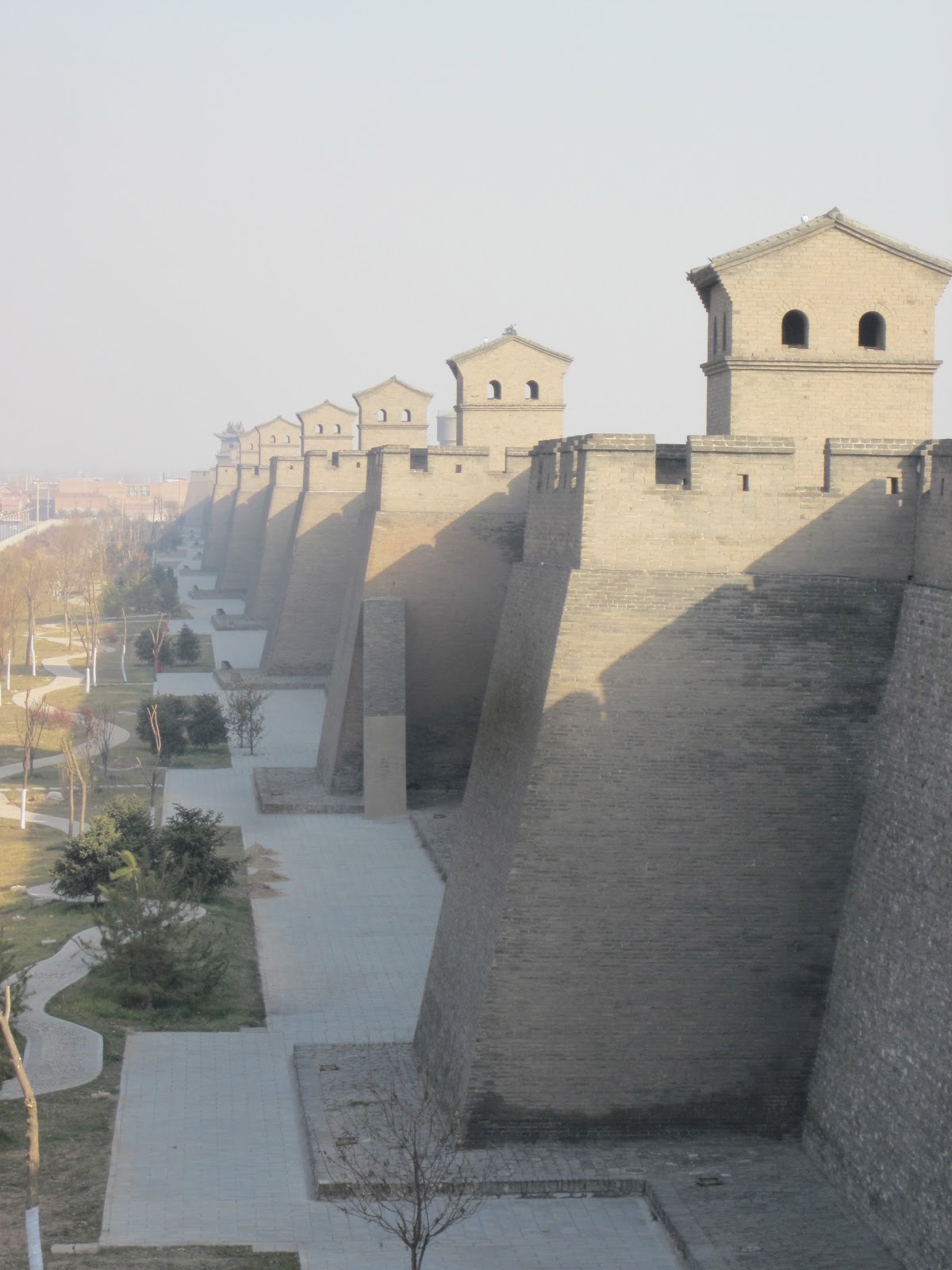 The wall is of compacted earth covered by bricks and stones. 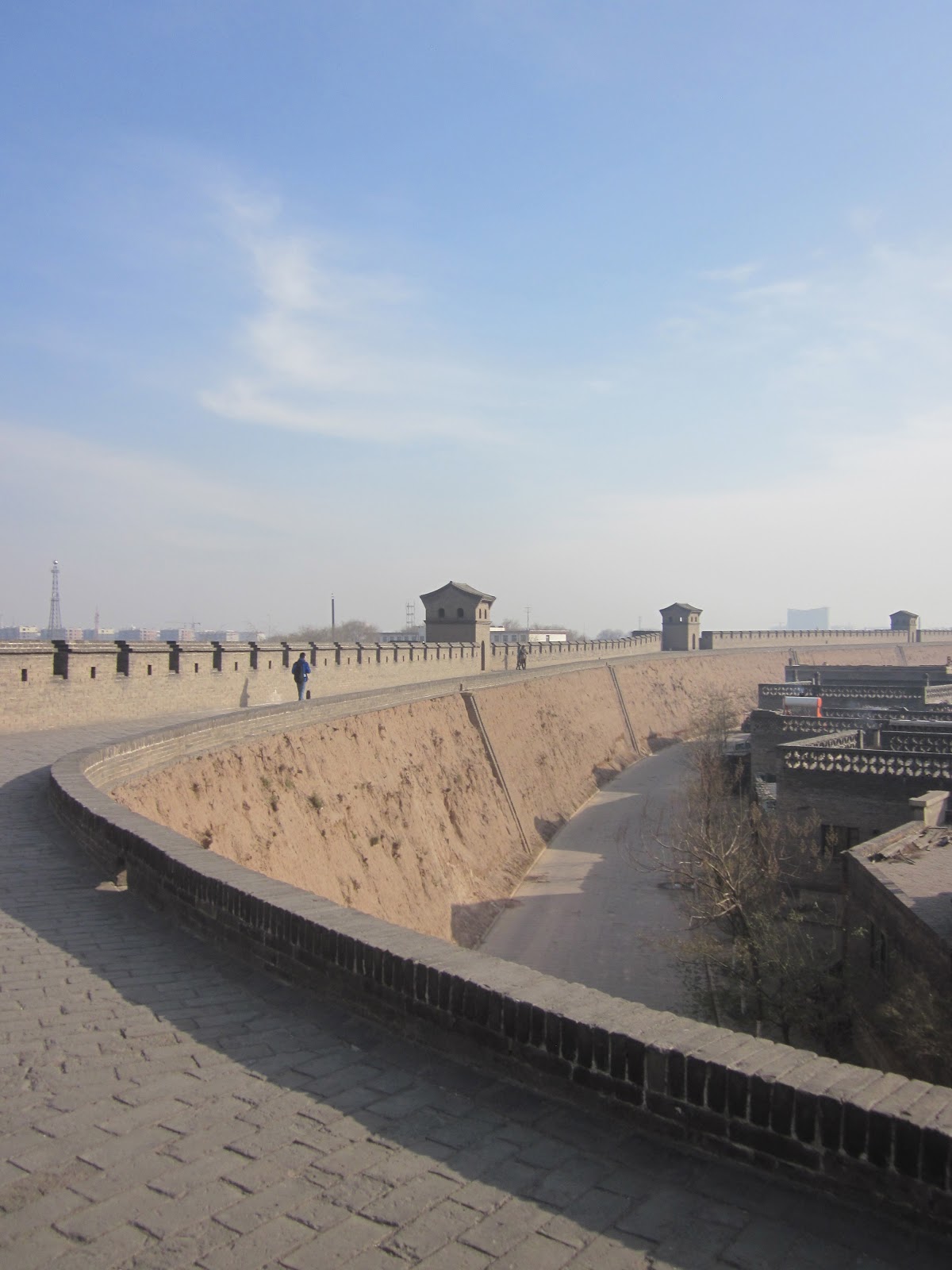 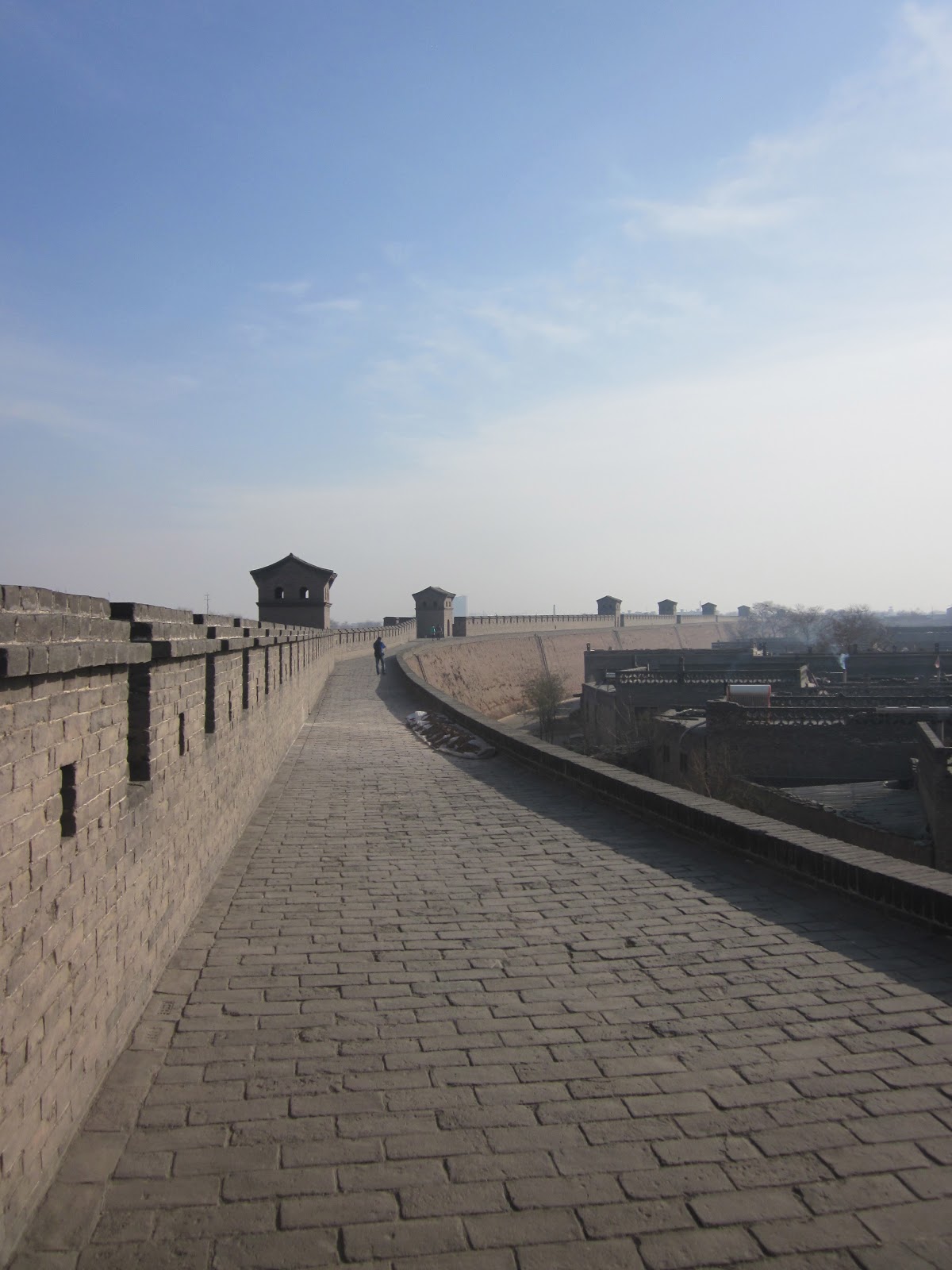 From a bird's eye view the rectangular wall resembles a tortoise. There are six city gates,
one each on the North and south walls, and two each on the west and east walls. The South gate is the head of the tortoise, the two wells outside being the two eyes of tortoise. 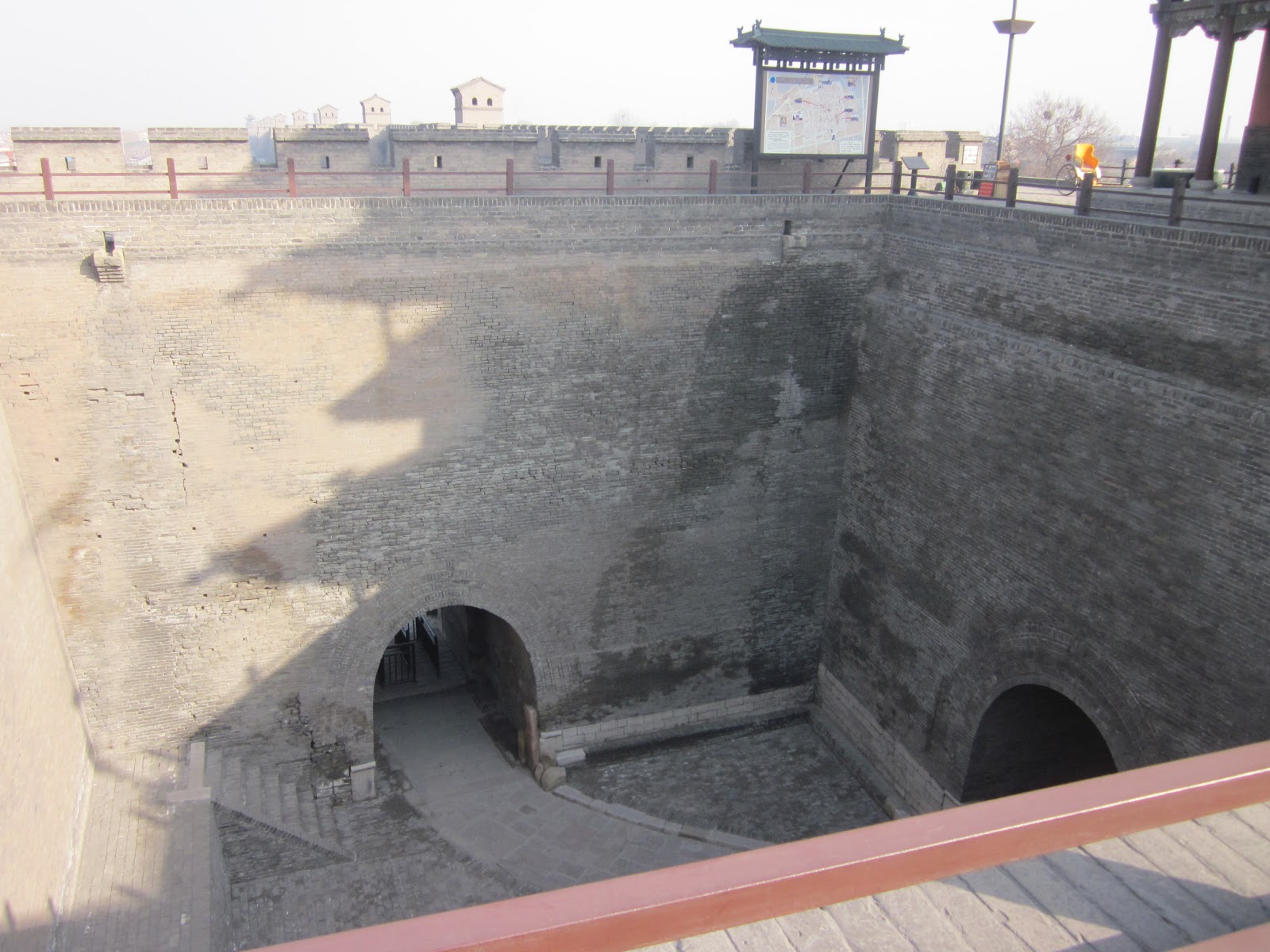 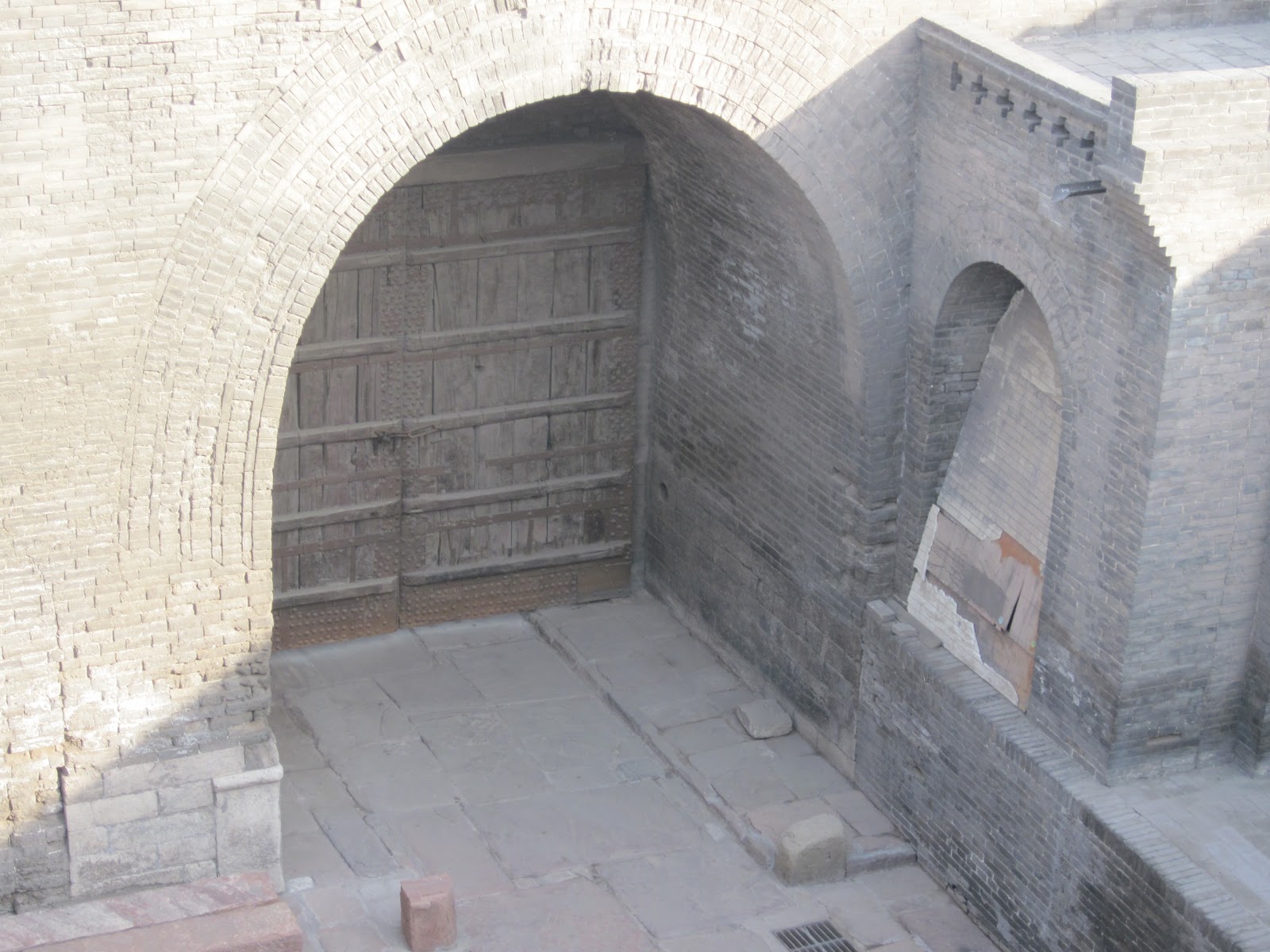 The north gate, the lowest place of the city, is the tail of tortoise. Traditionally the tortoise was considered a symbol of longevity, so through ancient times the hopes were that Pingyao Ancient City would be permanently secure. There are 72 watchtowers on the top of city wall and 3,000 external battlements. 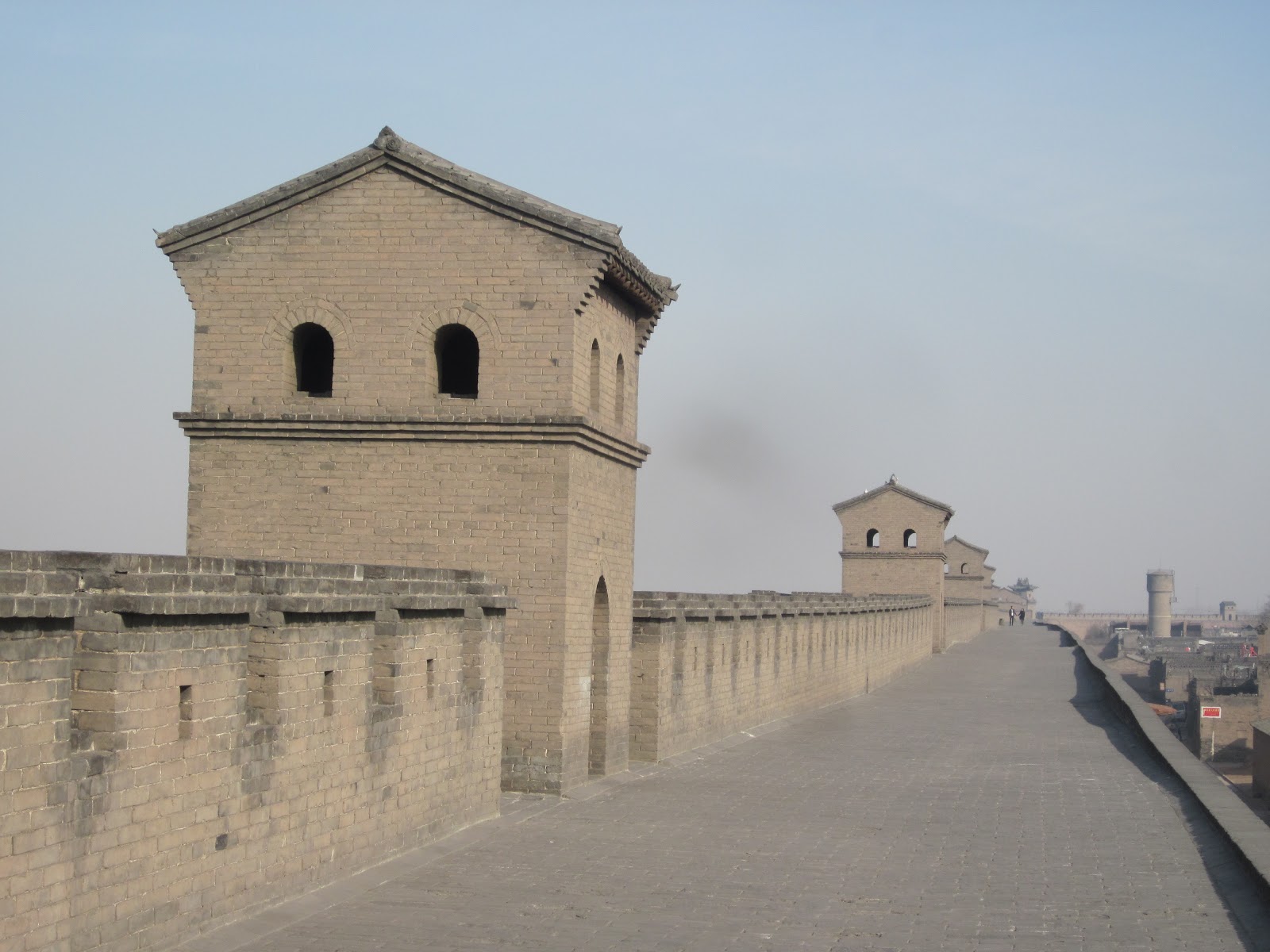 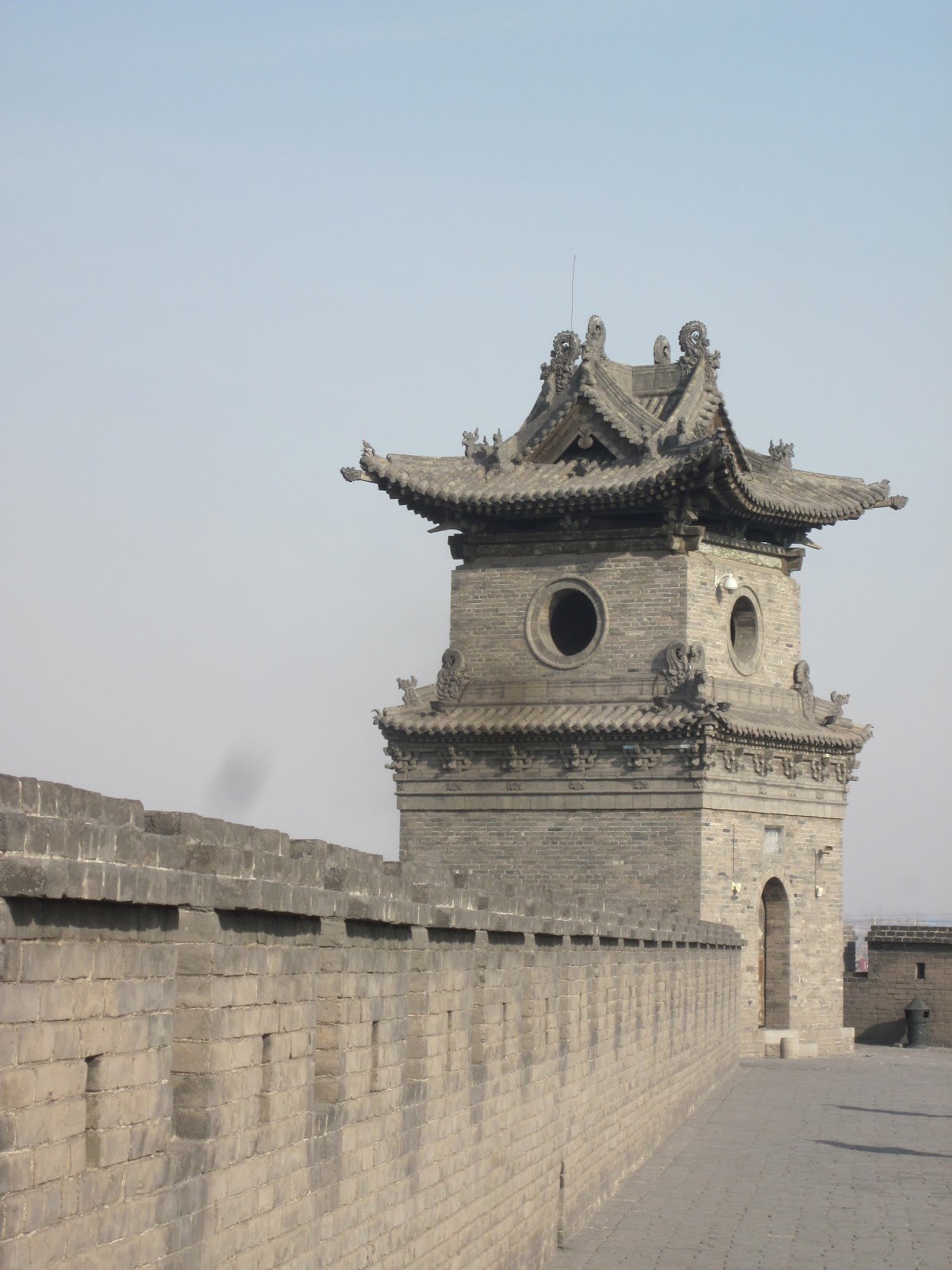 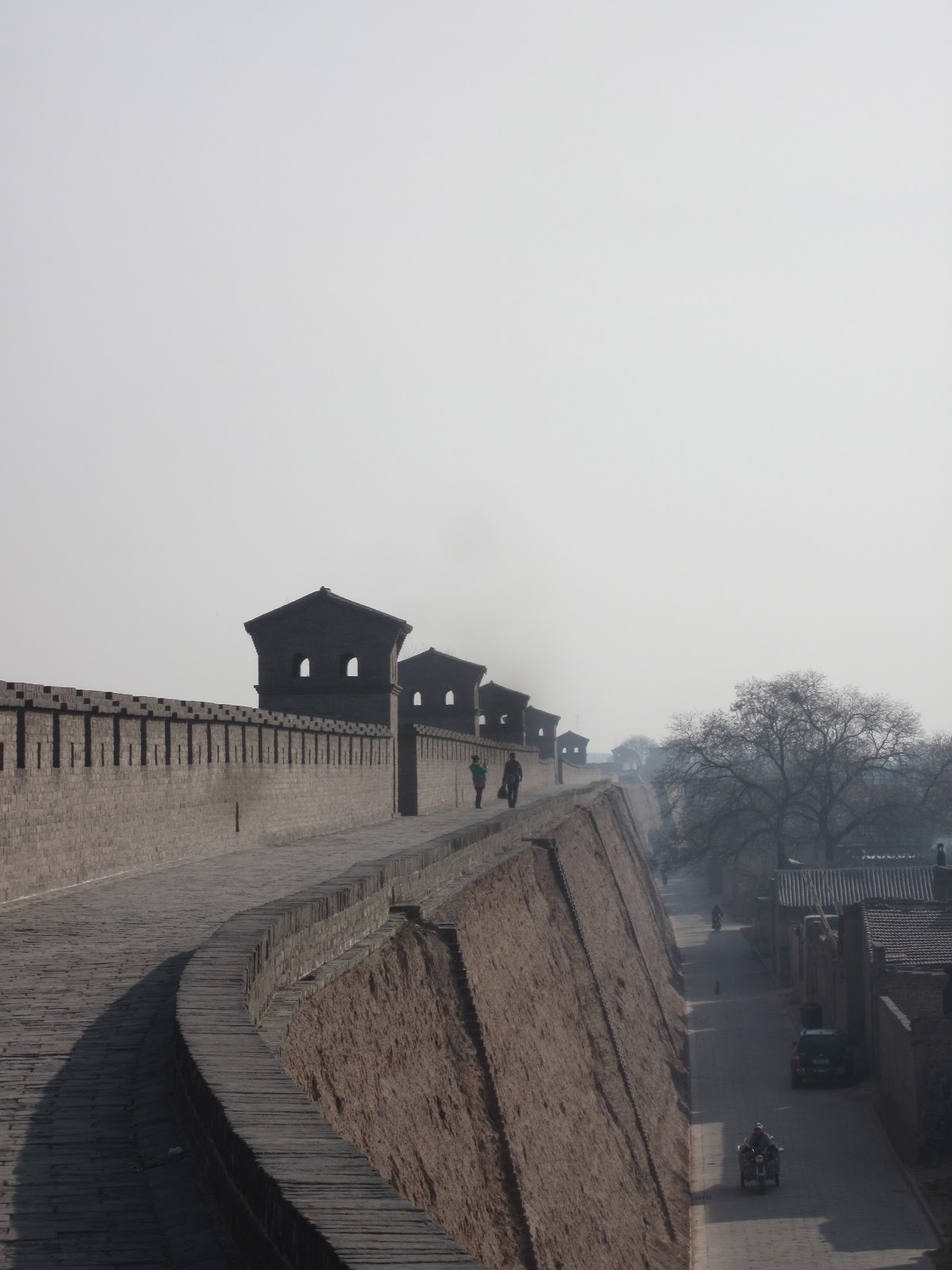 It is said that the 72 watchtowers represent 72 people of great wisdom, the 3,000 battlements the 3,000 disciples of Confucius.
Some statues and seating areas have been added to the walkways. 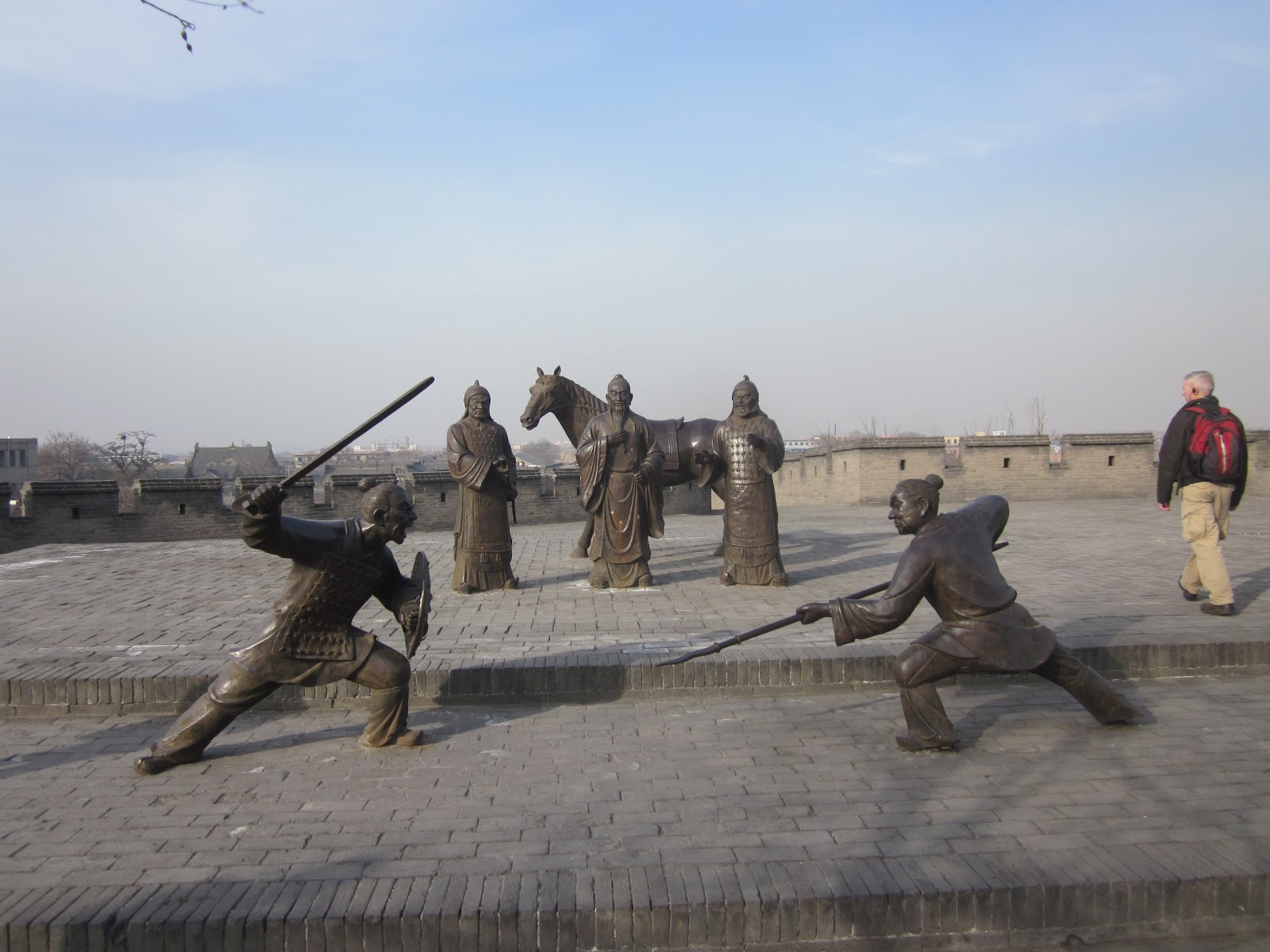 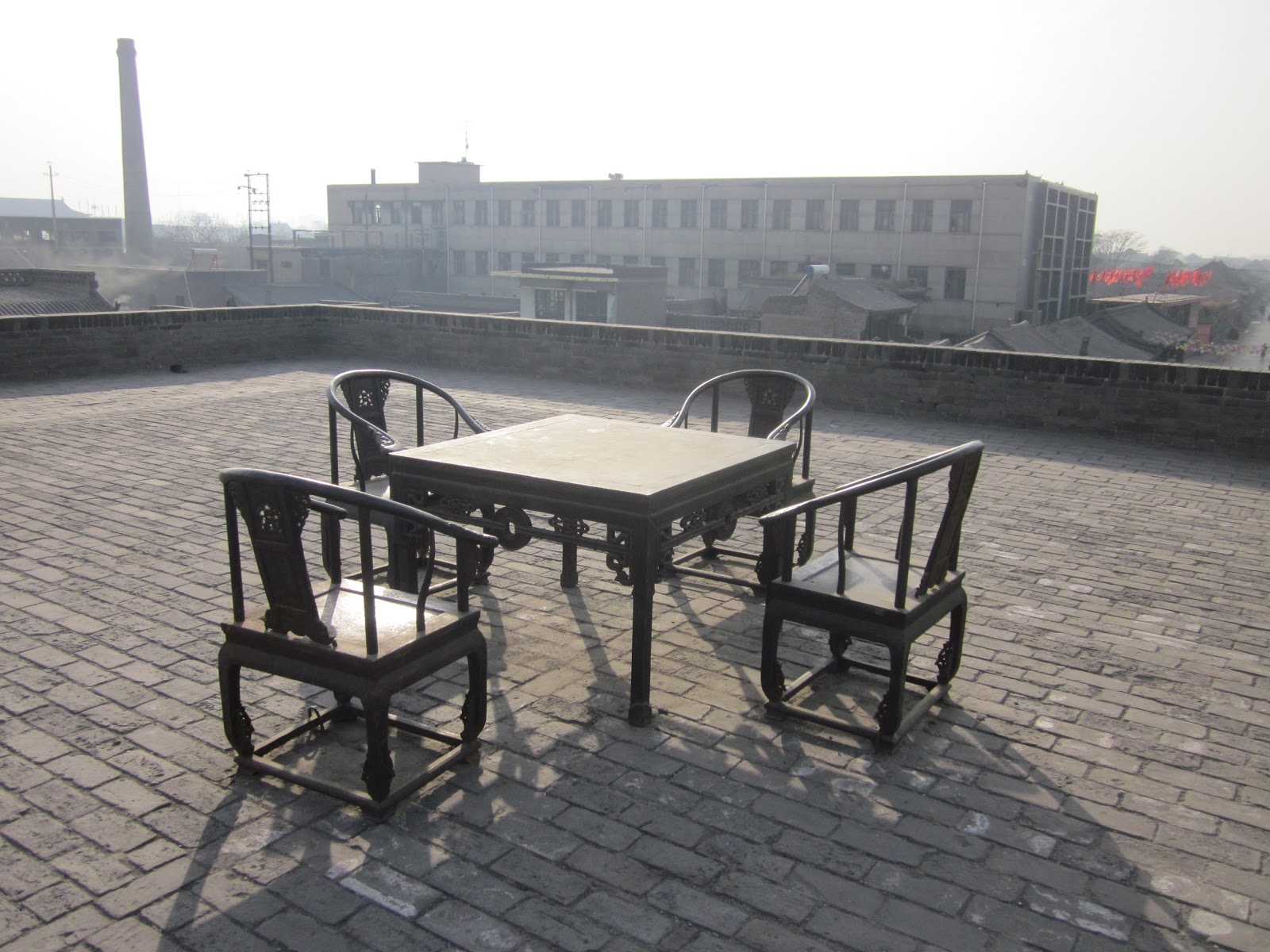 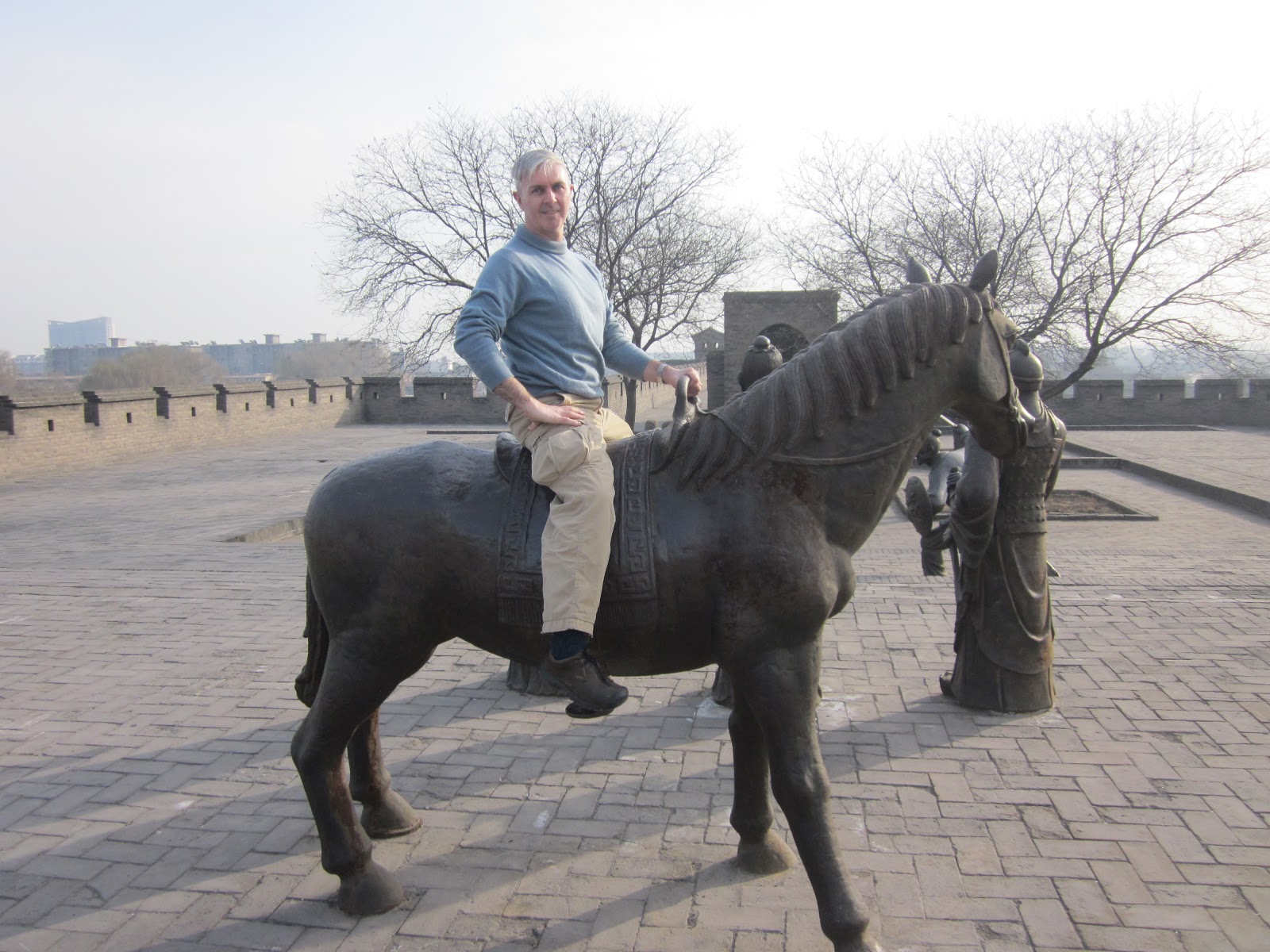 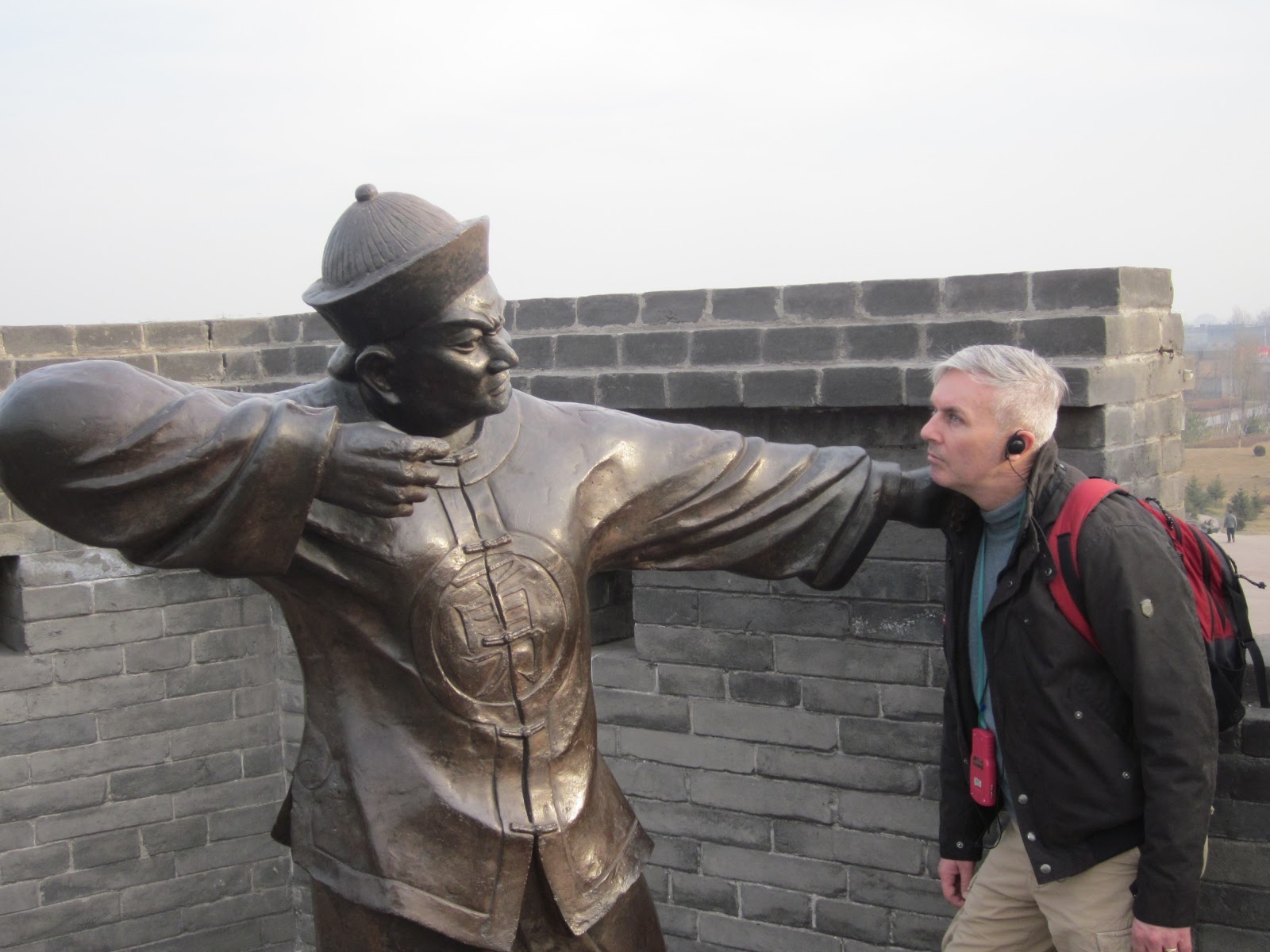 You get a super birds eye view of the house roofs from the walls, as well as being able to peep into people courtyards.

Little boys everywhere play at defending castles or playing Ninja turtles. These little lads do not have to pretend to defend the castle walls, they will within them daily. 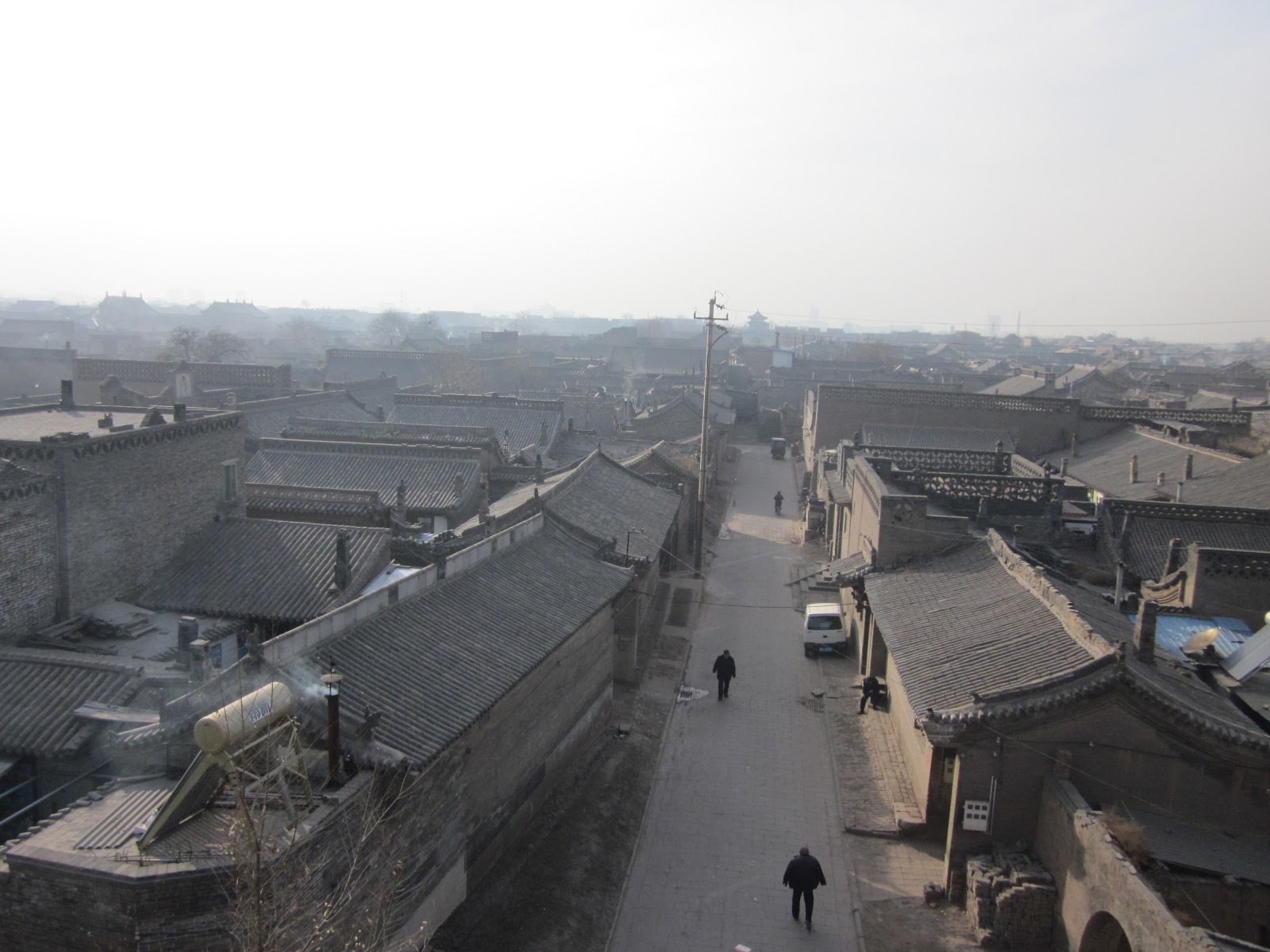 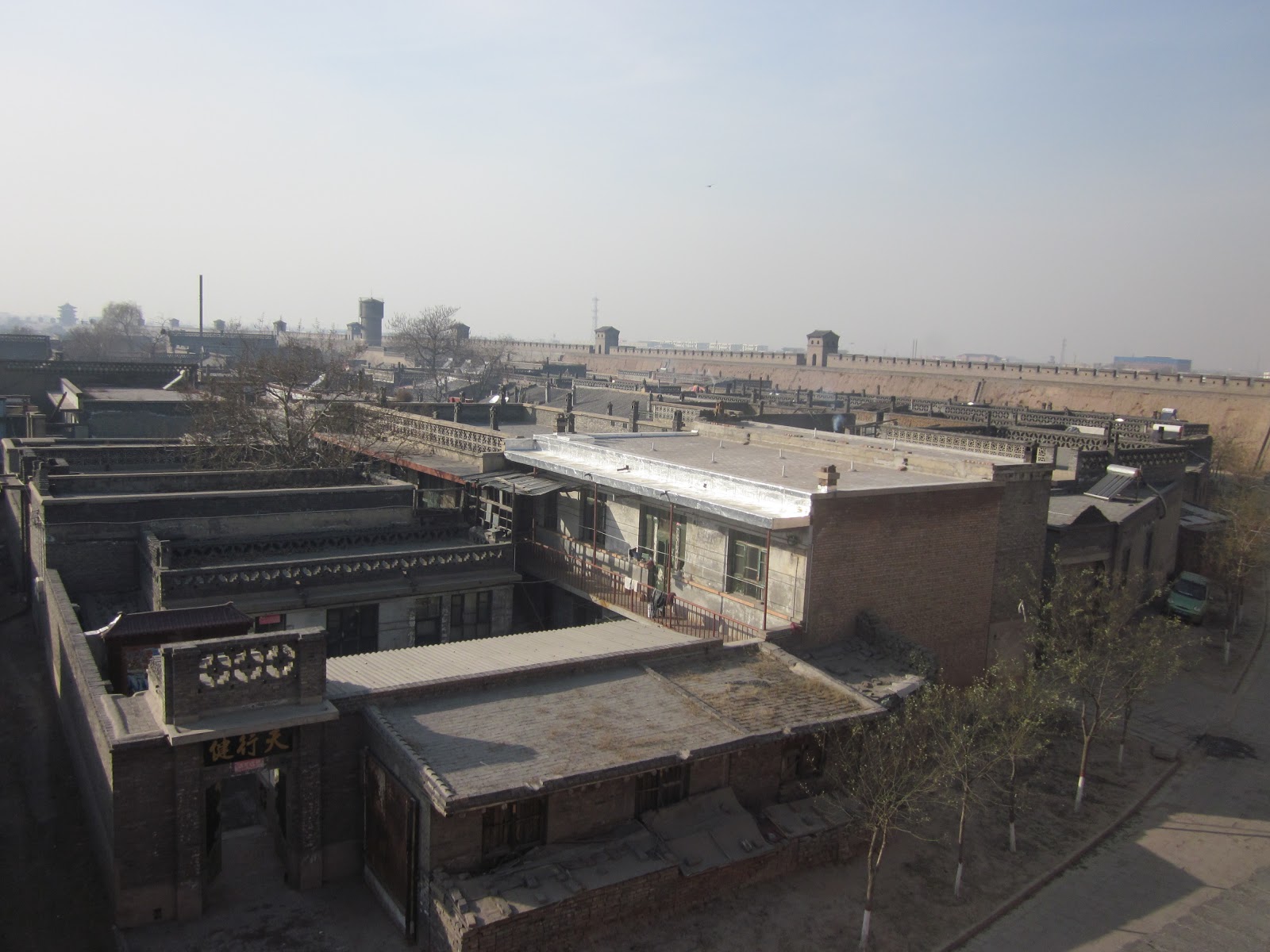 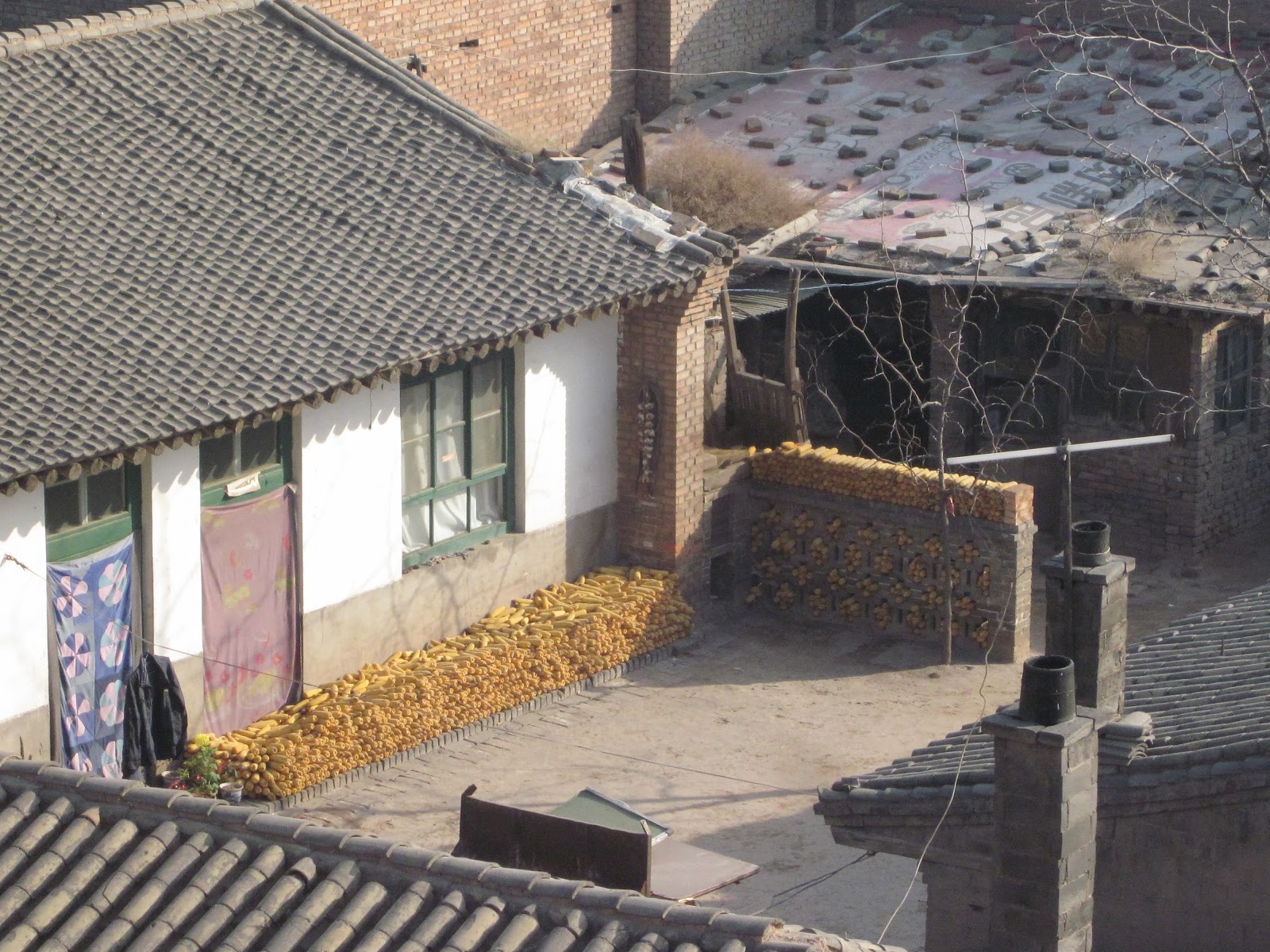 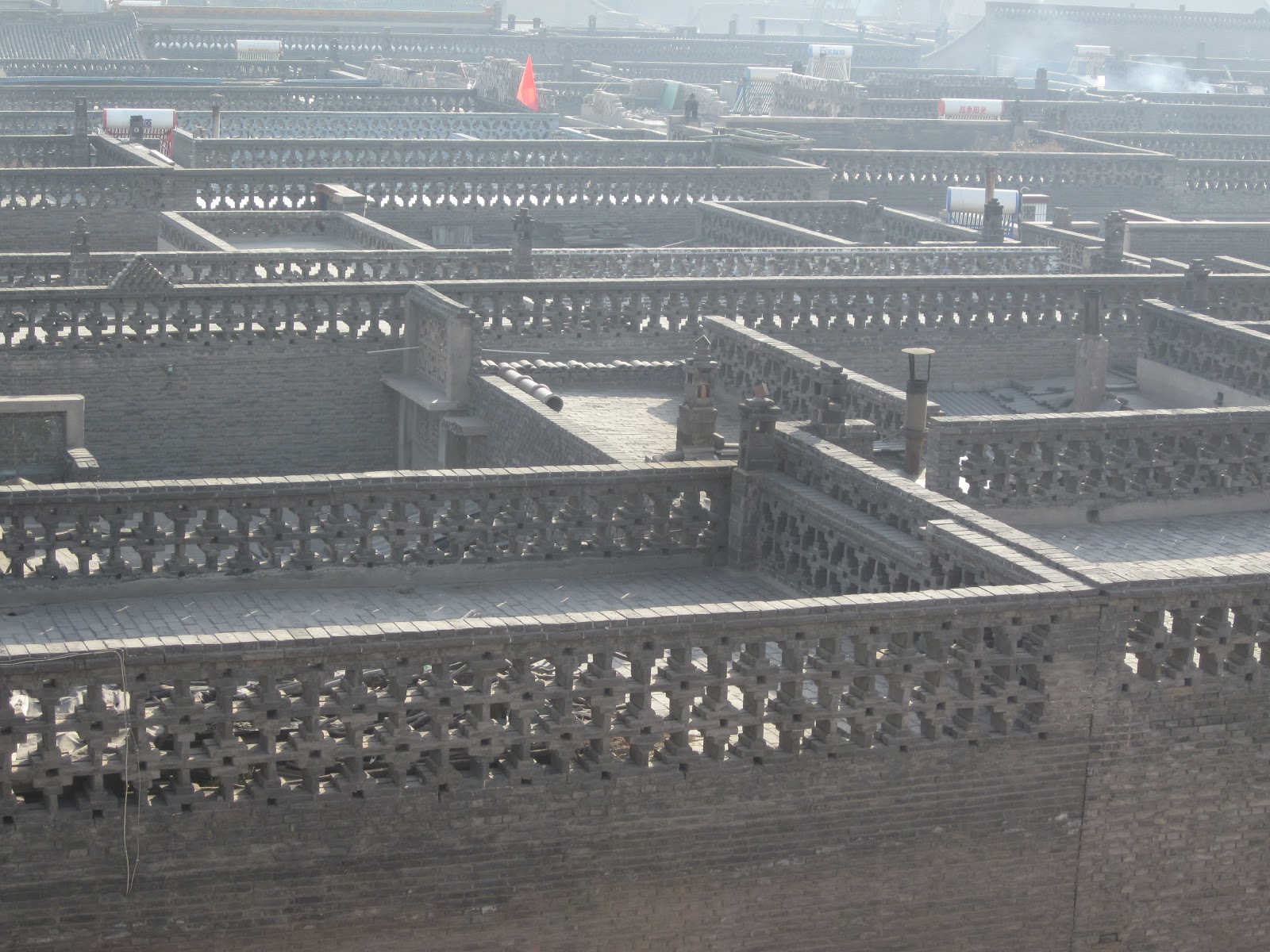 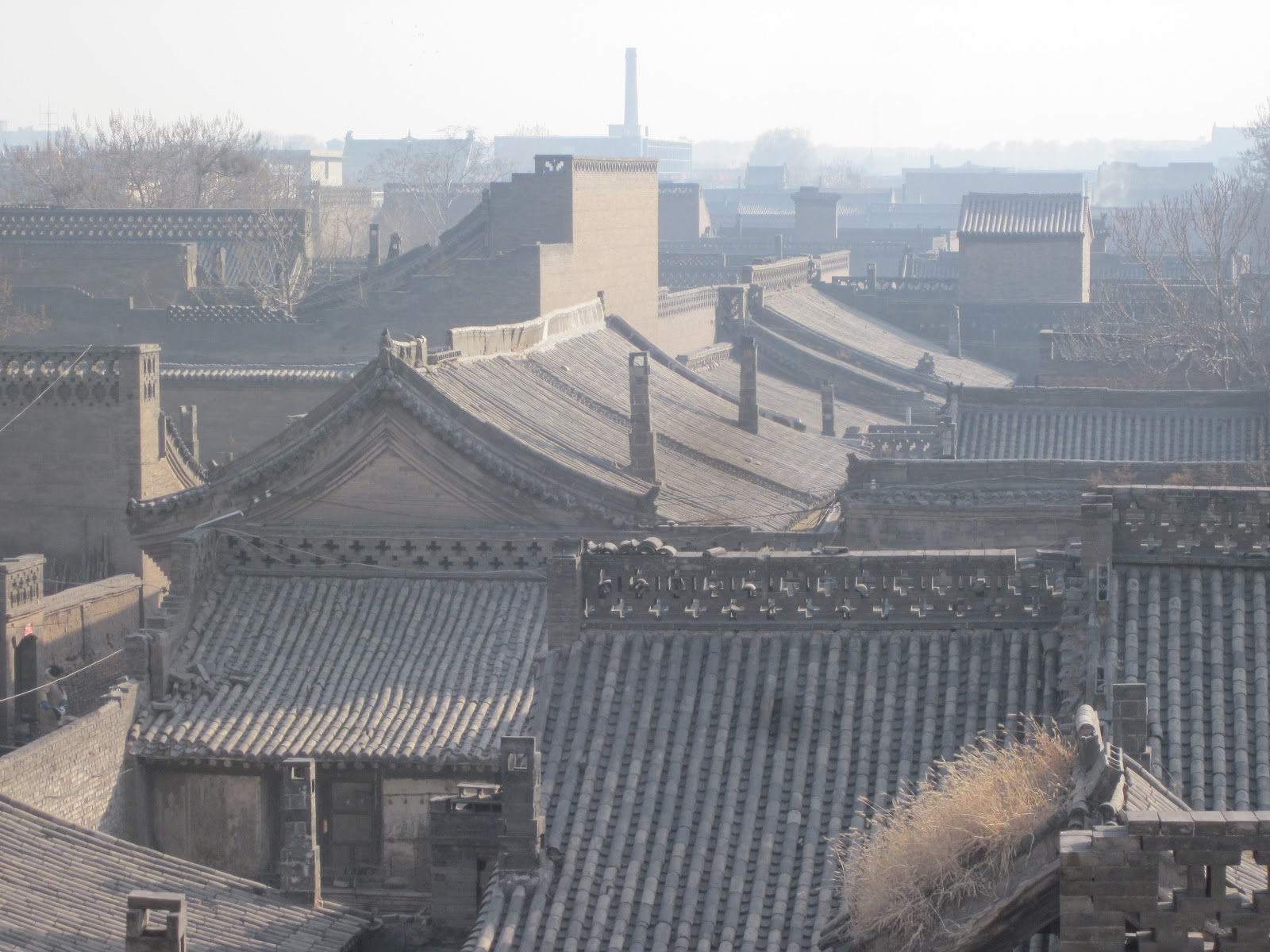 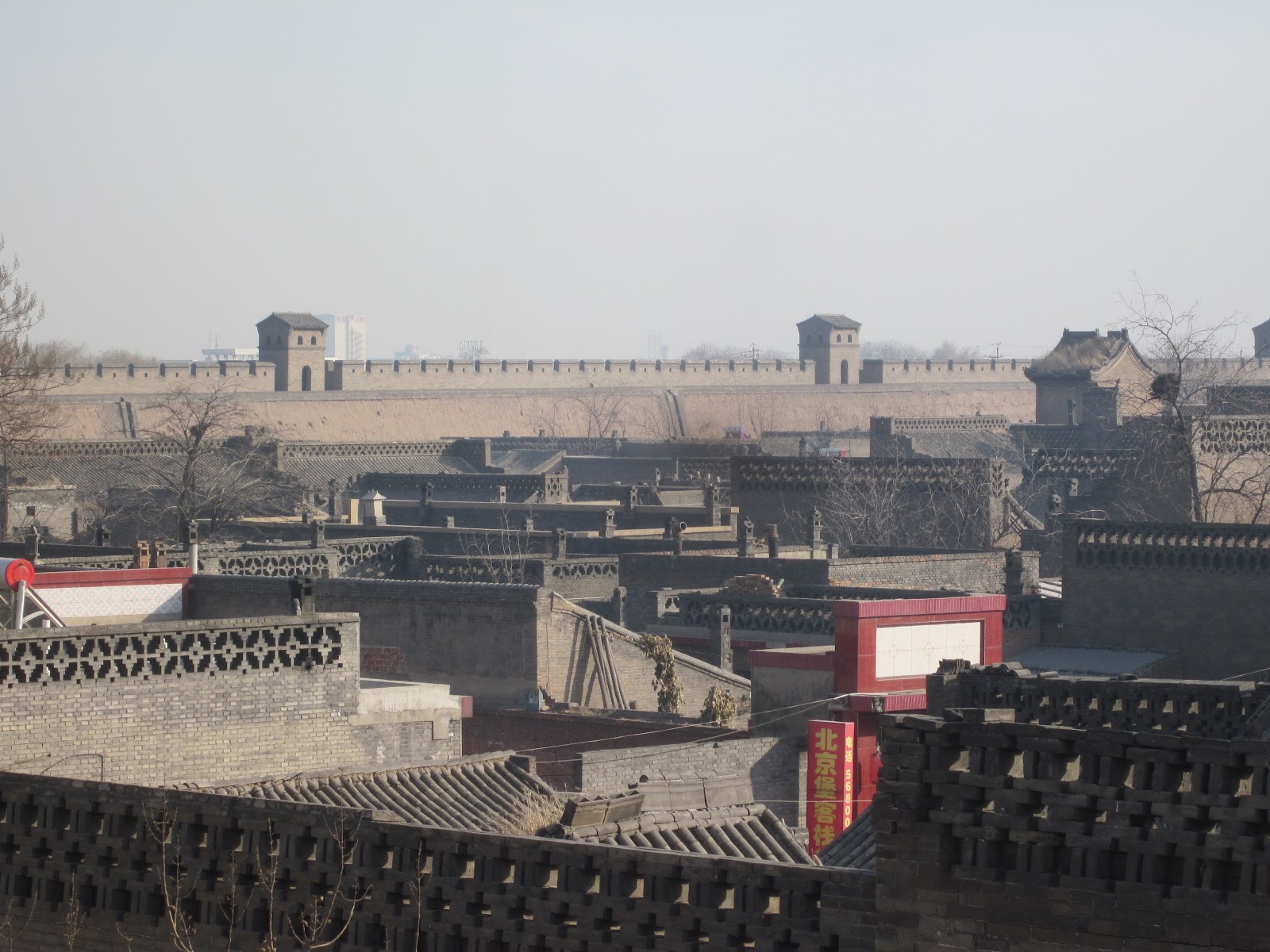 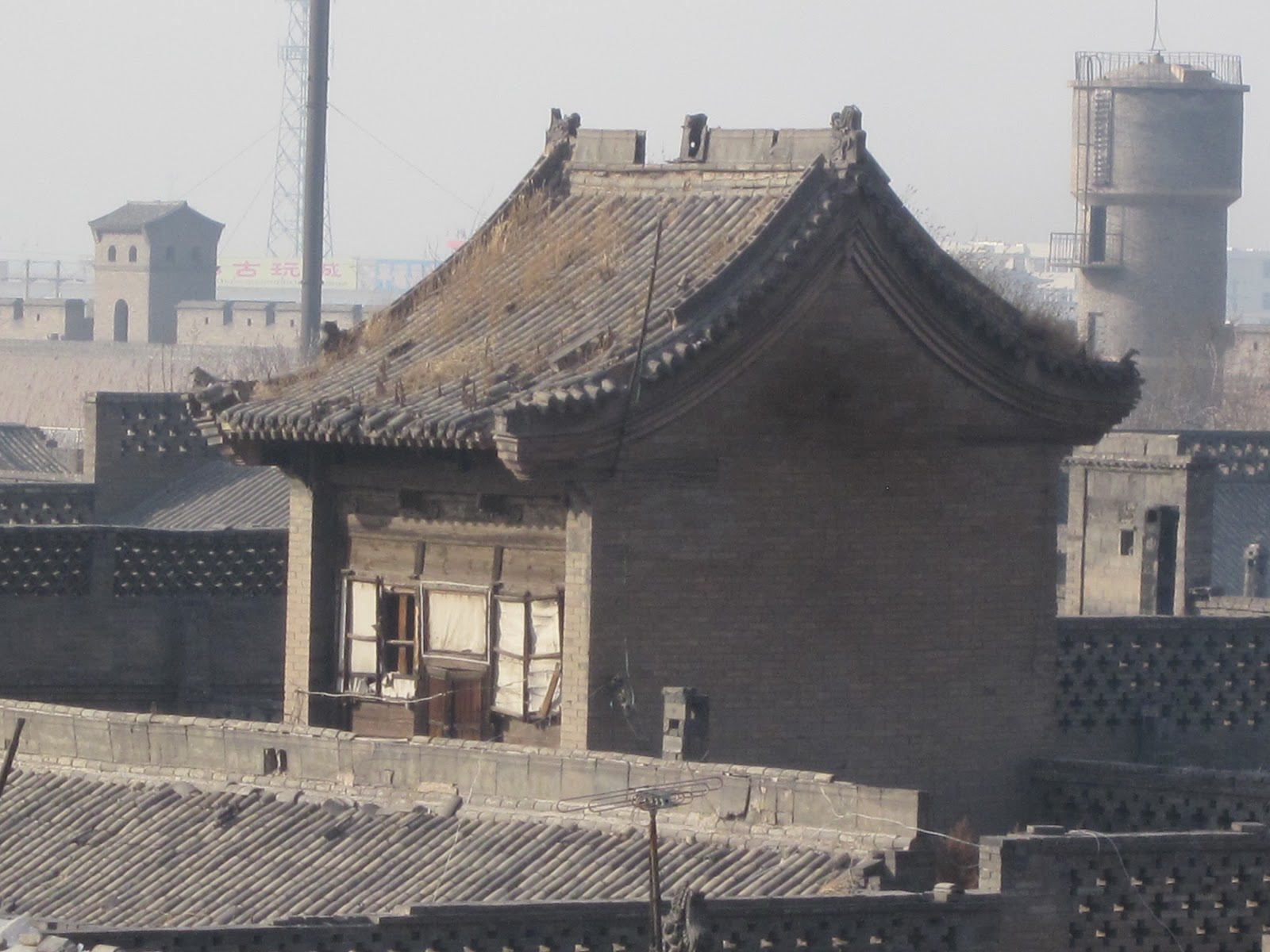 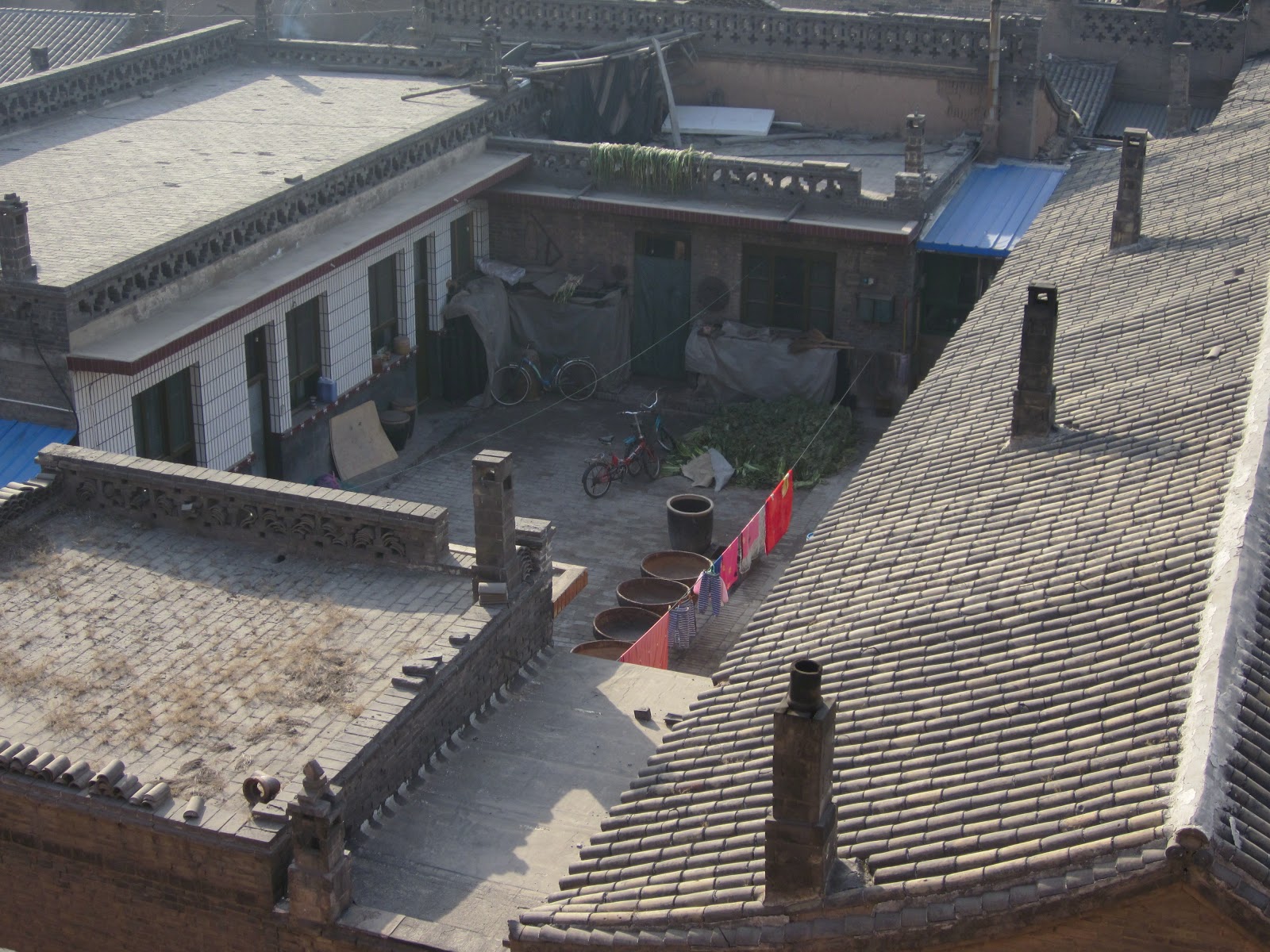 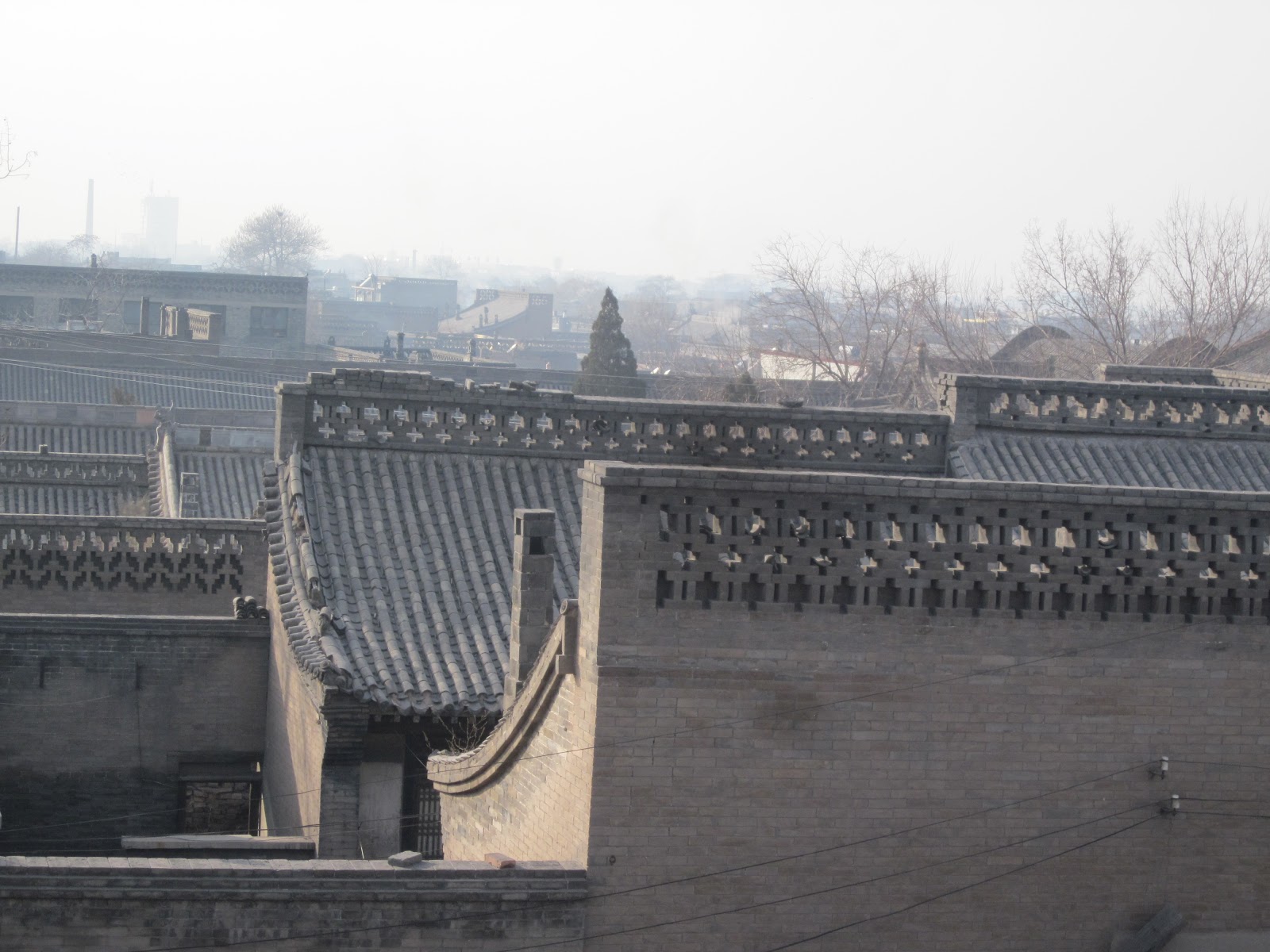 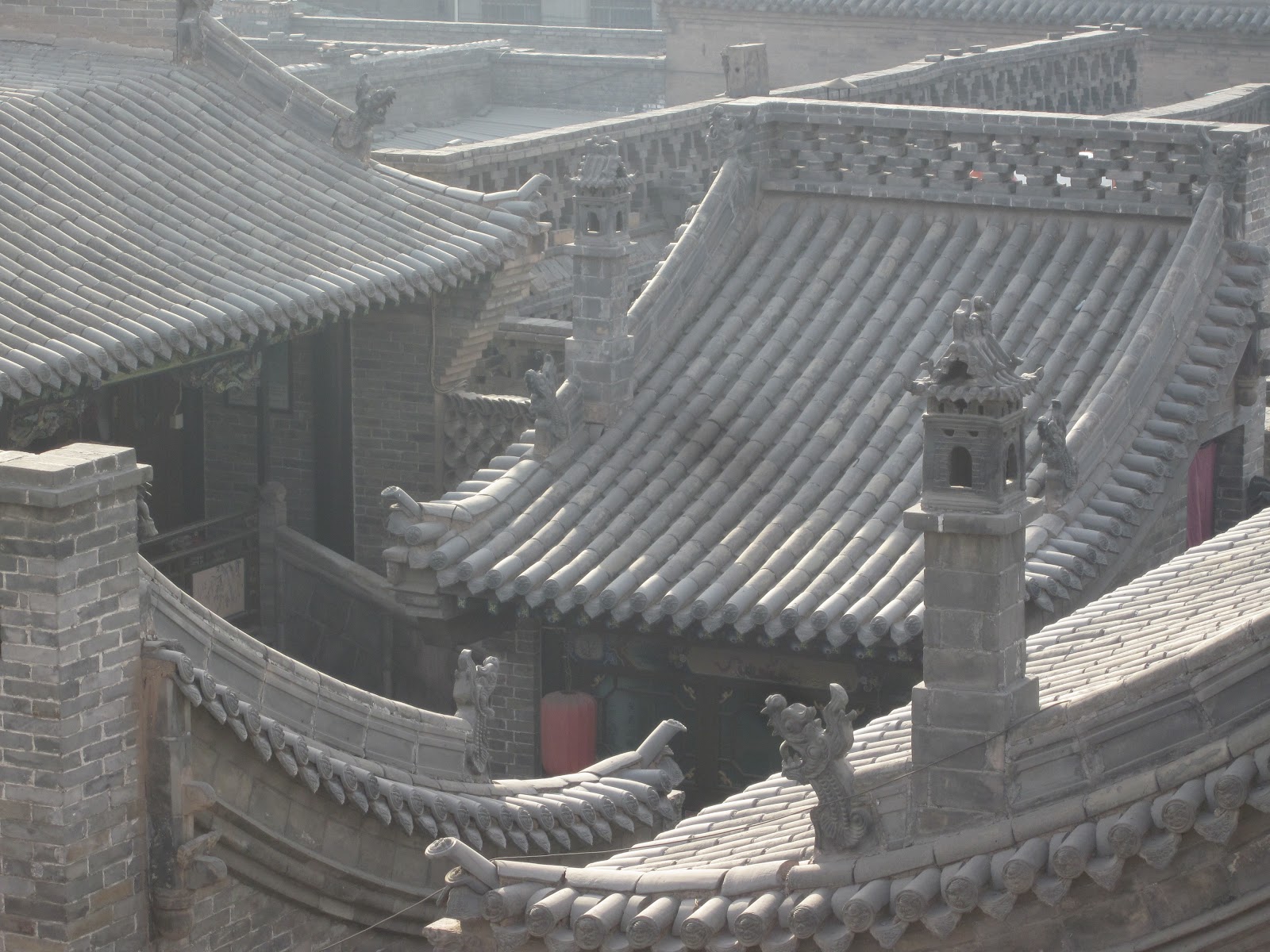 Like most of China the colors are grey accented with red. There is little vegetation.

Posted by JOHN CALLANAN Hats eye_of_the_designer instragram at 2:04 AM