PHRENOLOGY and the criminal mind

What is Phrenology you ask?
Phrenology was developed by a German physician named Franz Joseph Gall in the late 1700s. Gall noticed that the cerebral cortex of humans was much larger than that of animals, which he believed was what made humans intellectually superior. Eventually, he became convinced that the physical features of the cortex could also be seen in the shape and size of the skull. 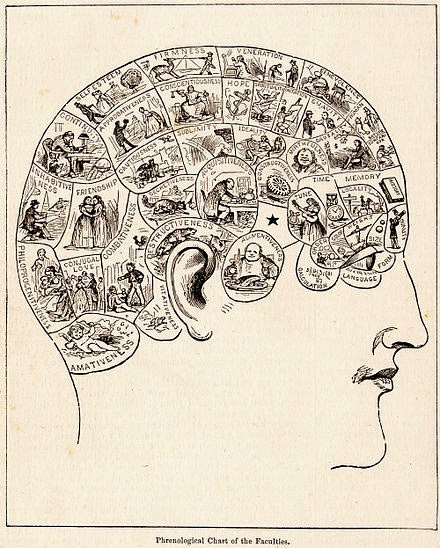 After examining the heads of a number of young pickpockets, Gall found that many of them had bumps on their skull just above their ears. He then suggested that the bumps, indentations and shape of the skull could be linked to different aspects of a person's personality, character and abilities. With his young pickpockets, for example, he suggested that the bump behind their ears was associated with a tendency to steal, lie or deceive.

Gall sought support for his ideas by measuring the skulls of people in prisons, hospitals and asylums, especially those with odd-shaped heads. Based on what he found, Gall developed a system of 27 different "faculties" that he believed could be directly diagnosed by assessing specific parts of the head. He created a chart that showed which areas of the skull were associated with specific traits or characteristics. 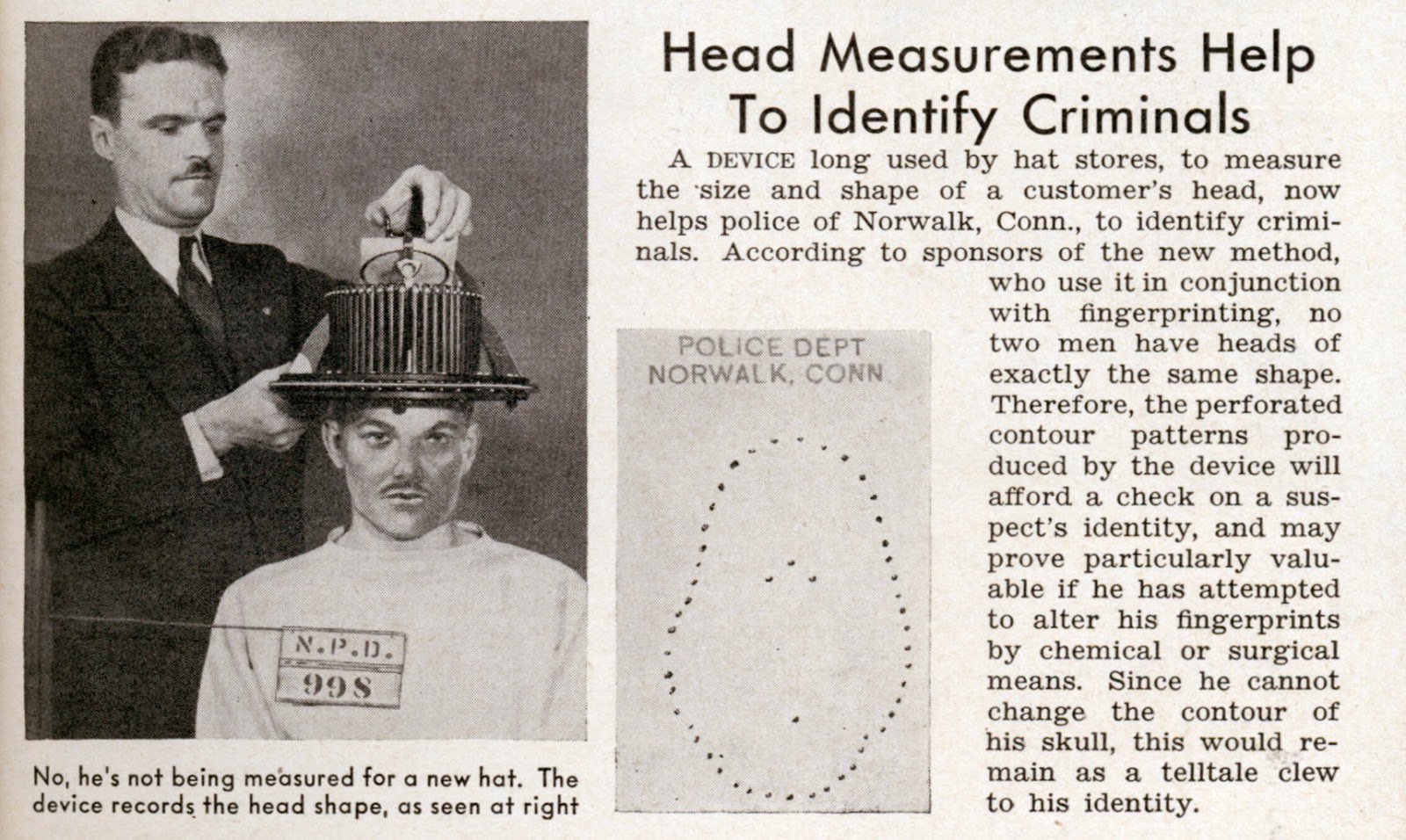 So, if the hat don't fit, then you must acquit! 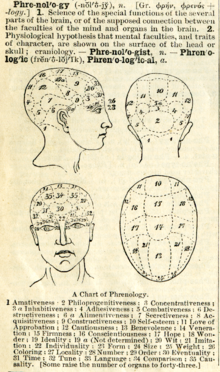 However, Gall's methods lacked scientific rigor and he chose to simply ignore any evidence that contradicted his ideas. Despite this, phrenology became increasingly popular from the 1800s well into the early 1900s. Gall's ideas gained many followers, but he began to attract considerable criticism from scientists as well as other groups. The Catholic church believed that his suggestion of a "religion organ" was atheistic, and in 1802 his publications were added to the Index of Prohibited Books. After Gall's death in 1828, several of his followers continued to develop phrenology, taking it from Gall's attempts at science into something of a cult. Phrenology references also began showing up frequently in popular culture.
Despite phrenology's brief popularity, it eventually became viewed as a pseudoscience much like astrology, numerology and palmistry. Criticism from some of the best-known brain researchers played an important role in this reversal of popular views of phrenology. In 1843, Pierre Flourens found that the fundamental assumption of phrenology - that the contours of the skull corresponded to the underlying shape of the brain - was wrong. In his Elementary Treatise on Human Physiology, physiologist Francois Magendie summed up his dismissal of phrenology by writing:

Phrenology, a pseudo-science of the present day; like astrology, necromancy, and alchemy of former times, it pretends to localize in the brain the different kinds of memory. But its efforts are mere assertions, which will no bear examination for an instant.

While phrenology has long been identified as a pseudoscience, it did help make important contributions to the field of neurology. Thanks to the focus on phrenology, researchers became more interested in the concept of cortical localization, an idea that suggested that certain mental functions were localized in particular areas of the brain.
While Gall and other phrenologists incorrectly believed that bumps on the head corresponded to personality and abilities, they were correct in believing that different mental abilities were associated with different areas of the brain. Modern research methods allow scientists to use sophisticated tools such as MRI and PET scans to learn more about the localization of function within the brain.
Posted by JOHN CALLANAN Hats eye_of_the_designer instragram at 8:12 PM