This was a definite winged themed weekend for me. We had seen Part 1 "The Millennium Approaches" of Angles in America last November and finally got to see part 2 Perestroika on Friday night at SIGNATURE THEATER COMPANY. Set in the winter of 1986, it is still as poignant today, 25 years later. Part 2 is nearly 4 hours but it is so intense, so consuming, that it is over before you realize it. All the actors are outstanding, so it would be unfair to pick 1 out from the cast. Nevertheless, the angle's appearance never fails to startle the audience. The Divine light at her appearance, being so intense I was forced to look away. The angle Bethesda, whose appearance in the second temple, caused a miracle causing spring to bubble where her foot alighted. The play finale is set at the Bethesda fountain in central Park. 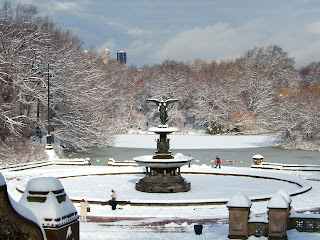 Last night we went to see BLACK SWAN, a bird of a different feather. A psychological thriller set in the world of New York City ballet, BLACK SWAN stars Natalie Portman as Nina, a ballet dancer who wins the lead in "Swan Lake" and is perfect for the role of the delicate White Swan, but slowly loses her mind as she becomes more and more like the evil twin sister of the White Swan, the Black Swan. Psychologically abused by her mother and choreographer she takes on a dual personality. The audience cannot make out what is real and what is imagined in Nina's warped world. I had to cover my eyes a few times as it is quite gory and scary. great acting but not everyone cup of tea. Should get some nominations however.

All these winged things got me thinking about the beautiful angles I saw in the La Recoleta Cemetery  in Argentina. 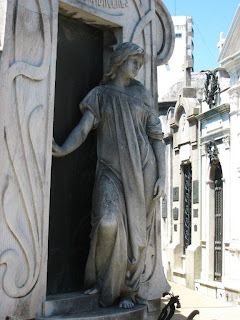 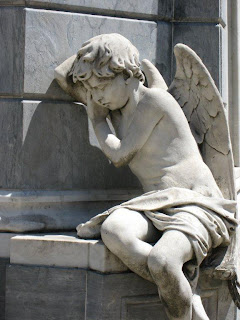 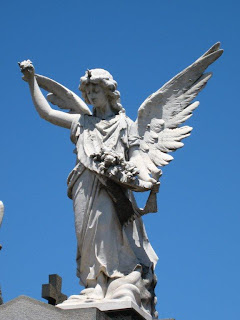 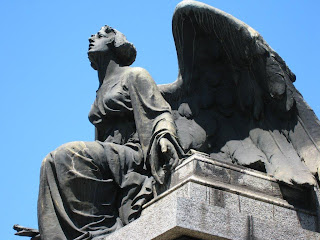 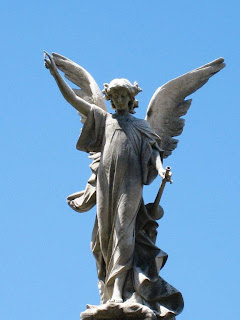 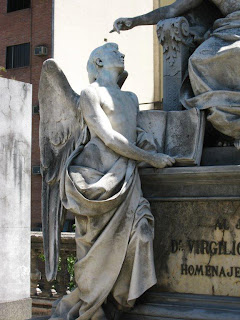 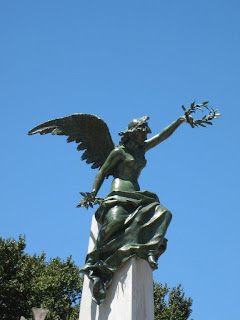