HAT TRIVIA. Who designed the earmuffs? 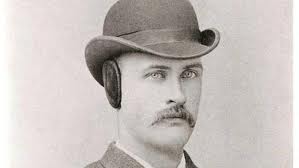 Each December, for the past 36 years,  the residents of Farmington, Me., have held a parade for their favorite son, a boy who invented earmuffs. According to town legend, Chester Greenwood was a 15-year-old with large and sensitive ears. “So,” writes Nancy Porter, in the book “Chester . . . More Than Earmuffs,” “he bent wires into circles with a connecting wire over his head.” Greenwood had his grandmother sew fabric onto the part that covered the ear. “Let it be known,” began his 1877 patent application, “that I, Chester Greenwood, . . . have invented certain new and certain useful Improvements for Ear-Mufflers.”

He may not have been the first person to ever put a so-called muffler over an ear, but he made a fortune off it.

By 1882, Chester Greenwood & Company was making 50,000 pairs a year. By the start of World War I, Greenwood, who would go on to also patent the spring-toothed rake, landed a lucrative contract with the armed forces. (“Everyone in the service really jumped on the bandwagon,” says Vasilios Christofilakos, chairman of the Fashion Institute of Technology’s accessories-design department.) In 1938, a year after Greenwood’s death, Life magazine likened his simple innovation to “the Model T Ford” of earmuffs.﻿ Five years later, Miss New York appeared on Life’s cover resplendent in earmuffs. Inside, it hailed the ascendancy of the accessory to “the top rung of the fashion ladder.” 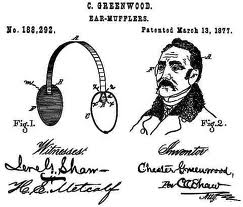 Alas, the earmuff could not maintain its cachet. After playing a supporting role in the fashion tragedy that was the 1980s (“You would spend the $50 for a pair of mink earmuffs, and you were hot,” Christofilakos says), it lost market share to head gear like 180s, a fleece headband-cum-earmuff commonplace among teenagers, suburban dads and even sports fans in inclement cities. There are, however, signs of a renaissance. Louis Vuitton has since sold earmuffs for $985; Gucci for $390. A couple years ago, Ivanka Trump bought 20 faux-chinchilla earmuffs for her closest friends. “I cleared them out,” she says.

For the last 25 years, Clyde Ross, a retired social-studies teacher, has portrayed Chester Greenwood in the annual Farmington parade. Here, he explains: 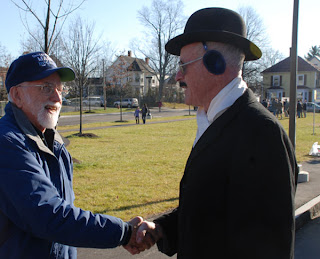 Chester Greenwood's grandson, George Greenwood, at left, greets Clyde Ross of Farmington, who has played Chester Greenwood in the parade for many years.
How did you assume this role?
I was elected by popular vote.
Do you bear much resemblance to him?
If I put on a mustache and a bowler hat, and you stood us side by side, it would be quite similar.
Is the parade the only time of year that people refer to you as Chester Greenwood?
Well, this morning I was in the pie restaurant, and someone said, ‘‘There’s Chester Greenwood.’’ I go to public schools and talk about Chester Greenwood and some of his activities from time to time. And there are some of my friends that refer to me as Chester Greenwood.
What do you find most fascinating about Greenwood?
He was a man of practicality. He would try to fashion devices that would help to make the work easier and give farmersand lumber people an opportunity to move along. He was also a man who did not use what you and I refer to today as vices: tobacco and alcohol.
Any special preparation involved in your role?
I have to go to the local barber and have my mysterious mustache put on. I have some theatrical materials that I use.
Do you own earmuffs?
I have some originals that were sold right here in Farmington. The lady said, ‘‘If you’re going to be Chester Greenwood, you gotta have originals.’’ 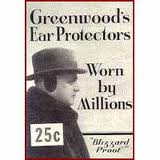 Greenwood also invented the bottom whistling kettle, the mechanical mouse trap, and the spring steel rake, among many others. He is listed on the Smithsonian Institution's list of America's 15 Outstanding Inventors.
Posted by JOHN CALLANAN Hats eye_of_the_designer instragram at 2:29 AM