An umbrella can be cumbersome and hard to hold when you are carrying your shopping bags on a windy day, but a snuggly fitting hat will not blow off your head and allows you to use both hands for the task at hand.

People loose and yes, even steal umbrellas, but they seldom loose or steal hats!

Umbrellas break and blow inside out in gales but well fitting and well made hats last forever.

BUT umbrellas can also be fun and can be useful if you are "singing in the rain".
Check out this article from the New York Times. 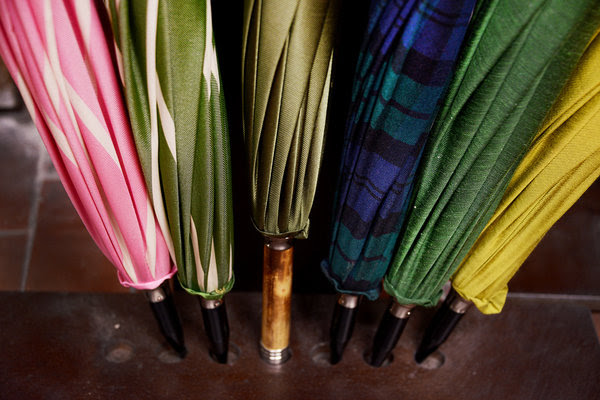 Marta Rovatti Studihrad for FINAEST.COM
Umbrella tips arrayed at the workshop of Ombrelli Maglia Francesco on the outskirts of Milan.

LONDON — “It has asserted its sway from Indus to the Pole,” said William Sangster in his 1855 treatise on the umbrella. “And is to be met with in every possible variety, from the Napoleon blue silk of the London exquisite, to the coarse red or green cotton of the Turkish rayah.”

For Mr. Sangster, the umbrella ranked among the “dearest and most indispensable of household objects.” Yet, he sadly observed, “we treat it with shameful neglect.”

His sentiments are shared by Francesco Maglia, the fifth-generation owner of Ombrelli Maglia Francesco, one of the few companies that still employ traditional methods of umbrella making.
“People think an umbrella is just something to use once or twice and throw away,” Mr. Maglia said. “I still have my grandfather’s umbrella. If you take care of an umbrella it lives as long as you.”
Now 70, Mr. Maglia still works alongside his brother Giorgio at their workshop on the outskirts of Milan. All their materials — except some exotic woods like whangee bamboo and Malacca cane — are obtained in Italy, he said.
“Chestnut, ash, walnut, cherry wood, wild cherry wood, Malacca, whangee,” are among the many woods they use, he said.
Hickory, ebony and rosewood can also be found in their collection, along with hand-stitched leather covers of calfskin, ostrich, lizard and crocodile, inserts of horn and tortoiseshell, and handles of deer horn, antlers, tree roots and, intriguingly, “tooth of warthog.”
“We are really well known because of the solid sticks,” he said of their single shaft umbrellas. “They’re really unbreakable; they look like walking sticks with an umbrella over. For me it’s my best product.”
These sticks are painstakingly polished and bent in a process that can take up to six months.
Requiring specialist skills, the number of suppliers who make umbrella parts such as these have dwindled, and in many cases disappeared, Mr. Maglia said.
“Twenty years ago we had four companies for fabric, we had seven companies for handles,” he said. Now, “we only have two for handles and one for the fabric.”
“I am just sad. It’s a culture that’s going underneath our shoes,” he said, using an Italian expression to describe the decline of the industry.
Ray Garrett, the owner of Fox Umbrellas in London, tells a similar story. The umbrella business, he said, “was made up of very small little factories, people that just bent the handles, people that just made the runners, or just made the fittings.”
Now most umbrella makers get their parts from China. “We’re losing this little cottage industry,” he said. “It’s getting harder and harder.”
Established in 1868, Fox has produced handmade umbrellas since the reign of Queen Victoria. Available in any number of colors, from yellow, lilac and aubergine to ala blue and emerald, their range today stretches from ladies’ umbrellas with a mass of frills and an elaborate tassel priced at 142 pounds, or about $230, to the more gentlemanly crutch-handle model, with a black beech shaft and fitted silver collar, for £1,202.
“Prince Charles gave one of those to his father, the Duke of Edinburgh, last year as a Christmas present,” said Mr. Garrett of a Malacca racing umbrella with a pencil in the handle.
“You can have the crook of the handle over your arm, and you can take the gold pencil out of the top so you can mark your racing card,” he said.
Their more unusual custom-made creations have included an inside-out umbrella with a steel cable through its middle, made for the Broadway show “Barnum,” and a diamond and ruby encrusted, gold-plated umbrella for the sultan of Brunei.
“It’s rather nice, but a bit ornate,” Mr. Garrett said of the umbrella that now has pride of place in the sultan’s private museum.
The beauty of a bespoke umbrella is that it can be made to fit its customer, he added: “We have customers that are very tall and they want the extra length,” he said. “People in Japan of course are much shorter, so they prefer a shorter umbrella.”
They get asked to do all sorts of things, Mr. Garrett added: “You’d be amazed. We’ve got umbrellas with different animal heads, and a monkey with eyes that open and a tongue which sticks out.”
“We used to make umbrellas with swords in,” he said. “Now, of course, illegal.”
Providing a more modern twist on the umbrella, Brelli in New York has developed an ecologically friendly version called the Brelli.
Every Brelli is handcrafted from biodegradable materials, explained the company’s founder, Pamela Zonsius. The frame is formed of a bamboo pole, elderberry wood makes the handle, and natural rubber gum serves as the tip.
But the Brelli’s most innovative feature is its canopy. Made of a unique, biodegradable material, it provides 99 percent protection from ultraviolet rays and allows full visibility when a person holds it to the wind.
As the Brelli’s original inspiration was the “beautiful little umbrella that you get in a tropical drink,” Ms. Zonsius chose to work with a Fairtrade team of traditional paper parasol makers from Thailand to design and make the umbrella. Together they “re-engineered” the parasol frame so that it could withstand New York winds of up to 40 miles per hour.
“It’s like an umbrella shield,” she said. “It really does protect you from any angle.”
“From my point of view it had to be windproof, rainproof and sunproof,” she added. “I am not a proponent of beautiful things that don’t function, and for me the Brelli functions in every way that you would want an umbrella to.”
Ms. Zonsius said she hoped that the Brelli, which is currently sold by New York museums including the Museum of Modern Art and the Guggenheim, will eventually “be adopted into the mainstream.”
“It takes one to look outside the box and feel confident in carrying something that is a little bit different,” she said. But “over time people will begin to realize what it is, and how functional it is and how beautiful it is.
“It’s everything you really want an umbrella to be.”
Posted by JOHN CALLANAN Hats eye_of_the_designer instragram at 8:36 PM No comments:

How to crochet a callanan raffia hat by hand

Callanan hats are made with the finest crocheted raffia on the market. There is nothing mass produced about these hats. Each hat is hand crocheted by artisan workers.
The raffia fonds are harvested in Madagascar and sent to our partner factory in China. 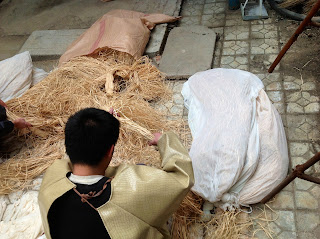 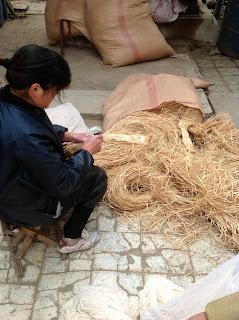 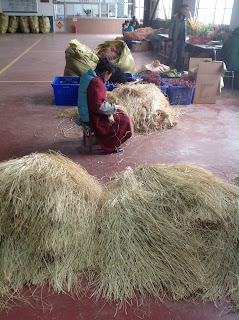 The bundles are then dyed into specific color. Dried raffia retains a lot of natural oils so it is nearly impossible to get dark colors like black. Browns and other earth tone colors are easier to dye.
Here we see the master dyer matching the raffia to customer color requests. 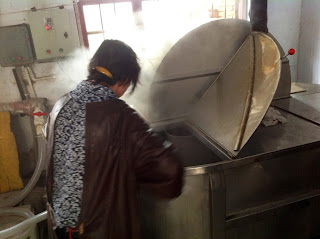 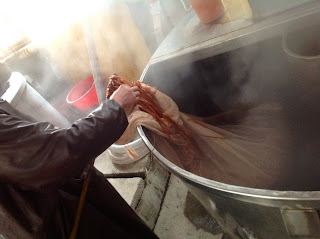 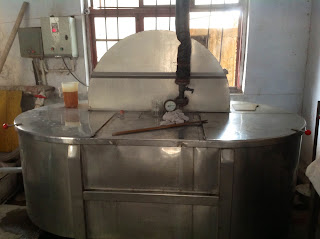 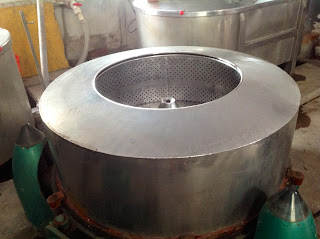 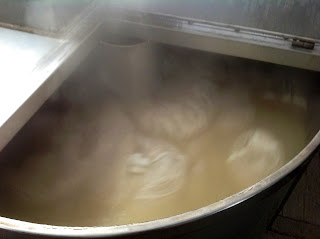 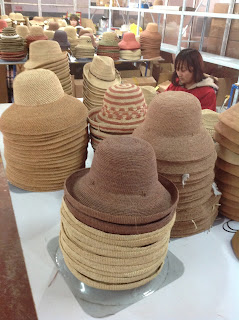 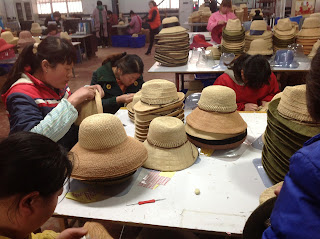 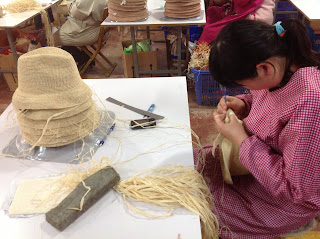 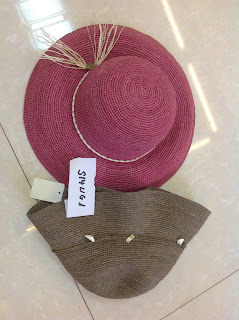 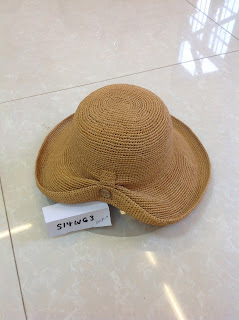 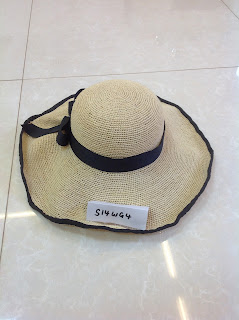 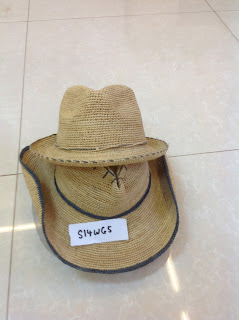 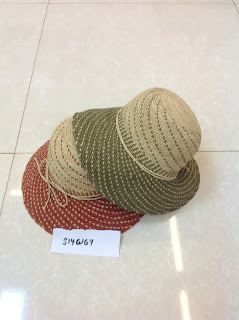 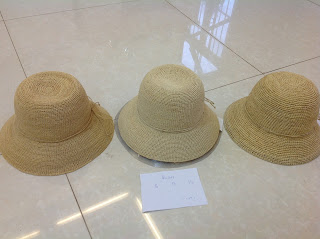 Adam Levine has a hat trick up his nose.


Posted by JOHN CALLANAN Hats eye_of_the_designer instragram at 2:14 AM No comments: 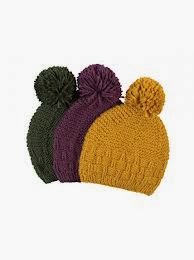 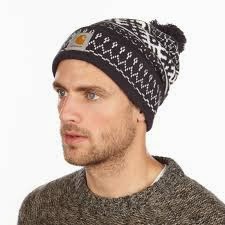 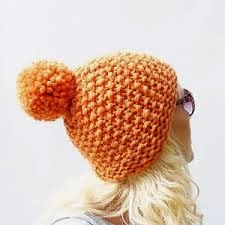 Posted by JOHN CALLANAN Hats eye_of_the_designer instragram at 7:14 AM 1 comment:

Love the brooch idea and the knit French biker a la Hilfiger.

These bombed for me the last time around. Lets hope for a really really cold winter for these to sell.

Staying with the medieval Game Of Thrones inspiration, we spot lots of crowns and tiers on the runways. These bejeweled headpiece safe easily converted into fascinators and headbands.

J'adore les cloches. Always so mysterious and always so chic.


Posted by JOHN CALLANAN Hats eye_of_the_designer instragram at 5:32 AM No comments: