Friday, May 8th, was a glorious day as I drove out to Sayville in Philip Rotter's convertible. In our securely fitter straw hats, we laughed and chatted all the way. The 3.30pm ferry ride over to Cherry Grove was intoxicating under crisp blue skies and spring fresh air, especially for one like me, who lives under the grey polluted skies of Hong Kong. On the island, nature was alive and giddy after a very long winter. Mermaids were even seen peeking out of tree hollows. 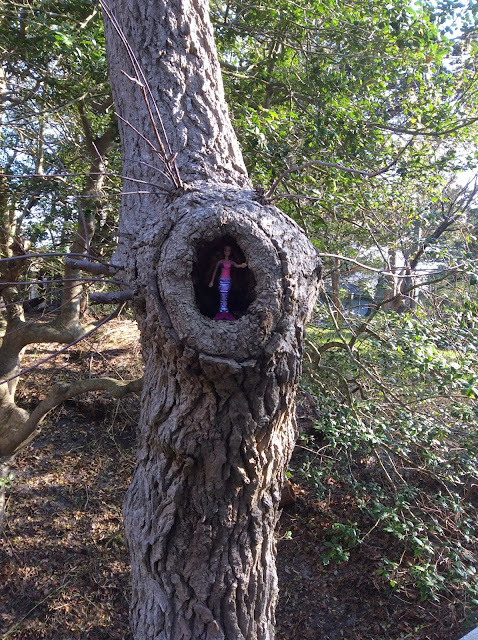 Arriving in CG, is like coming home. After dropping our luggage off, is was a quick stroll to the beach, where we even saw a few early bird sun worshippers socking up the rays. 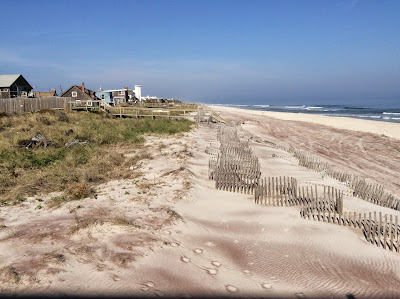 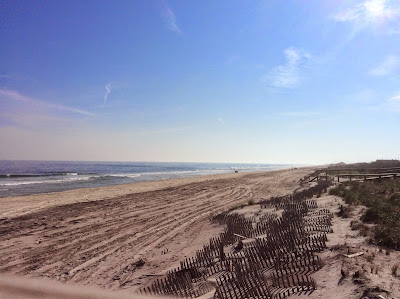 Then it was a quick stroll around "down-town" Cherry grove. It was so sad to see the blackened skeleton go the Cherry Grove hotel, which had burned down early this spring. The pungent smell of smoke was still in the air and the scene had a sad cemetery feel to it, with the ghosts of crazy-nights-passed in the air. Other came to inspect the fire scene and as soon as they began to ramble up the path, a solemn silence fell on all of them. 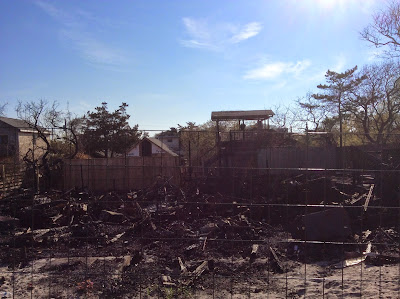 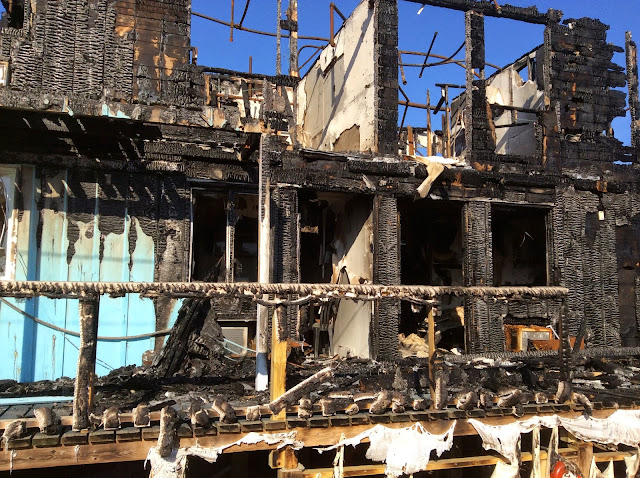 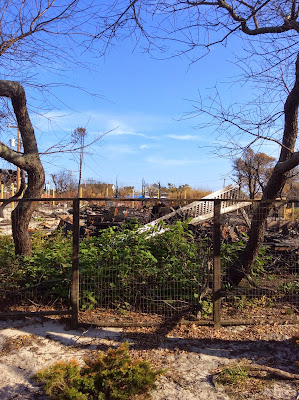 I spotted an unusual black velvet petunia at Sweet Licks garden center that was a apropos to the eiry scene. 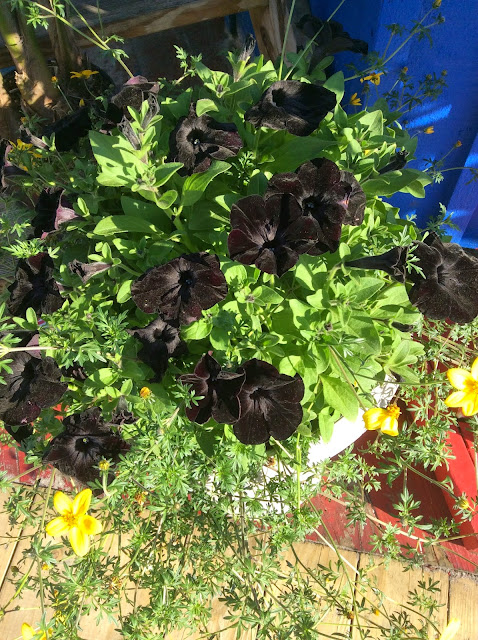 Then it was back to work. Clothes and hats were thrown on every surface as STYLIST PHILIP put the looks together for the following days photo shoot. Philip had managed to borrow some wonderful one of a kind, signature necklaces, from LENALUX by Helena Pietilainen, to merchandise our Coachella/boho inspired hat collection. 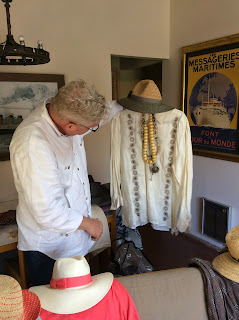 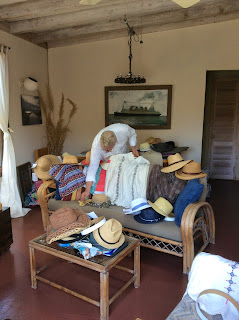 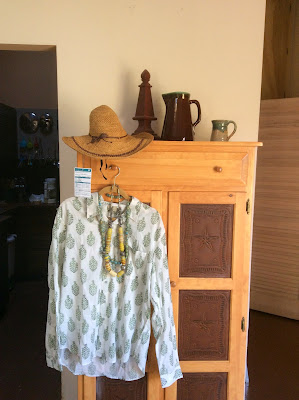 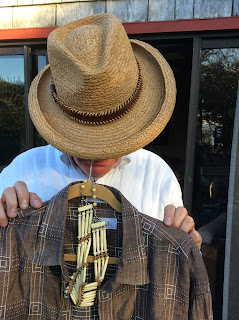 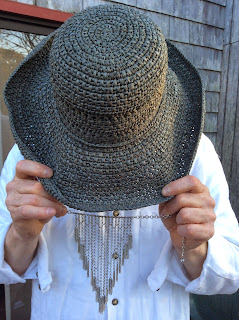 We awoke the following day, Saturday, May 16th, to a miserable, cold misty day. No amount of offerings to the gods would make the cold mist burn off. The beach pics were impossible as the cold wind gusted around us. In life you always need plan B and C, and that day we nearly went to GREXIT and BRITIX.
KOITZ, the photographer and Diego aka Mr. Sunshine, would make magic happen around the courtyard of CAMPOBELLO. Light the lights, curtains up, we have a photo shoot to do and nothing could stop us. 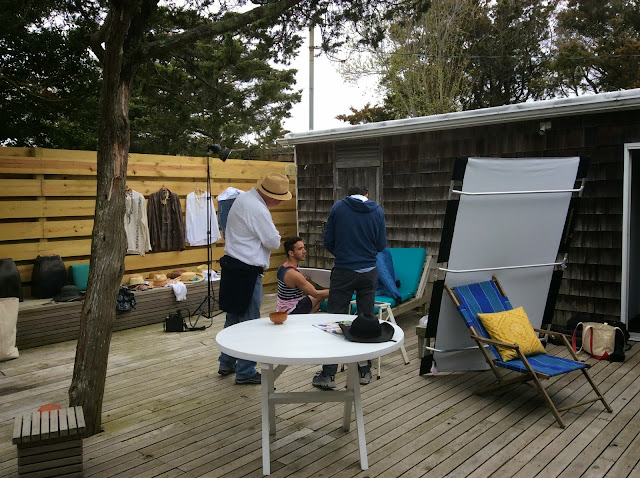 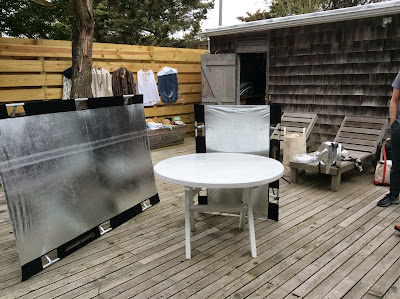 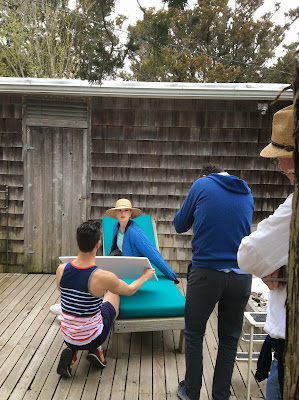 It was so bitter cold that our model Barbara Beddouk, wore a jacket in between shoots. She was such a professional, no whining or complaining and ready when we needed to get the shot.

Diego aka Sun god was adamant that the sun would break through the gloom and cold but it was not long before he even put a jacket on. Sorry ladies, there will be no stripping down to swimsuits this year! He will nevertheless be go-going at Cherry's Bar every Thursday night this summer.

The whole team worked together to create a little energy to keep us all from freezing. 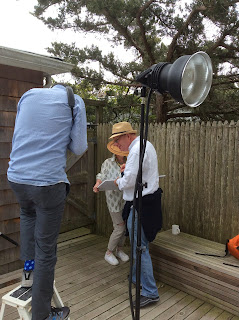 From a damp corner to a perfect summer picture. 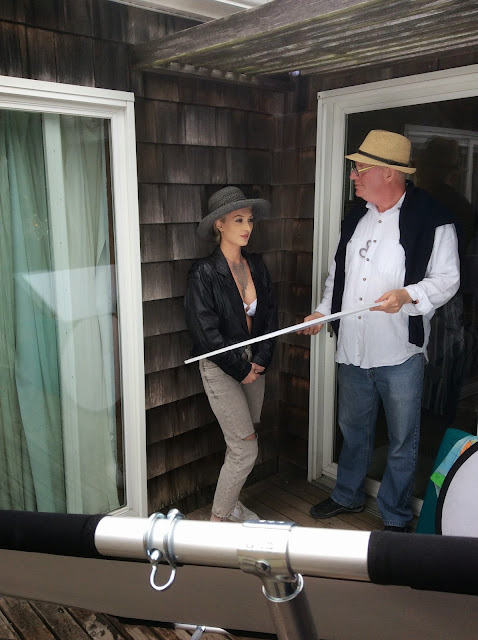 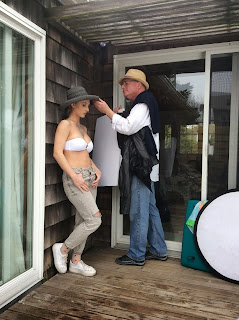 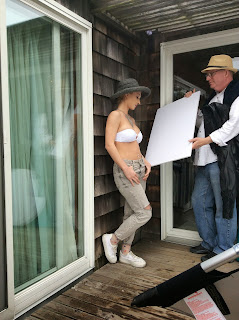 Philip doing his thing as a stylist and also helping add a ray of sunshine with the white board.


And then it rained, so we had to move indoors. Everyone was grateful for the heat. 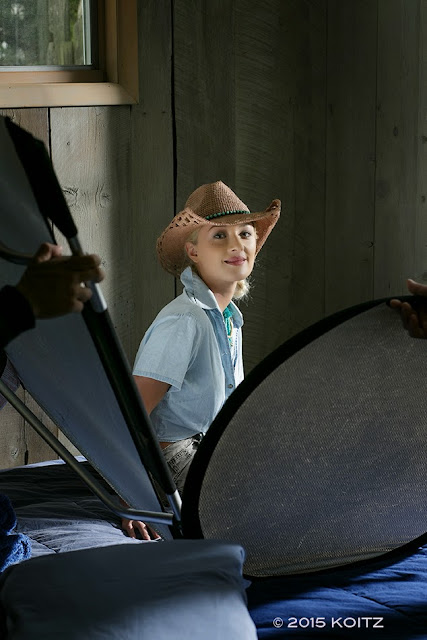 As soon as the rain stopped, it was back outside to the cold. 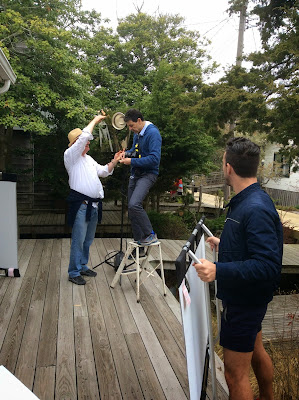 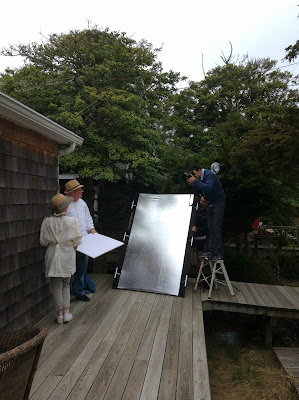 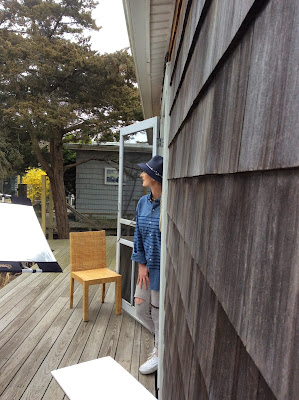 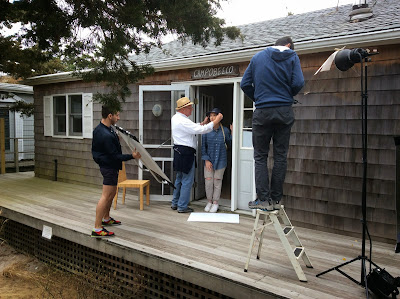 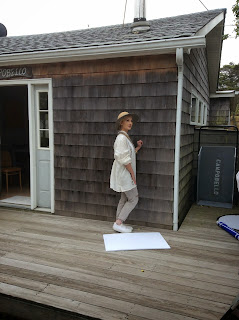 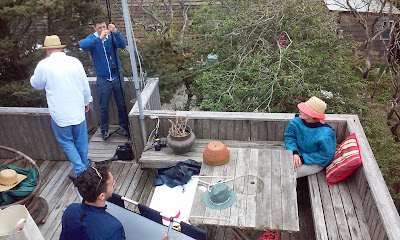 Yeah sure, the sun was shining and Barbara was not freezing. America's next model, move over!

Posted by JOHN CALLANAN Hats eye_of_the_designer instragram at 4:01 AM No comments: