The original OPTIMO crown hats of the 1800s were not made of PANAMA but were TAMSUI hats, made from Taiwanese (Formosa) Pandanus odorattssimus fiber. Tamsui hats retained their whiteness, were washable and could be folded and carried about without damage. The Tamsui hat was replaced by the panama hat in the early 1900s when the panamas popularity increased.
I am sure these panama hat wearing gentlemen were seen, swaggering around London on trips home, by a hatter who saw a hat trend and made an OPTIMO crown hat block to cash in on the look.
So here is how an OPTIMO crown panama hats works. 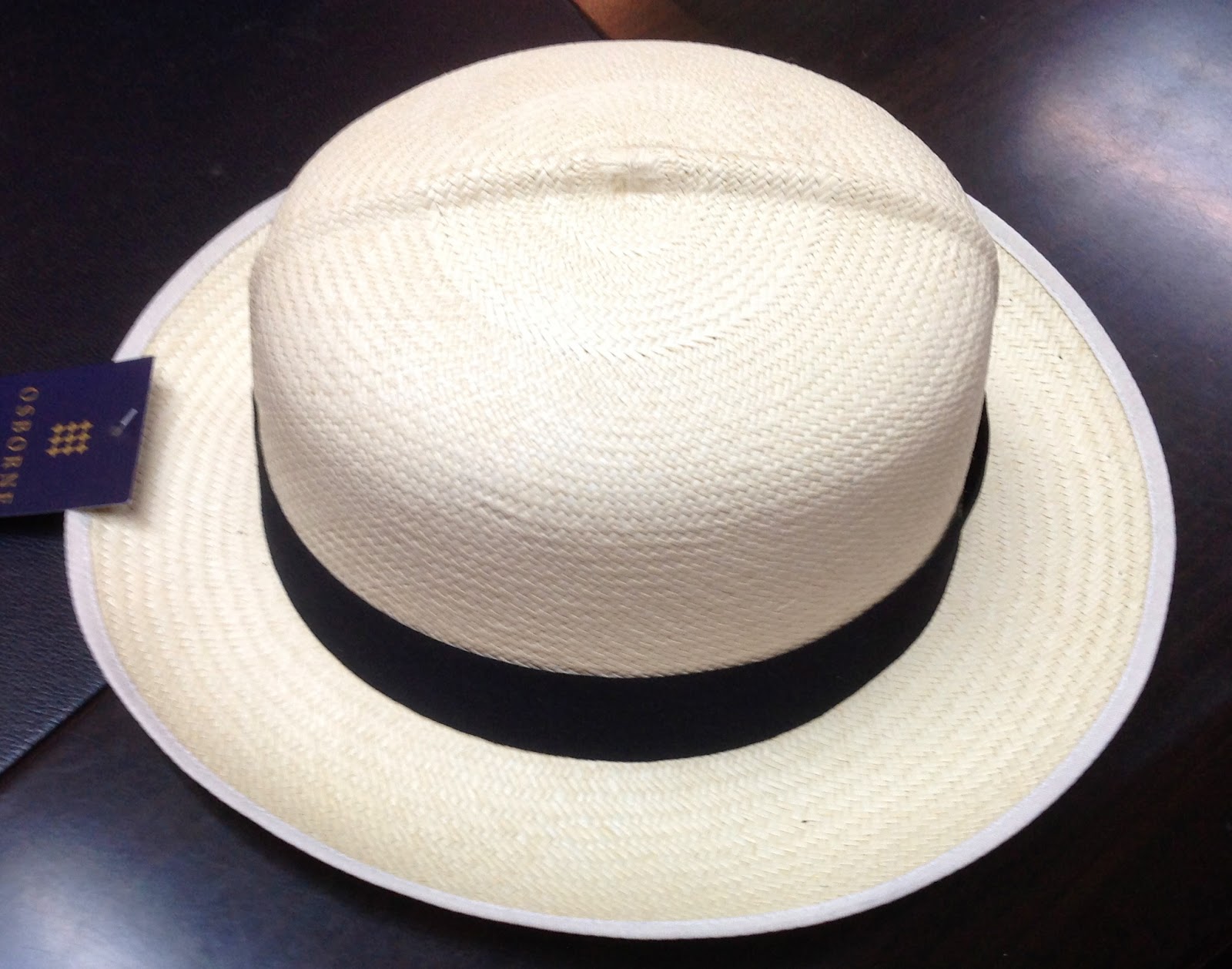 There are of course many grades of Panama. This one from Debenhams is low quality but it will get you through a weekend at Brighton. 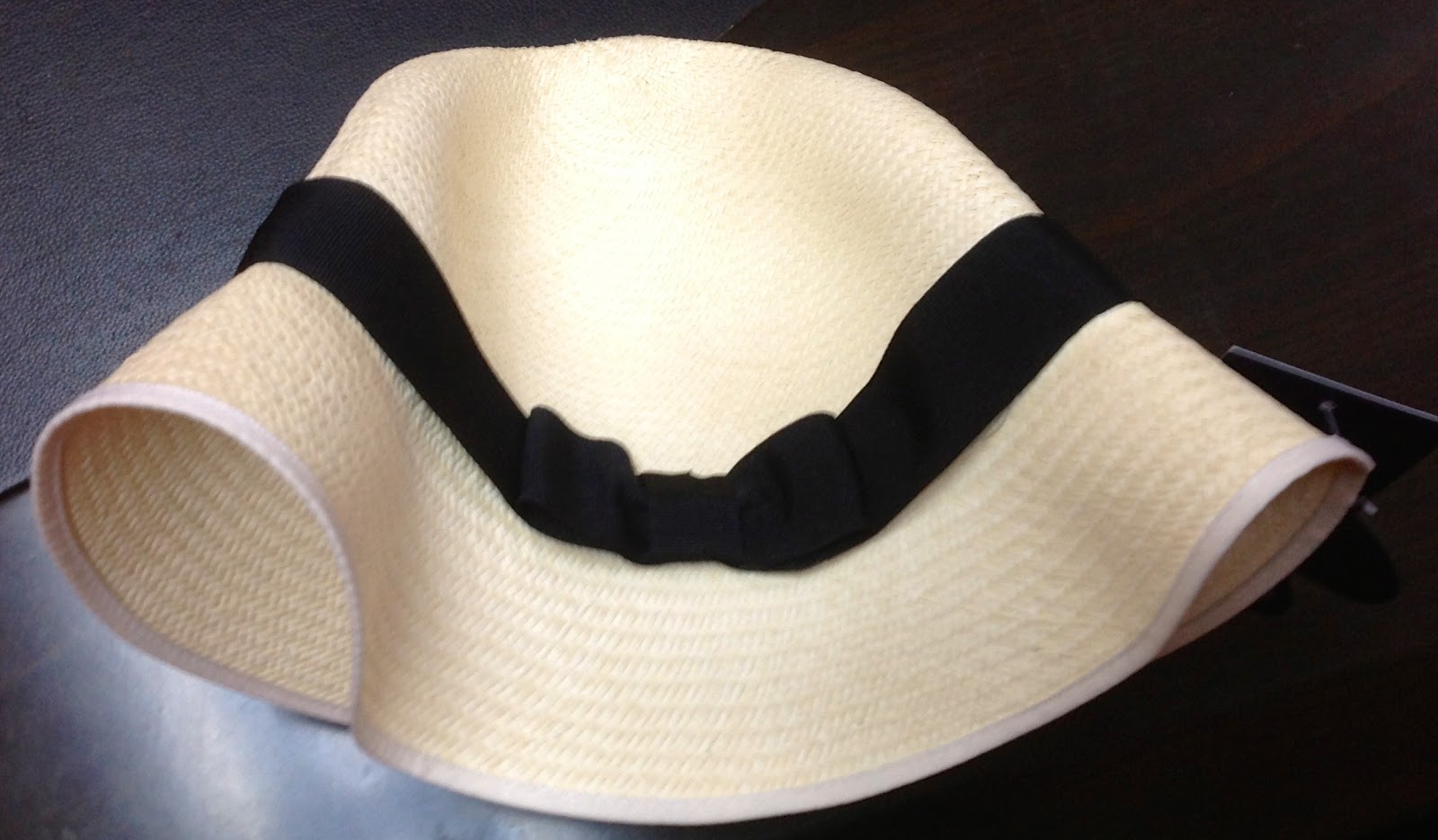 Fold the hat in on itself, along the crease of the crown. 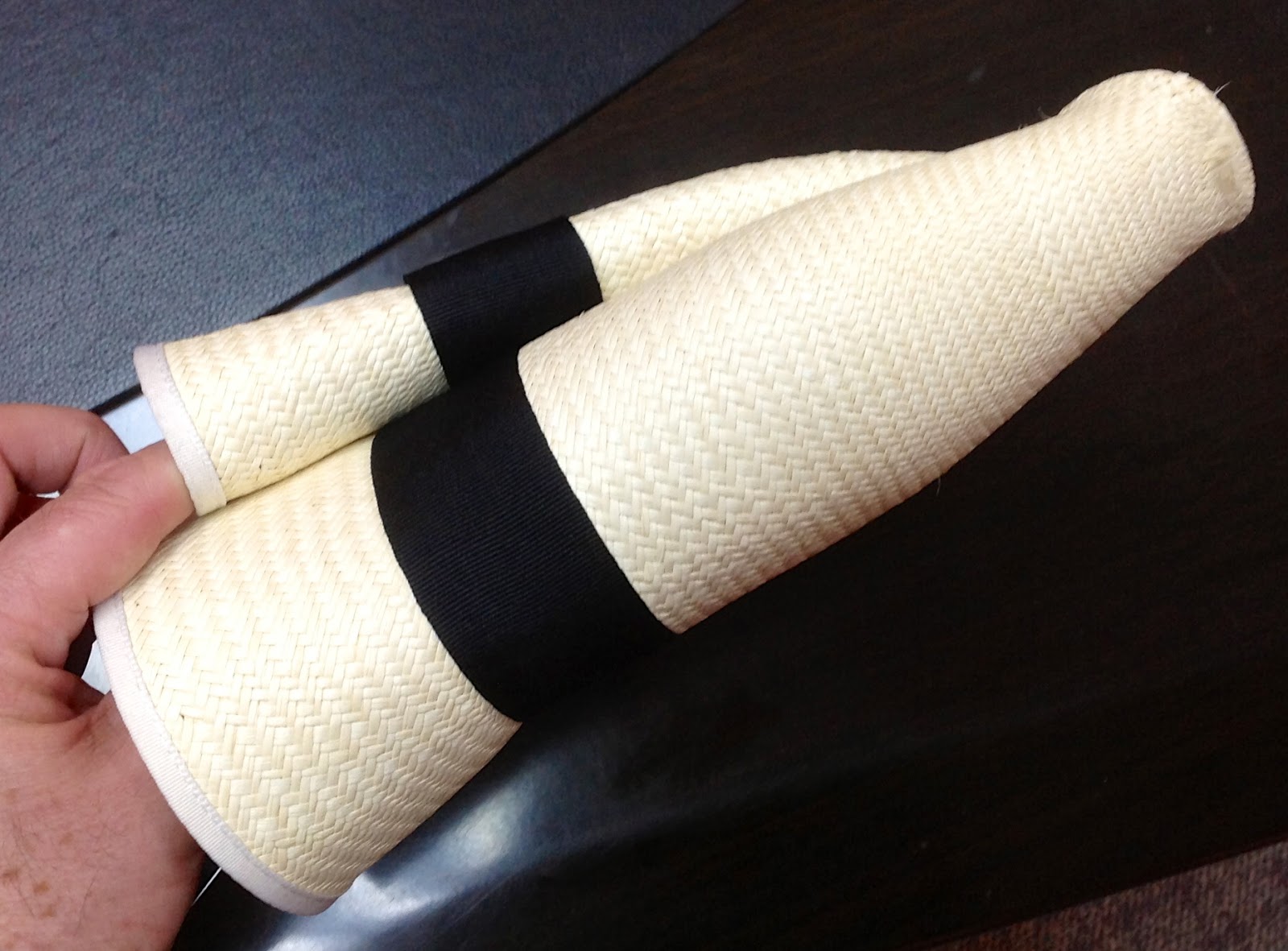 Roll it up into a cone shape. 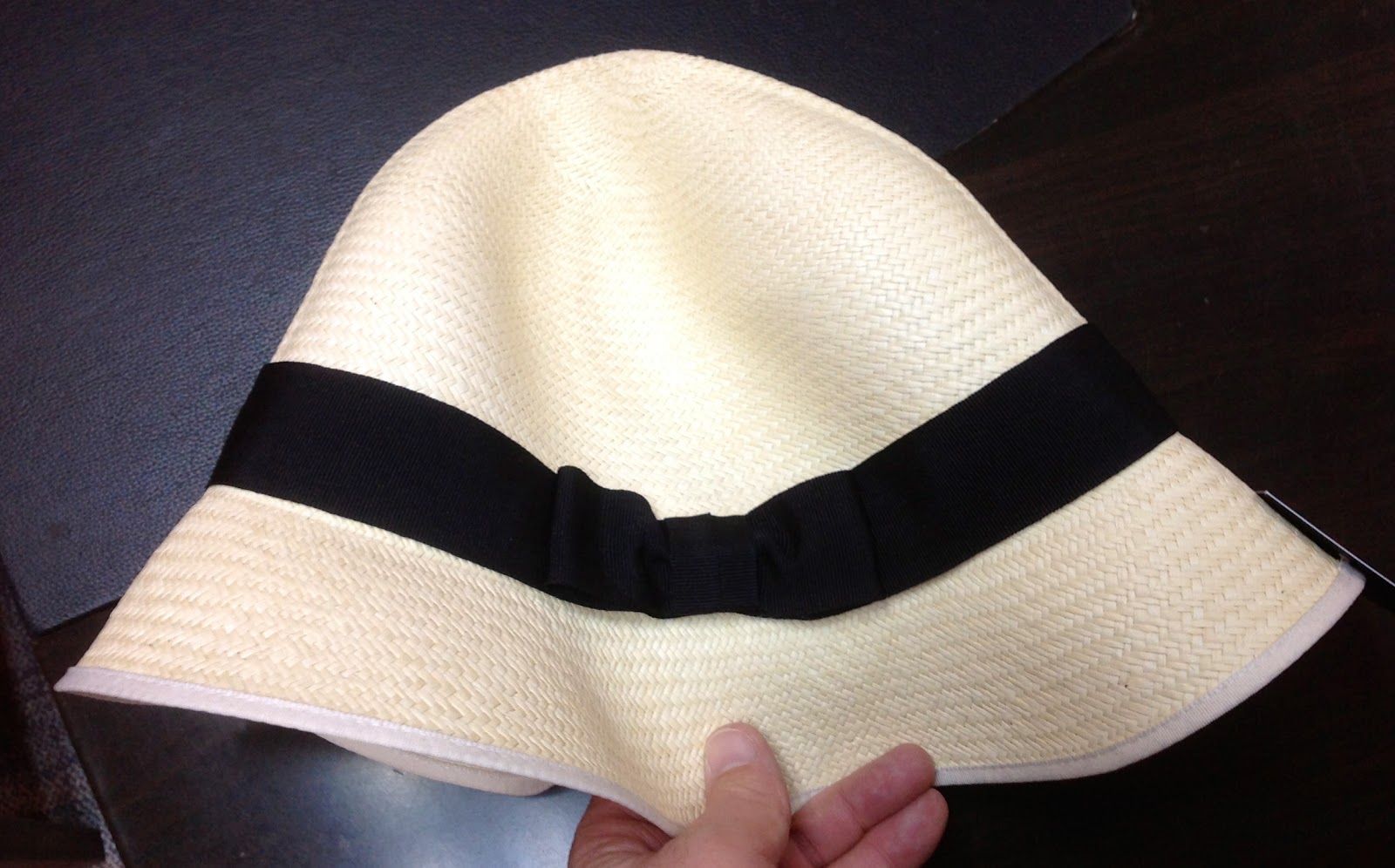 Unroll and it should bounce back into its original shape 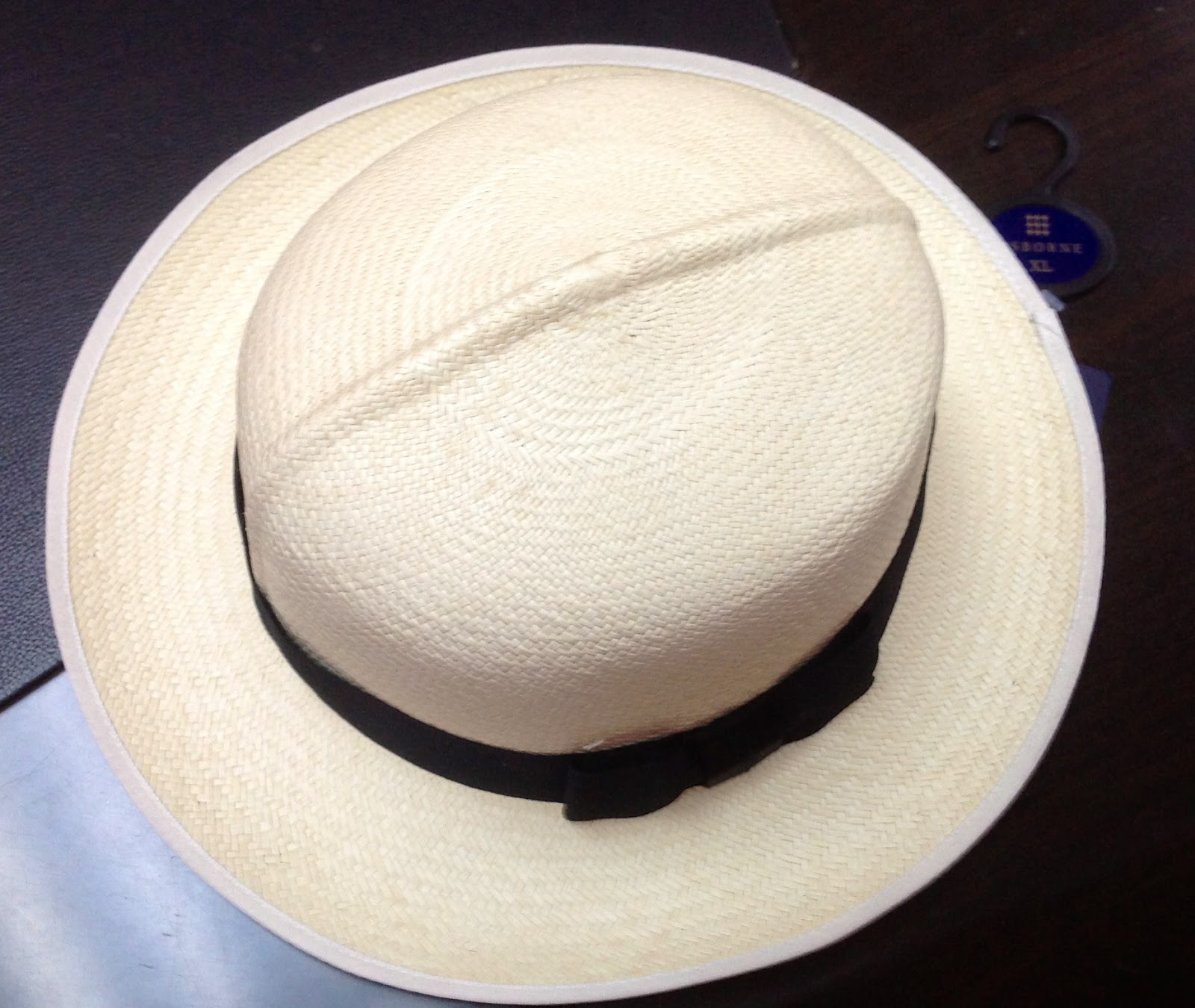 CAVEAT EMPTOR : Do not roll up an expensive GENUINE panama hat. Do not believe it if a hat store tells you can do it. It might bounce back a few times but in the end it will crack. Panama is a palm like leaf that will dry out over time. If you bend steel enough times it will break and so will a straw hat. This is why many hat store have sings "DO NOT PICK UP HATS BY THE CROWN".

Posted by JOHN CALLANAN Hats eye_of_the_designer instragram at 5:28 AM