If Downton Abby portrayed the creme de la creme of British Society, than PEAKY BLINDERS portrays the underbelly of post WW1 Britain. The Peaky Blinders BBC TV series is centered around the fictional SHELBY family of Aunt Polly, Tommy, Arthur, John and their sister Ada. It is a little like Boardwalk Empire but much grittier.  Set in the early 1900's Birmingham, it is based on a true life criminal gang of the era. The gang members were know by their style of donkey jackets, cravats, bell bottomed trousers and flat caps, into which they sewed razor blades. The razor-bladed-caps were deadly weapons for street fights.
The PEAKY BLINDERS gang got its name from the flat caps and sectional caps they wore. "Peaky" was a popular nickname for flat and section caps with peaks. If Downton Abby brought us ladies cloches, the Peaky Blinders bring us Ivy caps and newsboy style of working class lads.
This is what the original gang members look like.


The main show cast members are 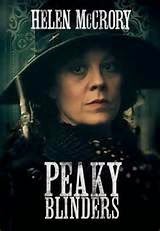 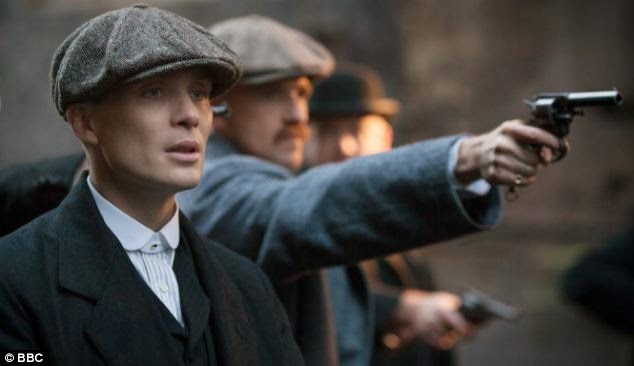 If you want to buy caps with peaky blinders swag, try the following STETSON styles at
www.jjhatcenter.com

Please note these caps do not come with sewn in razor blades and we strongly suggest that you do not sew them in yourselves.


The Freddy Thorne character, played by the mansome Iddo Goldberg, is Tommy's BFF from the pre WW1 days, but they have drifted apart due to Freddy's communist leanings. There is a forced detente between the lads when Freddy knocks Ada up. 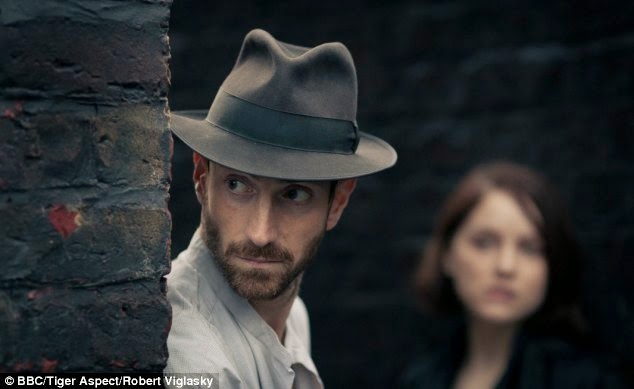 Freddy certainly knows how to "pull" a fedora off. It's no wonder Ada picked him over the family business. For a look a like fedora try SCALA classico style WF502
www.hardfordyork.com

Sam Neil, as Inspector Chester Campbell , a dangerous unionist tug from Belfast, sent to "clean" Birmingham up, is a nasty piece of work with the law on his side. He makes Tommy Shelby look like Robin Hood. He wears a signature British bowler as a sign of his gentlemanliness. 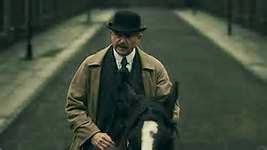 The main female characters are Helen McCrory as Aunt Polly and Annabelle Wallis as Grace Burgess.


Aunt Polly is tough as nails and has raised the family since their father abandoned them as kids.
Grace is an undercover spy, working as bar maid, for Inspector Campbell. Tommy and her fall in love. She regrets spying on Tommy but it is too late as Inspector Campbell is a spurned jealous lover. He has a bullet with her name on it.
CALLANAN MILLINERY hats that would work for the ladies.

For day-to-day use, going back and forth to the "office" these wold work.