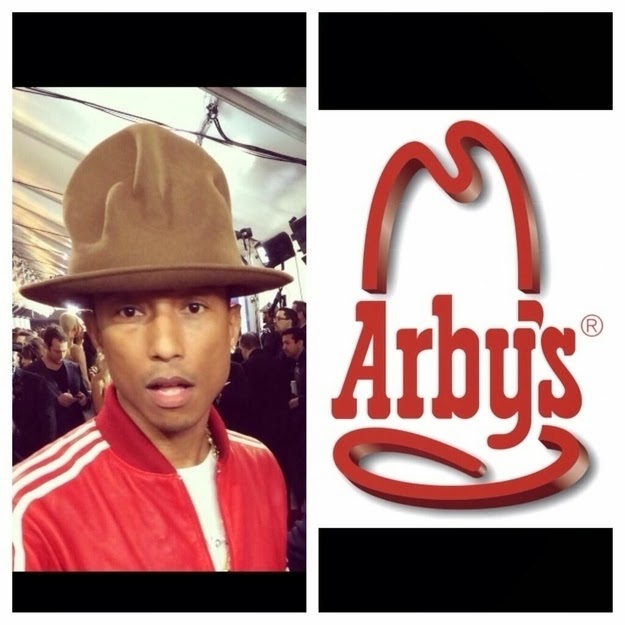 Or maybe it was inspired by a state trooper or smokey the bear. 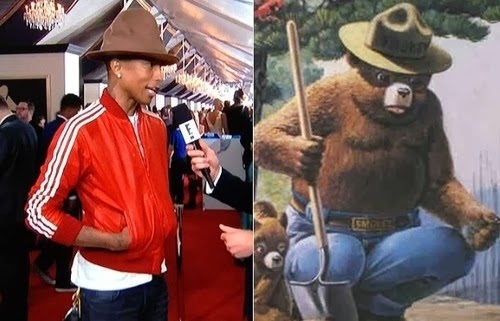 I think it was inspired from Louis Vuitton's fall 2013 hat collection with its smashed oversized crown. 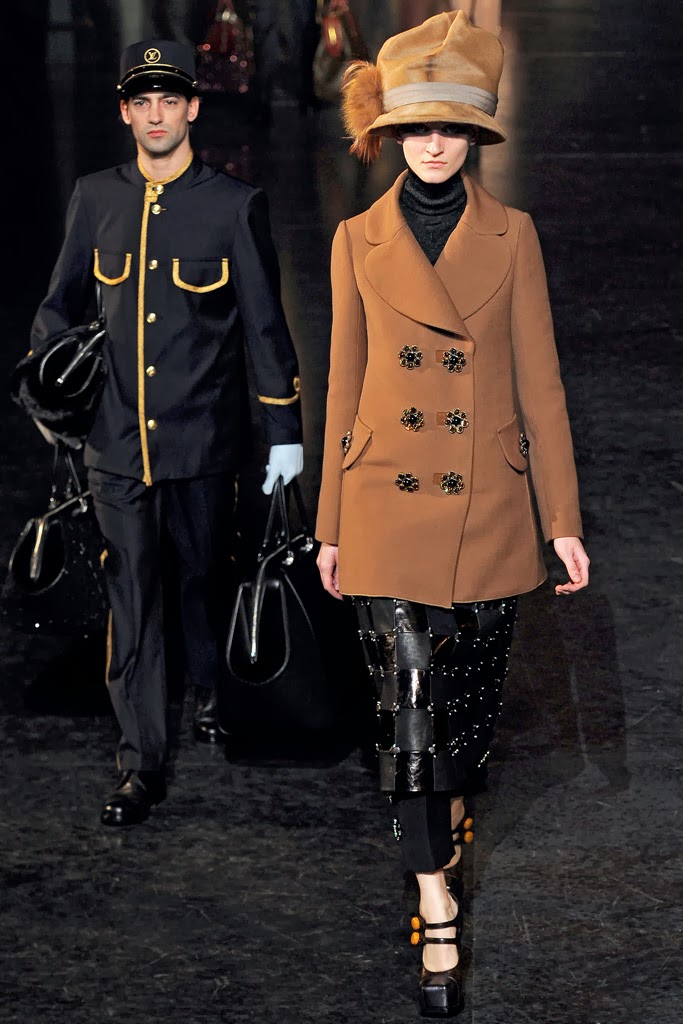 In any event PHARRELL was the coolest cat in the hat. 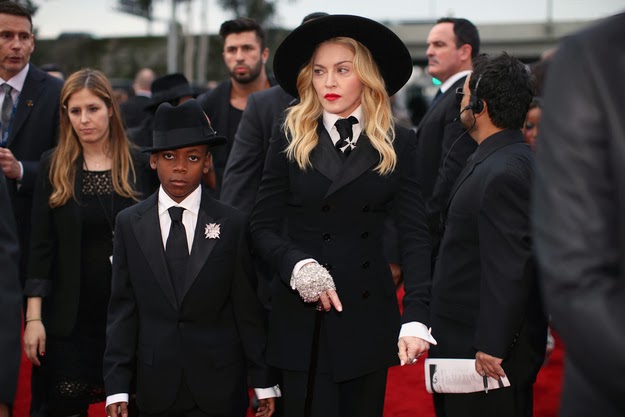 Madonna's son David Banda was the Koolest pussy cat while mommy Madge looked a little like Victor Victoria in her suit and cane or maybe she looked like Diane Keaton. 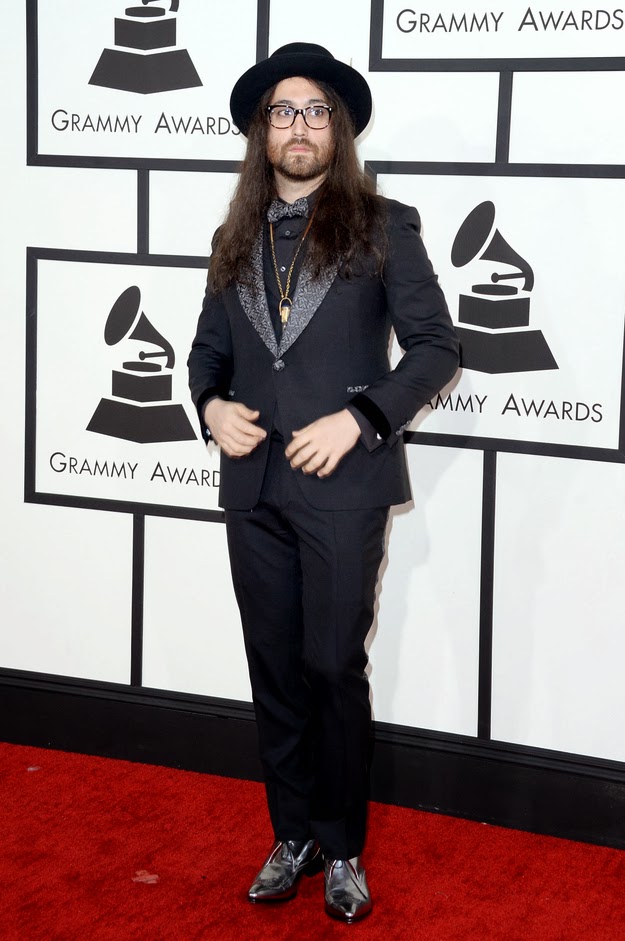 Sean Lennon was looking very Sean Lennon. Dude, get a stylist or ask your mom for a little fashion advise. 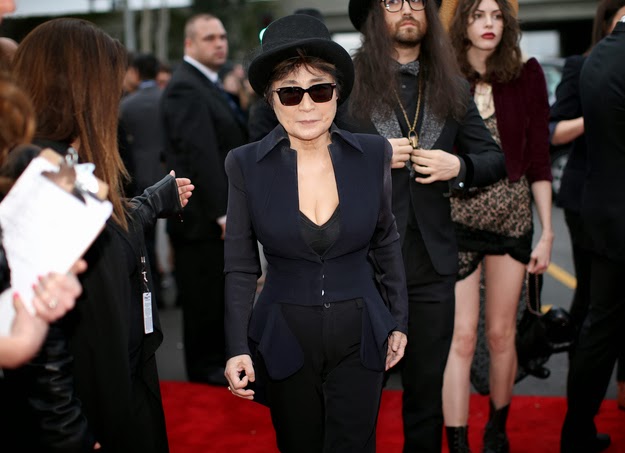 Posted by JOHN CALLANAN Hats eye_of_the_designer instragram at 1:54 AM No comments:

General George Washington may have worn a tricorn hat 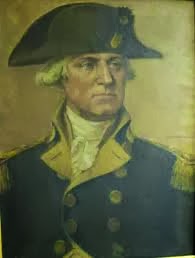 but Edie Windsor wore a CALLANAN HAT for her triumphant parade down Fifth Avenue, NYC. It was a smart choice as the fuchsia under brim gives a healthy rosie look to the skin. I call it an instant facelift! 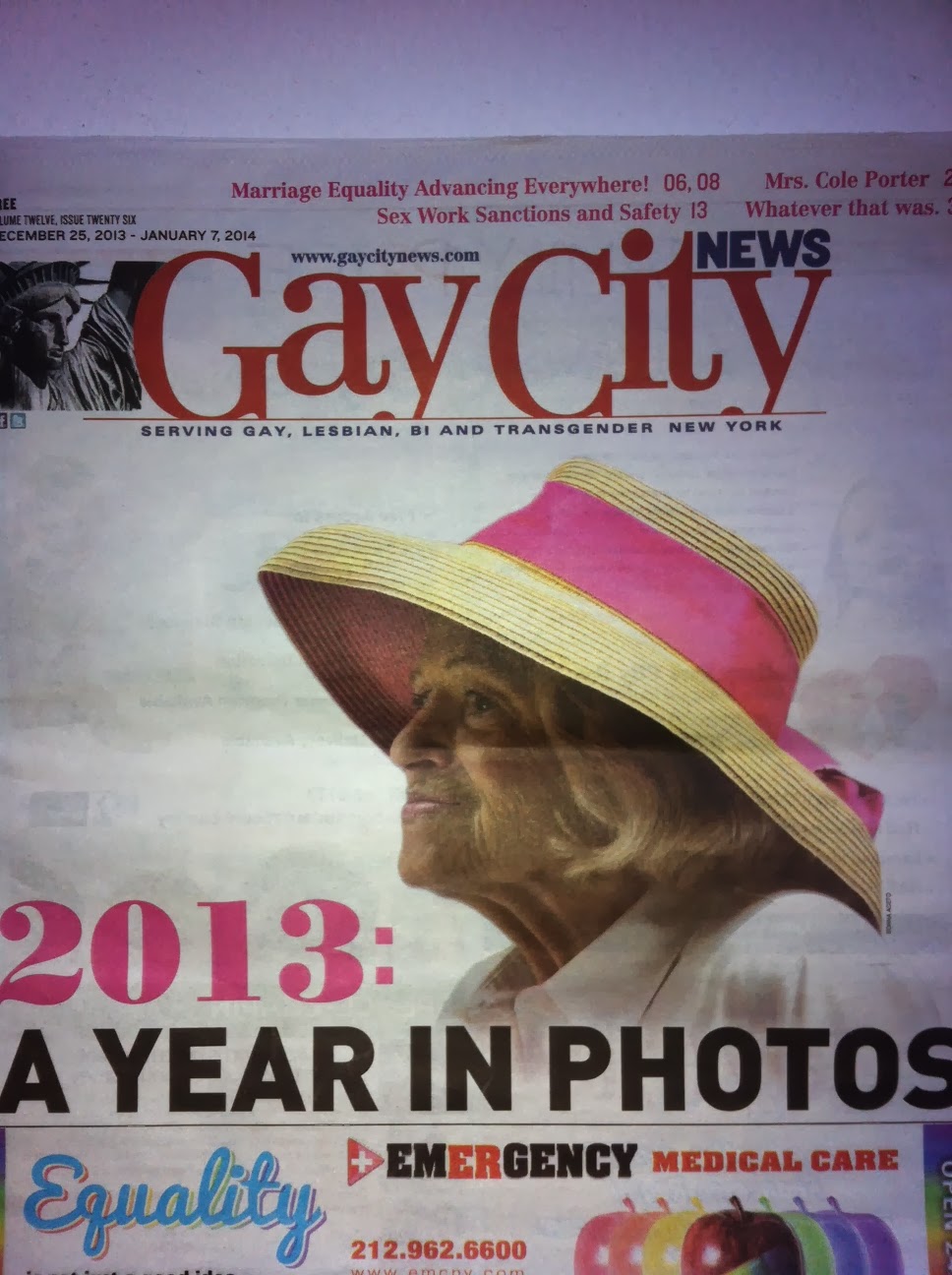 Lifetime Achievement
Photography by Danielle Levitt
The love story that changed America began when Edie Windsor met Thea Spyer in a New York City restaurant called Portofino. “We made love all afternoon and went dancing at night — and that was the beginning,” Windsor would recall decades later in the documentary Edie & Thea: A Very Long Engagement.For Spyer, the attraction was no less spontaneous: “We immediately just fit — our bodies fit,” she says in the film. That was in 1965, four years before Stonewall and nearly 50 years before their relationship became the foundation for the federal government’s recognition of same-sex marriages.
The couple married in Canada in 2007, but when Spyer died in 2009 after a long battle with multiple sclerosis, Windsor was ordered to pay $363,000 in federal estate taxes that would have been avoided had their marriage been recognized by the United States. It took shrewd lawyers, clear-sighted judges, and one spry, platinum blond octogenarian to revoke that glaring iniquity.
When the 5–4 Supreme Court decision ruling the Defense of Marriage Act unconstitutional was announced on June 26 this year, Windsor was at the apartment of her lawyer, Roberta Kaplan, to receive a congratulatory phone call from President Obama. And then she went to the Stonewall Inn to celebrate. This time, in contrast to 1969, the whole city was there to join the celebration — a testament to the distance we’ve traveled. “The next generation is so far advanced over us,” Windsor says. “I love that a lot of younger people now come out that would never have come out in the old days. Of course, they are born into a community already. They just have to discover it, whereas we were still building it.”
Build it they certainly did. It’s thanks to their efforts — and to the power of love stories — that we’re at this long-awaited point in our history today. As for Windsor, she finally received that check from the government repaying the money it owed her. But she’s been repaid in so many other ways impossible to count.
Photographed at the Plaza Hotel in New York City on September 12, 2013 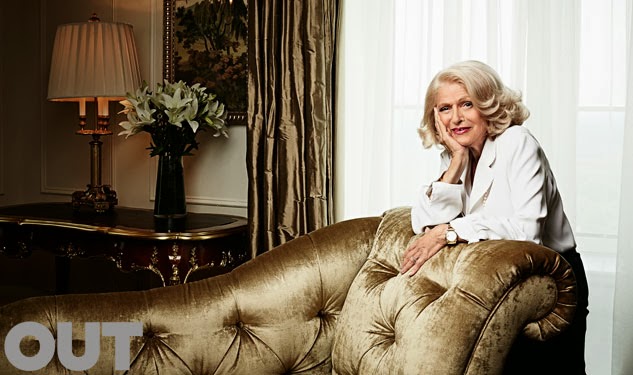 The NEW YORKER is always a good source of funny hat cartoons. 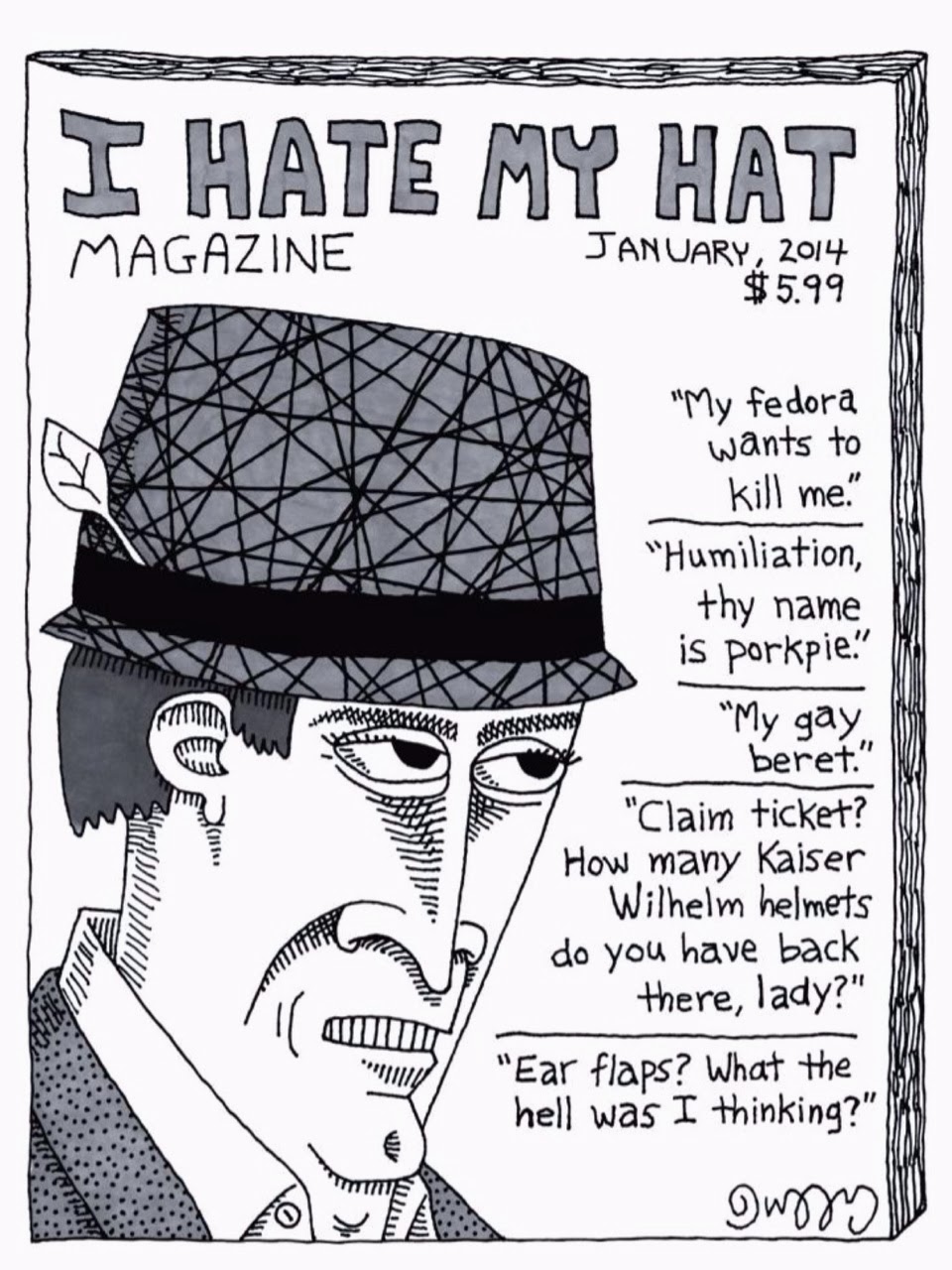 Hat haters of the world unite. 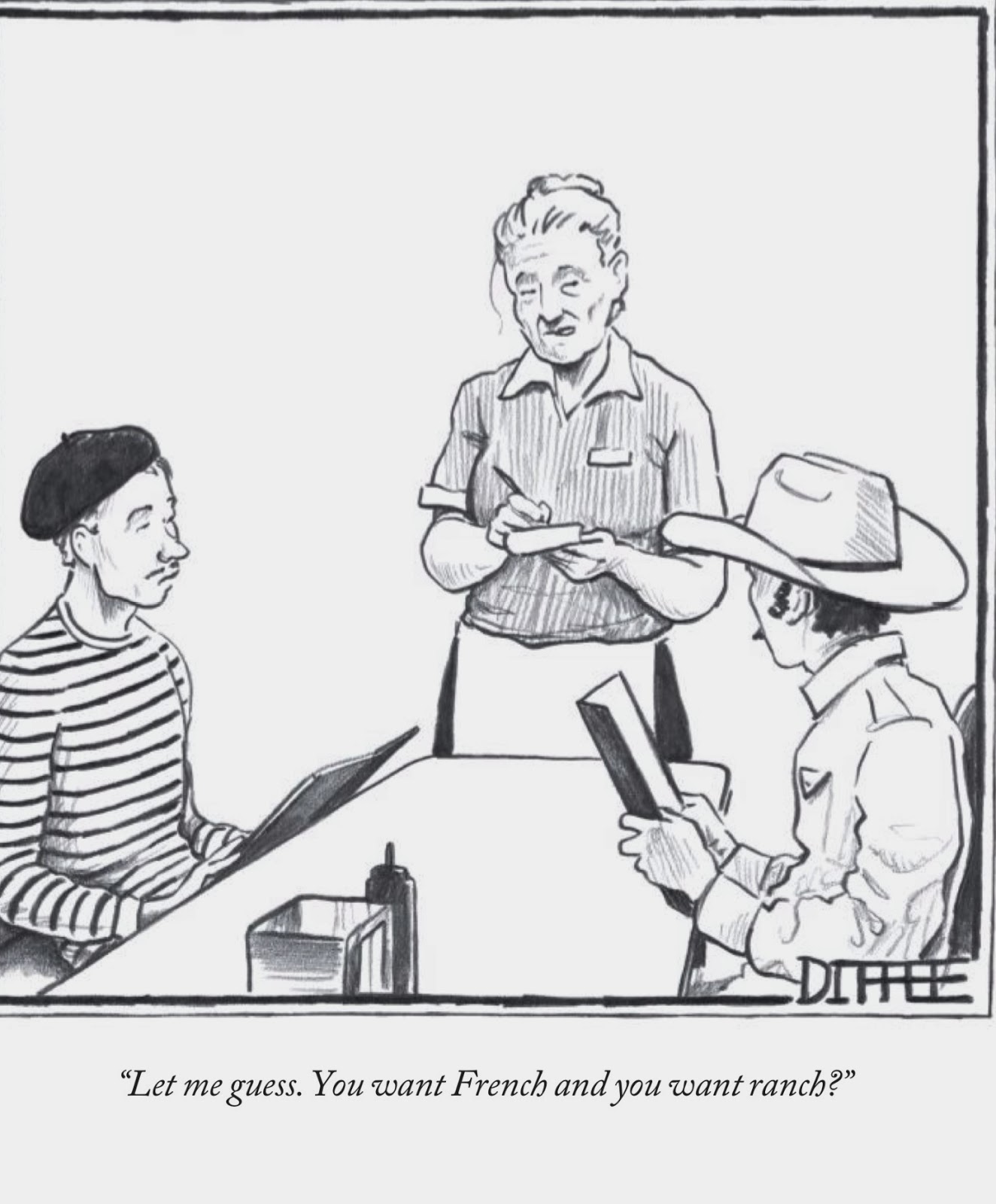 She will know thee by your hat.
Posted by JOHN CALLANAN Hats eye_of_the_designer instragram at 6:41 PM No comments:

HATS BETWEEN ART AND EXTRAVAGANZA 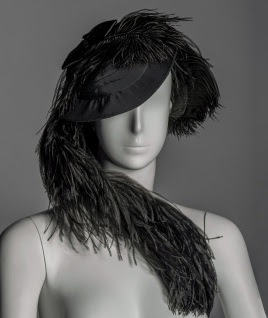 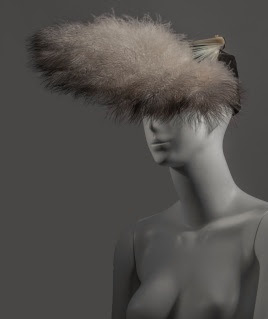 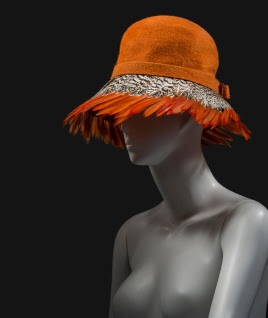 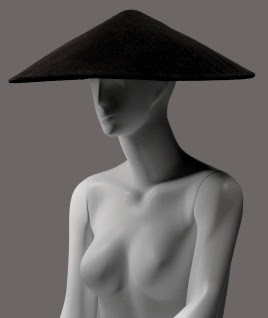 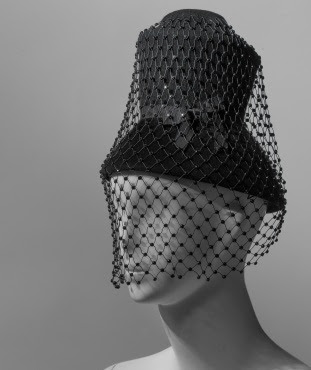 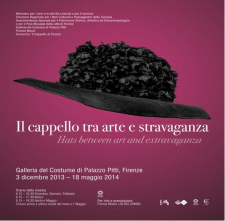 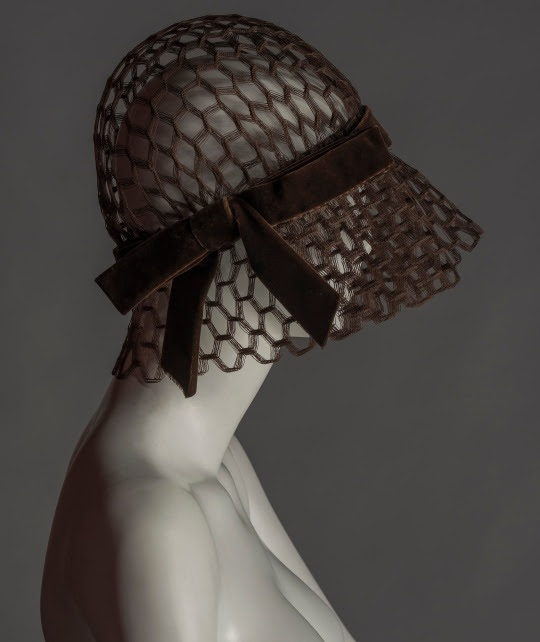 The Galleria del Costume (Palazzo Pitti, Florence; from December 3, 2013 to  May 18, 2014) opens its doors to an accessory not destined to pass unnoticed. This will be the first monographic show dedicated to hats.  The Museum’s collections of this accessory, attributable to the generosity of many donors, amount to more thanone thousand items usually kept in storage.  Only a part of these will be exhibited. Most of items on show are by famed fashion houses including Christian Dior, Givenchy, Chanel, Yves Saint Laurent, John Rocha, and Gianfranco Ferré.  There will also be a substantial number of items by celebrated international milliners of the present and past, such as Philip Treacy, Stephen Jones, Caroline Reboux, Claude Saint-Cyr and Paulette.  Finally, this will also be the first show to exhibit creations by Italian and Florentine milliners, some of them all but unknown.
The hat thus becomes a ‘work’ of art with its aesthetic harmony consisting in its ‘sculptural’ conformation, chromatic component and ornamental elegance. Superintendent for the Polo Museale Fiorentino, Cristina Acidini writes:  «This exhibition turns its attention to the changeable and subjective hat, the hat as a “work of art”, the hat as an “object of design” of the XX century and of the third millennium.»
Director of the Galleria del Costume di Palazzo Pitti, Caterina Chiarelli stresses that hats can be studied from the historical-artistic viewpoint or they can be interpreted under the purely aesthetic profile, taking the liberty to formulate judgments or to express oneself using all-inclusive adjectives like “nice”, “imaginative”, “fantastic” and “fun”. The element of play prevails over the educational purpose in this exhibition and this is the message we want to launch and that Katia Sanchioni writes about.
The exhibition presents important loans from Cecilia Matteucci Lavarini, a private collector of haute couture and an illustrious donor of the Galleria del Costume, which are characterised for their value, taste and style.  This is also the opportunity to exhibit the extraordinary sketches MaestroAlberto Lattuada has created especially for the show, as well as to draw attention to the specimens created by Clemente Cartoni, famous Roman milliner in the 1950s and 60s.
The exhibition promoters are:  Ministero dei beni e delle attività culturali e del turismo, Direzione Regionale per i Beni Culturali e Paesaggistici della Toscana, Soprintendenza Speciale per il Patrimonio Storico, Artistico ed Etnoantropologico e per il Polo Museale della città di Firenze, Galleria del Costume di Palazzo Pitti, Firenze Musei. The show also benefits from the contributions of theConsortium Il Cappello di Firenze (Angiolo Frasconi, bettina®-Raffaello Bettini, Luca della Lama produced and distributed  by Facopel Produzione, Grevi, Corti by Cleò, Marzi Cappelli Firenze, Nanà Firenze by MazzantiPiume, Luigi & Guido Tesi, Soprattutto… Cappelli, Trendintex, Memar, Fratelli Reali & C spa, Santelli Francesca, Inverni Firenze 1892, Michelagnoli Giuseppe & Figli, Ambuchi e Bandinelli).  The show will exhibit some of the most characteristic specimens by the major Tuscan firms of the hat-making sector, heirs of the old artisanal production of the Straw Hat of Florence. The catalogue published by Sillabe contains historical-scientific profiles by Simona Fulceri and texts by Katia Sanchioni, Aurora Fiorentini, Dora Liscia Bemporad, and Nicola Squicciarino.
Posted by JOHN CALLANAN Hats eye_of_the_designer instragram at 6:50 PM No comments: