Who designed the STILLETTO


By HILARY GREENBAUM and DANA RUBINSTEIN 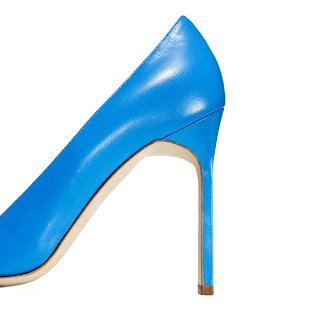 The ancient Greeks depicted Aphrodite in elevator shoes. Centuries later, Venetian courtesans clopped around in towering chopines, while during the reign of Louis XIV, red heels were a mark of nobility. So maybe Christian Louboutin did not invent the red soled stilletto. 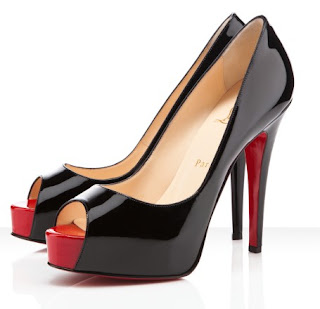 But it was after World War II that the stiletto took hold. Soldiers who spent years abroad dreaming of high-heeled pinups, one historian wrote, came home to wives whose wartime work required more sensible shoes. As women returned to domestic life, higher heels could, and did, become all the rage. From the 1950s’ froth of experimentation, the stiletto was born.
Dr. Emily Splichal, a podiatrist and self-styled “stiletto foot expert,” put together a stiletto-recovery-workout kit to “reverse the postural stress from hours in high heels.” Each kit contains the following: 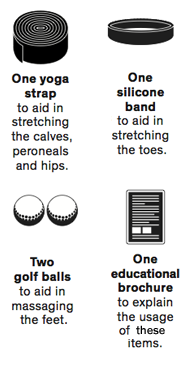 “Some credit Ferragamo, others Roger Vivier or Perugia,” says Valerie Steele, chief curator of the museum at the Fashion Institute of Technology. “I suspect the stiletto was developed by more than one Italian shoemaker, perhaps in association with French designers.”
Its origins may be nebulous, but the stiletto is a precision instrument. Designers used injection molding to encase metal spigots in plastic, making ever-thinner heels safe to stand on.
As heel tips shrank to the size of tacks, the stiletto, named for an Italian shiv from the 1700s, became an emblem of the Jet Age and French haute couture. Gina Lollobrigida wore them, as did Marilyn Monroe, proud owner of 40 pairs of Ferragamo stilettos. The ’60s counterculture rejected high heels, but in pornography the stiletto flourished. In the ’70s, Gloria Vanderbilt wore them with designer jeans. Stylists incorporated stilettos into the power-dressing fad of the ’80s; Madonna carried them into the ’90s, “Sex and the City” into the aughts. In 2008, Mike Huckabee said the only difference between him and Sarah Palin was a pair of stilettos.
Stilettos may shrink or grow taller, but they continue to represent both the empowered woman and the hobbled one. Stilettos make a woman “look taller, thinner, more bosomy and with a curvier bottom,” says Steele, but they also make it difficult for a woman to walk.
“Women’s fashion does not always emphasize the high heel,” Steele wrote in an essay. “Shoe fetishists, however, usually have done so.”
TO THE POINT
Patricia Field, the costume designer for ‘‘Sex and the City,’’ helped cement the stiletto’s legacy. Here, she discusses the signature shoe.
What is a stiletto? A stiletto is a specific style. It’s a shape. It’s not a height. It’s a heel that looks like a Champagne glass. It could be a three-inch stiletto. Or a four-inch stiletto. It could be a two-inch stiletto. It’s the shape.
Why is the stiletto so popular? It is the sexiest, most feminine shape. The shape echoes the shape of the body. When you have a column heel, it gives a different feeling. It gives a more powerful heel, but it doesn’t have that feminine taper to it.
Will it ever go out of style? It’s like leopard, for example. It’s a classic. Sometimes it becomes highly trendy, and sometimes it gets quieter, but it never goes away.
Do you have a personal favorite? My most favorite pair is from Charles Jourdan; it was probably 1962. It was semi-pointy-toed, so I had toe cleavage. And it was about a four-inch stiletto. Maybe five. They cost me $80. That’s like $800 today.
Can anyone pull it off? Well, there are all different kinds of women, and some women can’t handle a high heel, let alone a stiletto, which has the thinnest bottom. You can’t ever put something on a person that they can’t handle. That’s the big faux pas.
What about men? Do you think the stiletto could ever become a men’s shoe?They could become popular for men when men return to dressing like Mozart.
What are the odds of that? The way we dress over time gets much more simplified — much more utilitarian. It’s the nature of the world. Aristocracy is a past tense

Well, maybe Pat is loosing her cool edginess when it come to men in heels.
Cowboys get major bottie push up from sporting heels.

By SHEILA MARIKAR (@SheilaYM)
Reports have been floating around for more than a year. Hairy legs atop 4-inch sticks. Bulging calves coming out of Bottega Venetas. Wedges, platforms, even stilettos being worn by -- gasp -- men.
Johnny Weir rocks them. So does Derek J, the Atlanta hair stylist made famous by Bravo's "Real Housewives." New York and San Francisco boast growing groups of glam-footed guys. Los Angeles, too: A New York Timesreport filed from there last week has kicked up the notion that high heels for XY chromosomes are the new hot thing.
Trends aside, men have been wearing heels to make a statement for years. In April, dozens of dudes pushed into pumps for the University of Alaska's fourth annual "Walk a Mile in her Shoes" fundraiser to benefit female sexual assault victims. A similar event in San Antonio, Texas. this month supported victims of domestic violence.
But now, fashion insiders are noticing guys strapping stilettos onto their gams for entirely aesthetic reasons.

Historically, it's not unprecedented. As the Times pointed out, heels were de rigueur in pre-Napoleonic France. Men of all stripes paired platform shoes with their bell bottoms during the 1970s. The latest iteration finds guys in shoes built for gals.
"What's partly propelling it is the fact that men have become more comfortable with their feminine sides and are less afraid to show that, especially since high heels literally elevate you from the crowd," said Michael Musto, culture critic for the Village Voice.


"It's the girly fascination," said celebrity stylist Philip Bloch. "These men can appreciate the heels for their artwork."


Bloch pointed out that women co-opt menswear all the time. Take the boyfriend jean, the baggier, rolled up cousin of skinny, boot-leg and flared styles. Loafers, tuxedos, fedoras and ties have all, at varying points, found a home in the women's department.
For now, men buying heels is a trend without numbers. But, pardon the pun, it's got legs.
"It's still too small of a trend now to make it on the radar and there's still not enough people that will allow themselves to be counted as purchasing that product," said Marshal Cohen, chief industry analyst of the market research firm the NPD Group. "But we will, by next year, be able to quantify it."
Cohen billed the trend as "part of the new migration of consumer openness." Indeed, if there were ever a time for men to feel comfortable slipping on a pair of Manolos, it's now. In the past year, bullying became the enemy, "Don't Ask, Don't Tell" was repealed and New York legalized gay marriage. If Lady Gaga serves as an example, androgyny is in.
But then there's the physical factor.
"Once they dig their feet into a pair of six-inchers and realize how incredibly awkward it feels, I think most guys will run back to flats," Musto said, musing that the most flattering high heel for a man "would probably be an open-toed one for a quick exit."
Still, even if the trend only sticks around as long as it takes to develop a callus on the ball of of a foot (for the uninitiated: it doesn't take very long), Simon Doonan, the creative ambassador of Barneys and author of "Eccentric Glamour," applauds men attempting what women have endured for centuries.
"It's the same as gay marriage," he said. "Why should straight people be the only ones who suffer?"

Posted by JOHN CALLANAN Hats eye_of_the_designer instragram at 6:30 AM