US ARMY BERETS ARE OUT. CADET CAPS ARE IN


'I hate having to wear a wet sock on my head': U.S. army to replace berets with caps... because soldiers complained they were too hot

By DAILY MAIL REPORTER
It is a staple of army life worn by everyone from film stars to the humblest G.I.
But effective immediately, the black beret currently worn by all serving U.S. soldiers will be replaced with the more popular - and practical - patrol cap.
The wool beret, which proved deeply unpopular since its introduction 10 years ago, will be replaced after soldiers complained it was too hot, irritating and impractical for anything other than use as ceremonial uniform. 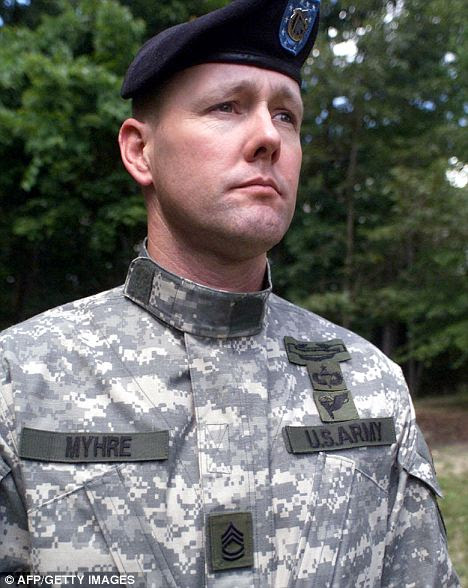 Hats off: The US Army is abandoning the beret, after a failed 10-year experiment
The move came after outgoing Army chief of staff, General Martin Dempsey, asked the army's sergeant major 'to go out and talk to soldiers across the force and see what was on their minds.

Practical: Now troops can look forward to just having to wear the more useful patrol cap, seen here
'One of the things that soldiers consistently brought up was the desire to wear the patrol cap as part of their duty uniform,' he said.
The beret will still be part of the Army's dress uniform, but will no longer be worn in the field as soldiers complained that it was impractical, he said.
'It does not have a visor and doesn't shield the sun, doesn't absorb sweat well,' Collins added.
One soldier put it more bluntly.
'I hate wearing a wet sock on my head,' Chief Warrant Officer Mark Vino, at Joint Base Lewis-McChord in Washington state, told the Army Times. 'Plus it makes head/skin break out.'
With the beret, soldiers had to carry to types of head gear around - the cap for physical work and the beret for walking around base.
Now they will only have to carry their caps.
Before 2001, the black beret was associated with the elite Rangers special operations forces.
Many Rangers resented the idea that the hat they had earned the right to wear had been assigned to the entire force.
The uniform change applies to 1.32 million soldiers - including 566,473 active duty troops - and goes into effect immediately.

A CAP FOR ALL SEASONS:  A HISTORY OF THE BERET IN U.S. FORCES

The beret was first used by U.S. in 1943, after a battalion Parachute Infantry were given maroon berets by their British allies as a gift.
The Marine Corps dismissed them because they looked too 'foreign' and 'feminine', until in 1953 the 'Green Berets' began wearing their distinctive head gear.
In the 1970s the use of berets boomed, with commanders encouraging troops to wear them in order to distinguish their units.
But by the 1980s so many variations existed that the army decided to scrap all but the Ranger's famous black and the airborne's maroon berets.
The new headgear comes with a lower price: a beret costs $11.90 while a patrol cap is only $6.50.
The decision does not affect units that have long worn berets as a mark of distinction, including the Rangers' black beret, Army special forces' green beret and Airborne's maroon version.
As part of the change, soldiers will have the option of having their name tags, rank and badges sewn on to their uniforms.
There also will be a new look for Army soldiers working at the Defense Department's headquarters at the Pentagon, with camouflage to be replaced with the more business-like dress uniform, Collins said.
'For soldiers serving in the Pentagon, we will transition to the dress uniform,' starting in July, he said.
In the aftermath of the attacks of September 11, 2001, all the armed services started wearing combat uniforms in the Pentagon, to underscore the country's war-footing.
But Defense Secretary Robert Gates last year had his staff drop the combat uniforms, and some other offices in the Pentagon have returned to the dress uniform.
'Our perspective is that this is the corporate part of the Army,' said Sergeant Major of the Army, Raymond Chandler, quoted on the US Army's website. 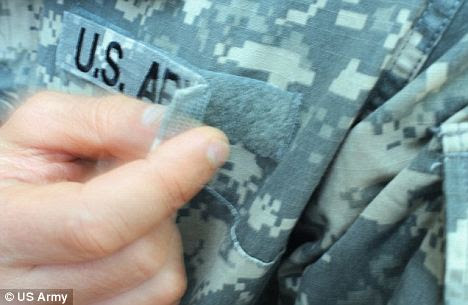 Change: Soldiers will now also be allowed to sew on name tags and service badges instead of having to just use velcro to hole them in place