The Blacklist is the best nail-biting, pyscho drama on TV at the moment. The main charter "RED" is a psychotic killer who kills other criminals, whom he considers worse than himself, with the help of the FBI. 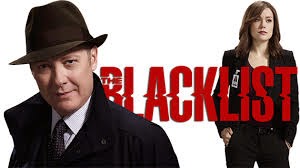 RED, played by James Spader, is a dapper fellow who is seldom seen without his fedora. 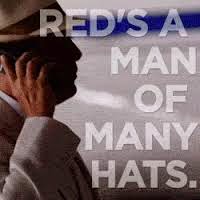 The Blacklist is an American crime drama television series that premiered on NBC on September 23, 2013. Raymond "Red" Reddington (James Spader), a former government agent turned high-profile criminal, who had eluded capture for decades, voluntarily surrenders to the FBI, offering to cooperate on capturing a list of criminals who are virtually impossible to catch. He insists on working with a rookie profiler by the name of Elizabeth Keen (Megan Boone). The show also stars Ryan Eggold and Harry Lennix. The pilot episode was written by Jon Bokenkamp and directed by Joe Carnahan.Executive producers for the series include Bokenkamp, John Eisendrath, and John Davis for Sony Pictures Television, Universal Television, and Davis Entertainment.

In series 1, episode 2,  he is seen buying a hat. If you want the original hats that RED wears throughout the series, then visit the actual store. It is
JJ HAT CENTER, 310 FIFTH AVENUE, NEW YORK CITY.
JJ Hat center is the oldest hat store in the USA, established in 1911.
www.jjhatcenter.com

In The Blacklist, RED prefers to wear Biltmore hats but you can pick up similar styles from Scala at your local hat shop.

Raymond "Red" Reddington, a former government agent and one of the FBI's most wanted fugitives, surrenders at FBI Headquarters in Washington, D.C. He claims the FBI and he have similar interests in getting rid of dangerous criminals and terrorists. He makes an offer that the FBI cannot refuse and insists on one condition: Reddington will co-operate only with Elizabeth Keen, a rookie FBI profiler. Keen questions Reddington's sudden interest in her, but Reddington will only reveal that she is very special. After the FBI uses Reddington's information to locate a terrorist, Reddington reveals that this terrorist is only the first of many criminals that he will help them neutralize. Over the course of his own criminal career, he has made a "blacklist" of global criminals who he believes are dangerous to society, most of whom are unknown to the FBI.
As the series progresses, the stories of both Red and Liz unfold, with twists that involve other characters in the show.

RED is the type of guy that you want on your side always. Total best friend BUT your worse enemy type of guy. 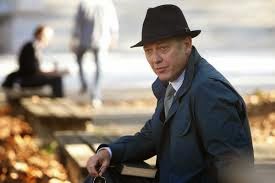 What man dose not want to look as suave as "RED" Reddington?

He plays a former fugitive from justice-turned FBI collaborator in NBC drama The Blacklist.
But James Spader looked a far cry from a criminal mastermind on Thursday as he shot the show dressed in a beige three piece suit, matching hat and smart black spotted tie.
The 54-year-old actor may have got a little warm under the warm Coney Island Brooklyn sun and was spotted getting his face re-powdered in a break from filming. 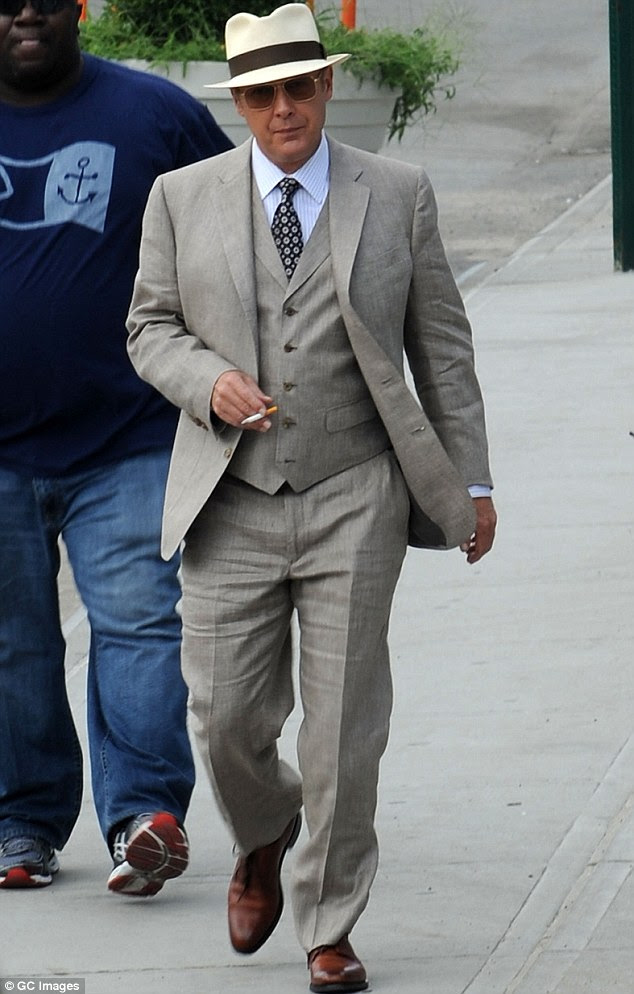 +7
So dapper: James Spader strolls around the Brooklyn set of The Blacklist in New York City on Thursday looking smart in a three piece suit and straw hat
Spader, who plays Raymond 'Red' Reddington on the show, was also spotted enjoying a sneaky cigarette in a break from filming.
However, he later changed into a cooler outfit of white shirt and dark trousers, taking a rest on a nearby bench.
The series began last year with Red's surrender to the FBI. He was able to keep his freedom in exchange for helping them catch criminals, revealing he has a 'Blacklist' of global bad guys he believes are a danger to society. 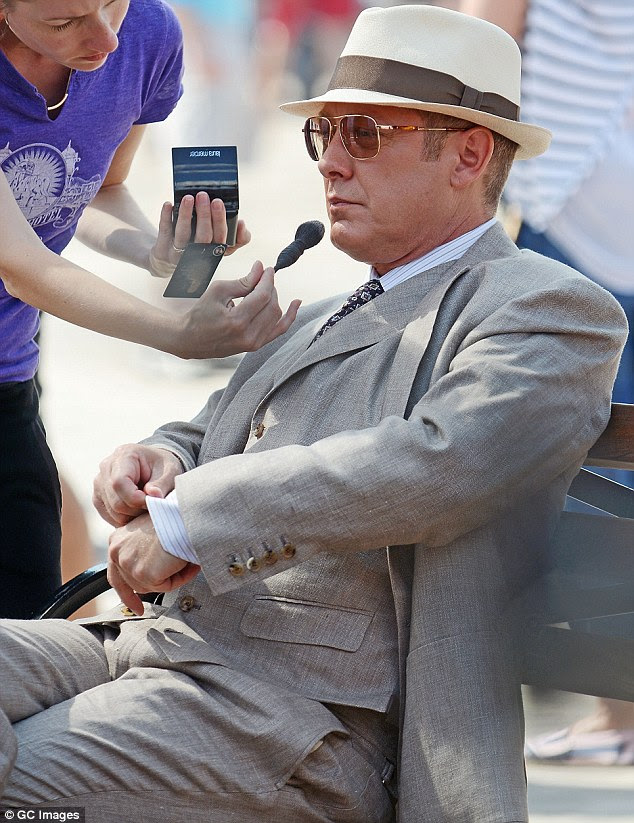 +7
The heat is on: A make-up artist applied power as the actor sweated under the hot New York sun 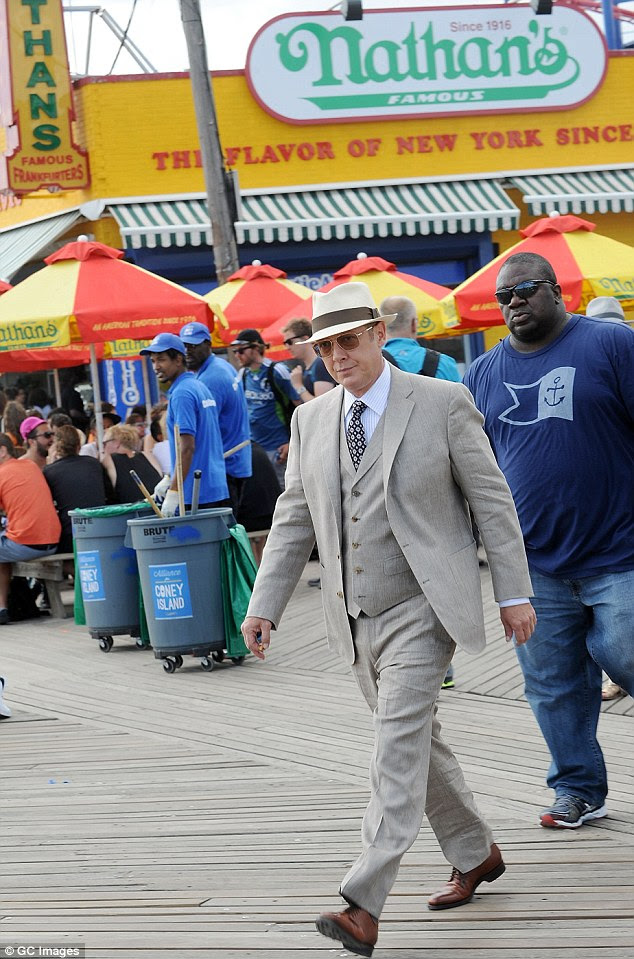 +7
Beside the seaside: The actor was shooting next to Nathan's Hot Dogs on the boardwalk on Coney Island
'The show is this strange amalgamation of a serial and a procedural,' he recently told Playboy. 'But if you watch it every week, if you care to stay with it this season, there’s also a much larger mythology to it. It has become something else.
'People will see this season is different because we’re able to play with things that make a better show, like story and character,' he added.  'We’re not building a foundation anymore, which is what we spent last year doing. There are a lot of changes.'
And Spader is adamant that the true nature of his occasionally sinister character is drip fed to the audience rather than revealed all at once. 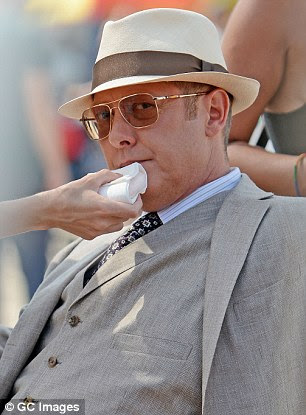 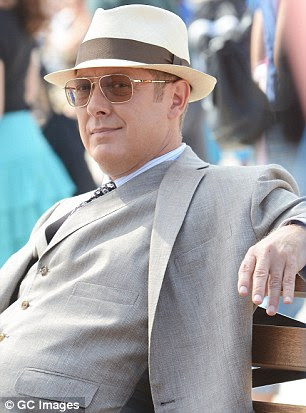 
Touching up make-up: The star relaxed in the sun in a break from filming 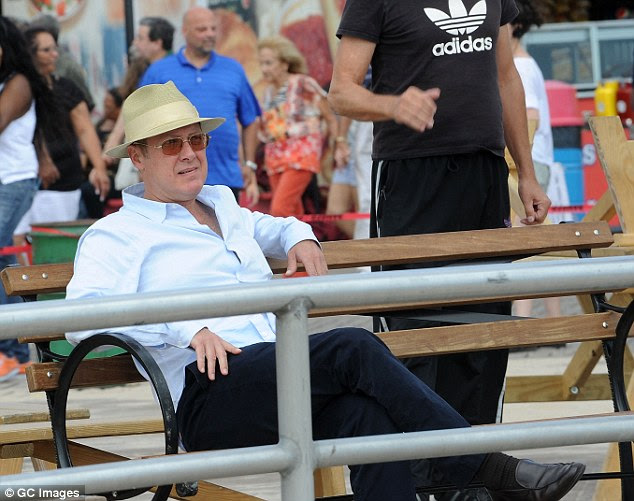 +7
Take a pew: The star later swapped his smart attire for a white shirt and black trousers
'I believe with all my heart that the best way to ruin this character is to tell too much about who and what he is,' he said. 'Part of that is a mystery. Just when you think you’re getting comfortable, do not get comfortable. Just when you think you have him figured out and you know what the boundaries and safe places are, you’re not safe. It’s never safe.
'The character is a funny, weird mix of things. He seems like someone who’d be tremendous to spend time with - great fun, compelling and so on - but be careful. I would be.'
In the break between the first and second Blacklist seasons, the star shot the Avengers sequel in London where he is playing crazed criminal robot Ultron. The film will be released next May.
'By the end of the season, I was tired, tired, tired,' said James. ' Just weeks after we finished, I started working on Avengers: Age of Ultron, and I must say I got rejuvenated. I also found that I missed my Blacklist character a lot.' 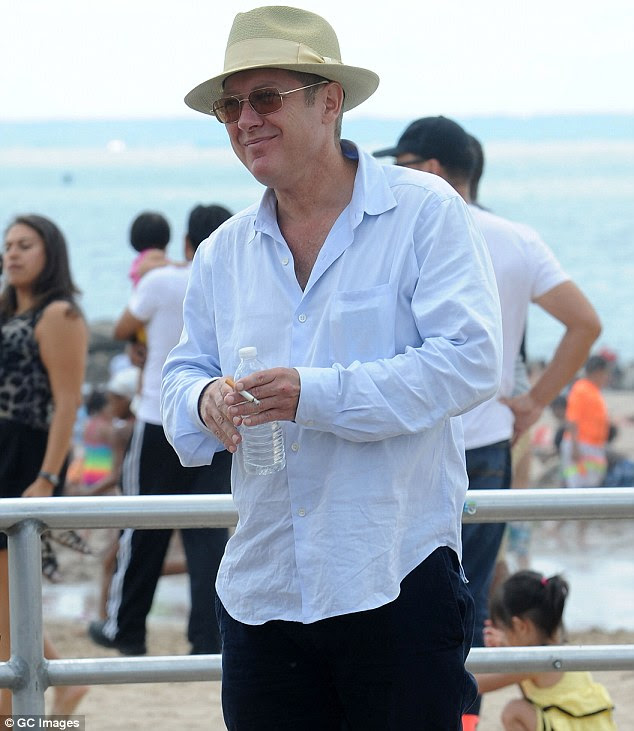 +7
Sneaky smoke: The actor held a cigarette and a bottle of water as he mingled with holidaymakers during filming
Posted by JOHN CALLANAN Hats eye_of_the_designer instragram at 12:22 AM