The Tyrolean hat (also Bavarian hat or Alpine hat) originally came from the Tyrol in the Alps, in what is now part of Austria and Italy.
A typical Tyrolean hat originally had a crown tapering to a point and was made of green fur felt with a brim roughly the width of a hand, something that was especially common in the Zillertal Valley.

There are various forms of Tyrolean hat. Frequently the hats are decorated with a colored, corded hatband and a spray of flowers, feathers or "brush" at the side of the crown. The traditional "brush" is made of the tail of the chamois goat. It takes a variety of forms, and may often be combined with feathers.
1/10/15. An update on the side brush from my retired colleague Mr. Jack Lambert, an aficionado on hats.

"Regarding the side “brush”,  the originals were badger fur. That was a badge of honor for the young man who came of age. His parent gifted him a sterling silver holder pin that was empty. After his first hunt as a “man” he cut off a piece of the animal fur and then was able to stick it in the holder (from his parents) and place it on the side of his hat. Not unlike the feathers worn by Indians for counting coup.  If he killed a badger, a very nasty critter, he was honored as a very good and brave hunter.  It became known as a Badge of honor."

The Tyrolean hat became even more well known thanks to Edward VIII who, after his abdication, frequently stayed in Austria and often wore a hat of Tyrolean style, although it did not come from there.
In the 19th and 20th centuries, Tyrolean peasant clothing developed a certain degree of uniformity in their appearance. In the local village costumes of the Tyrol, the various styles of Tyrolean hat have survived since the 1830s/40s, albeit similar to those of contemporary fashion. These original forms vary from the tall, relatively narrow-brimmed hats of North Tyrol which were dented on top, to the small, wide-brimmed hats of the South Tyrolean wine country.

Another celebrity who vacationed in the Tyrolean Alps was Coco Chanel. Fashion myth as it, that her classic boucle jacket was inspired from a similar jacket that she saw on a "lift-boy" while staying at the Schloss Mittersill hotel.
For the Chanel pre fall 2015, Métiers D'Art collection, the designer Karl Lagerfeld took his inspiration from the Alpine Chanel mythology. The Metiers D'Art collection, is an off-season show to highlight the artisan skills of the ateliers, which the house of Chanel has saved from closure in 2002.
It was a solid collection of embroidered Lederhosen and loden jackets topped off with Tyrolean inspired hats adorned with massive plumes. The hats are by the atelier Maison Michel. 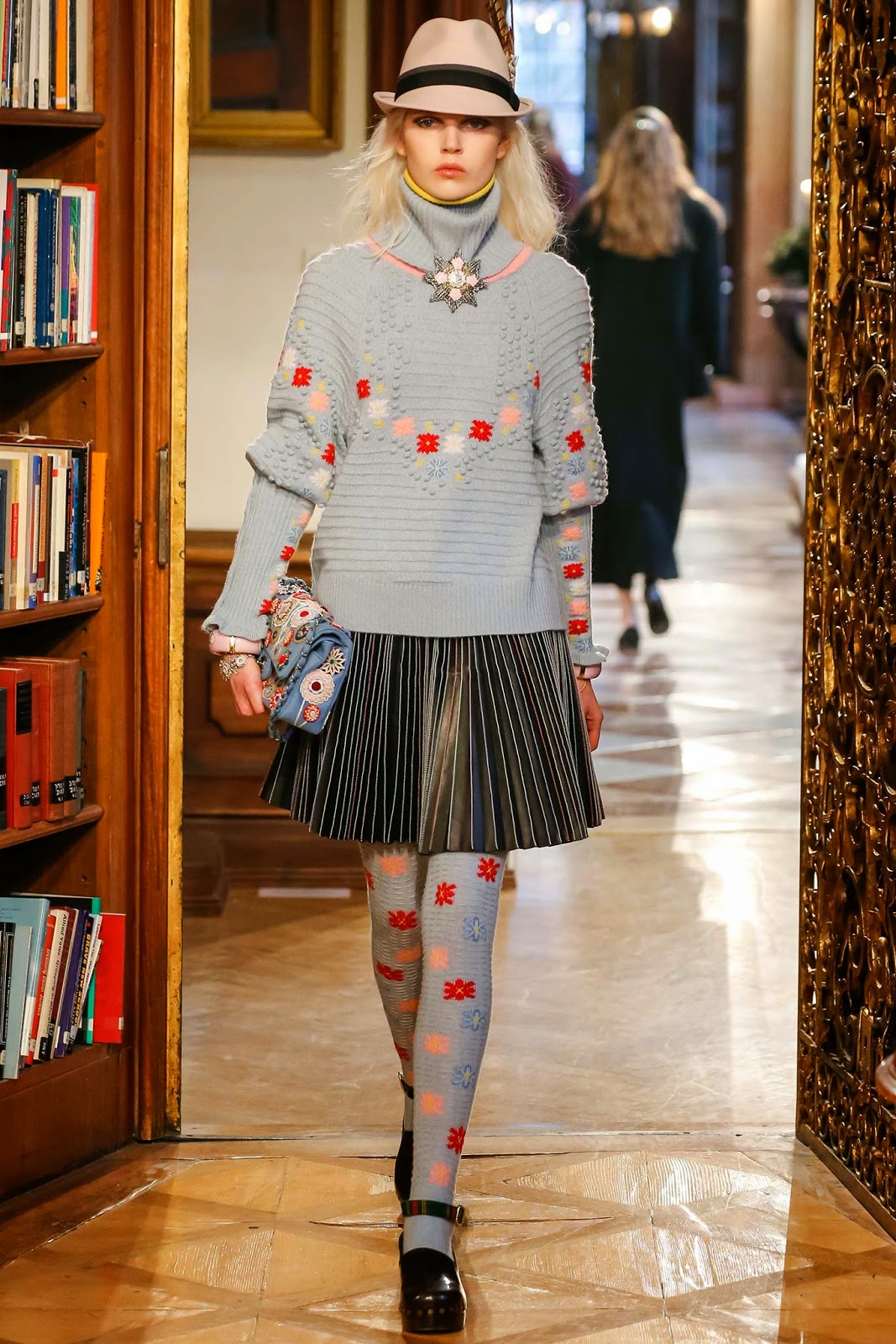 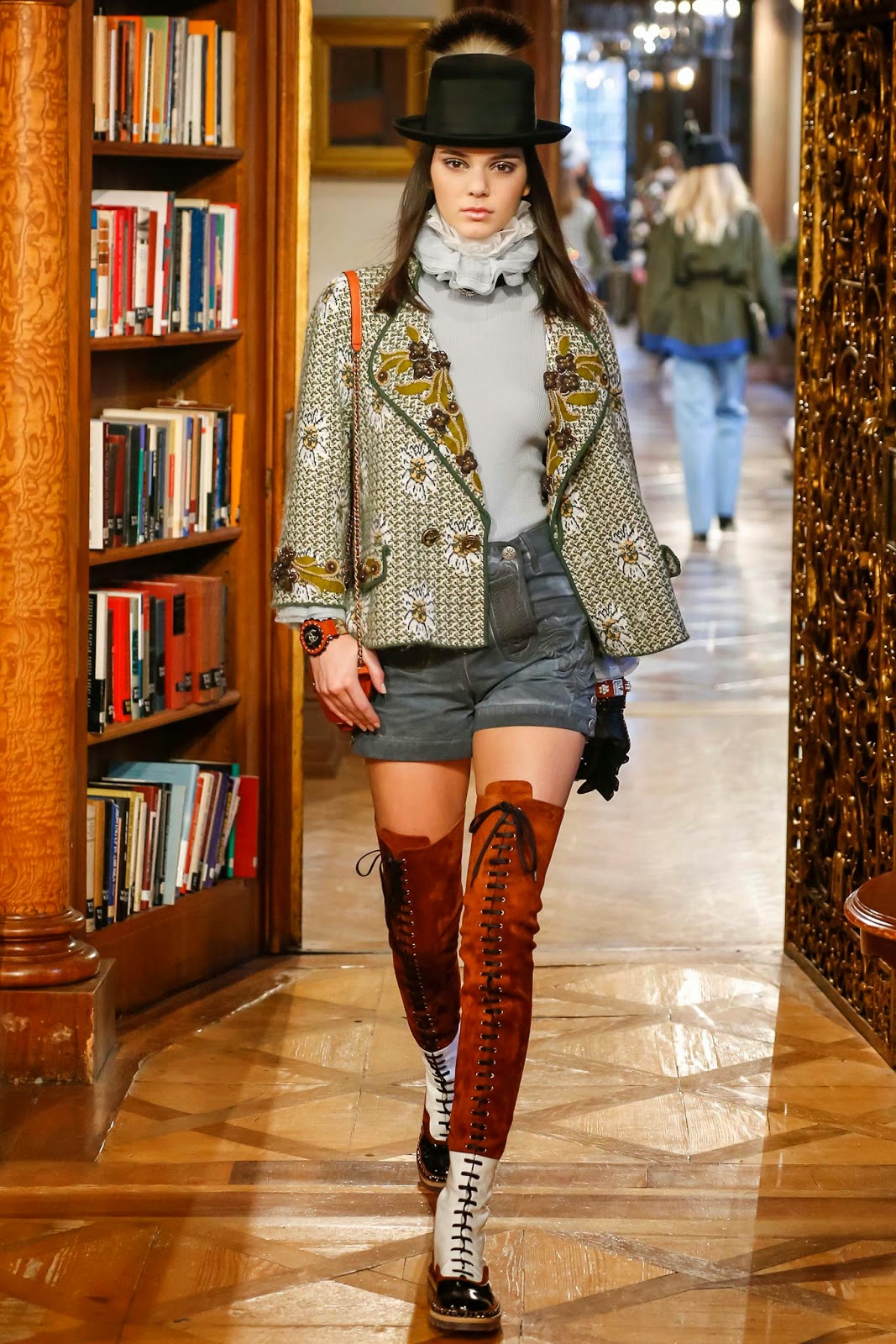 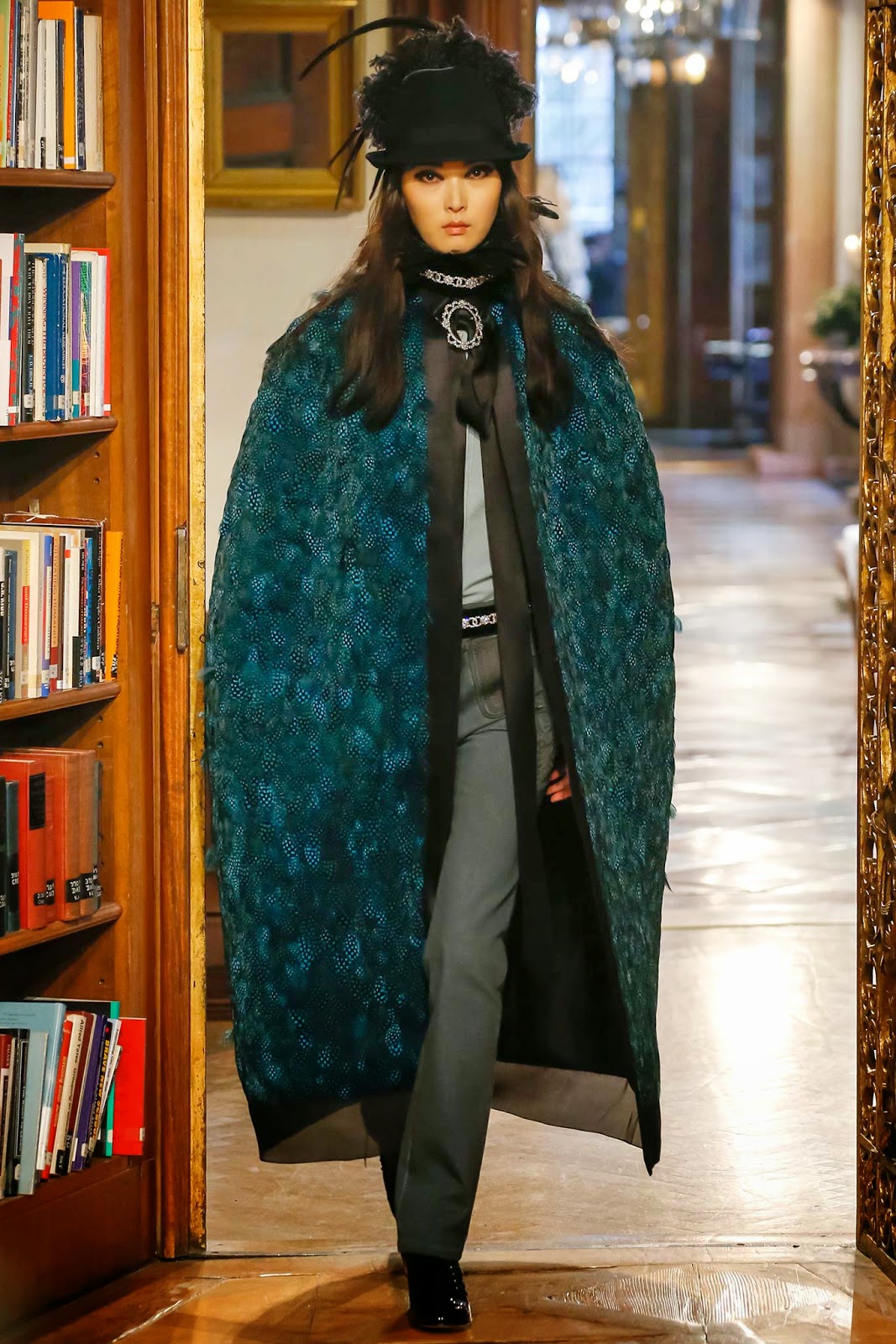 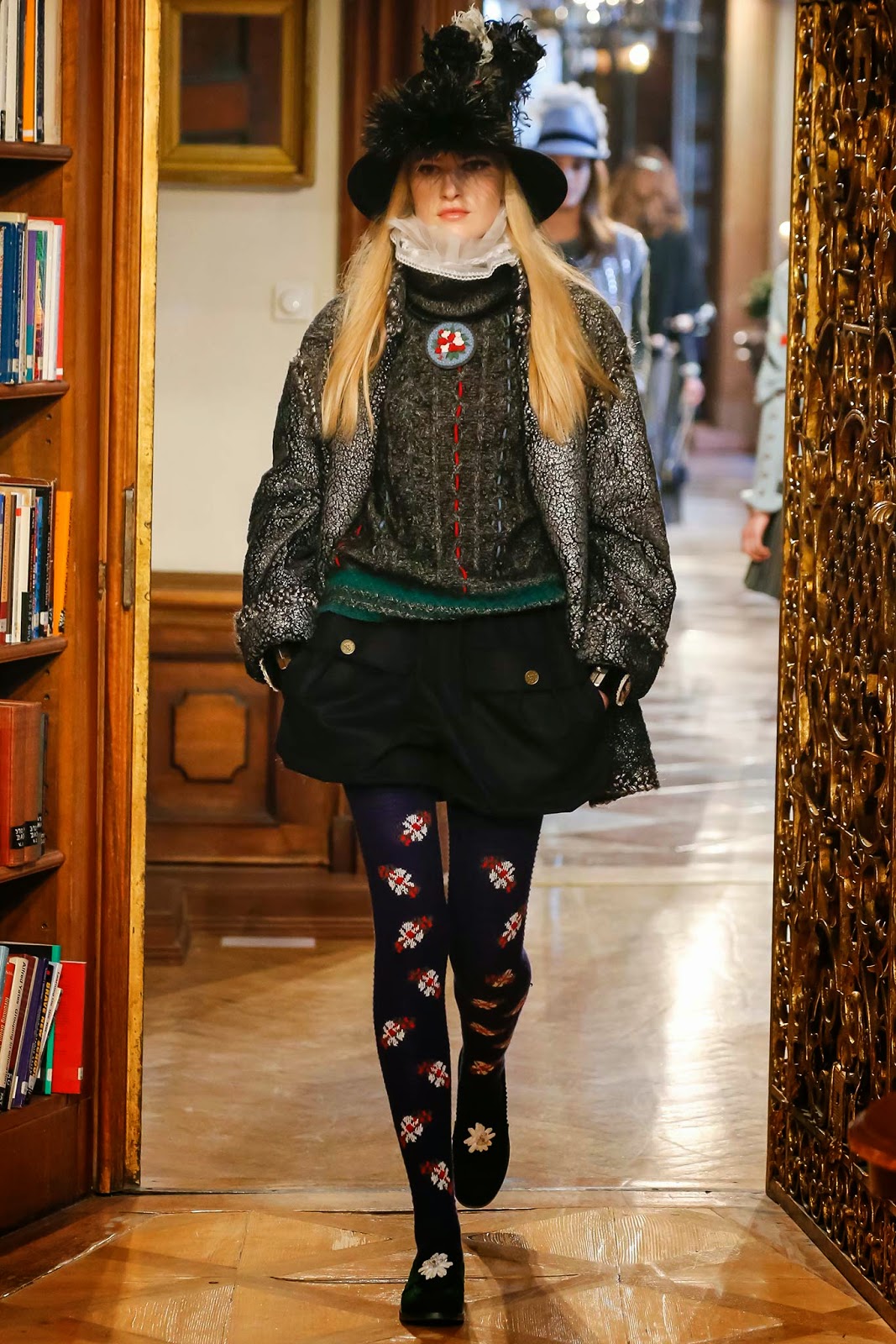 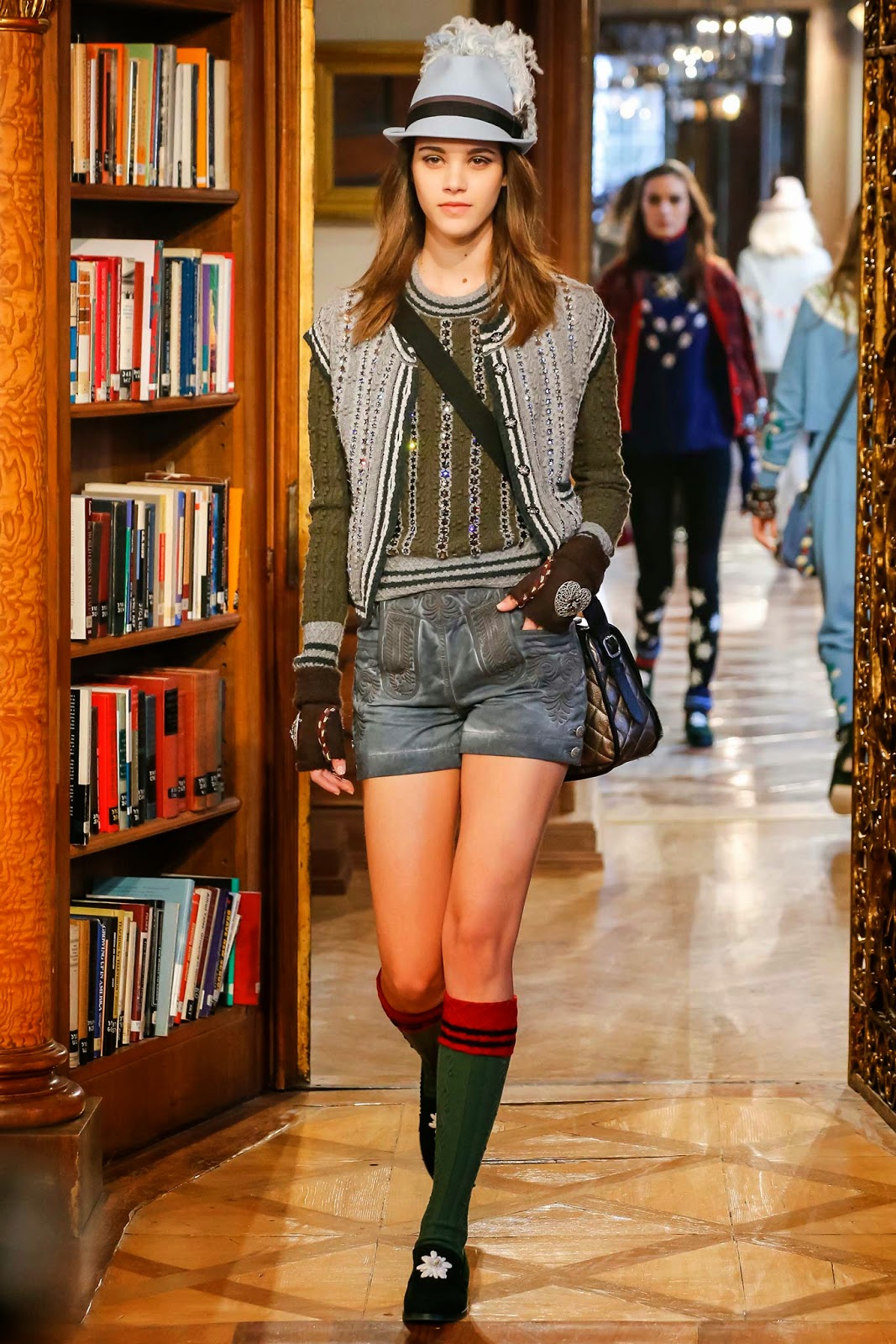 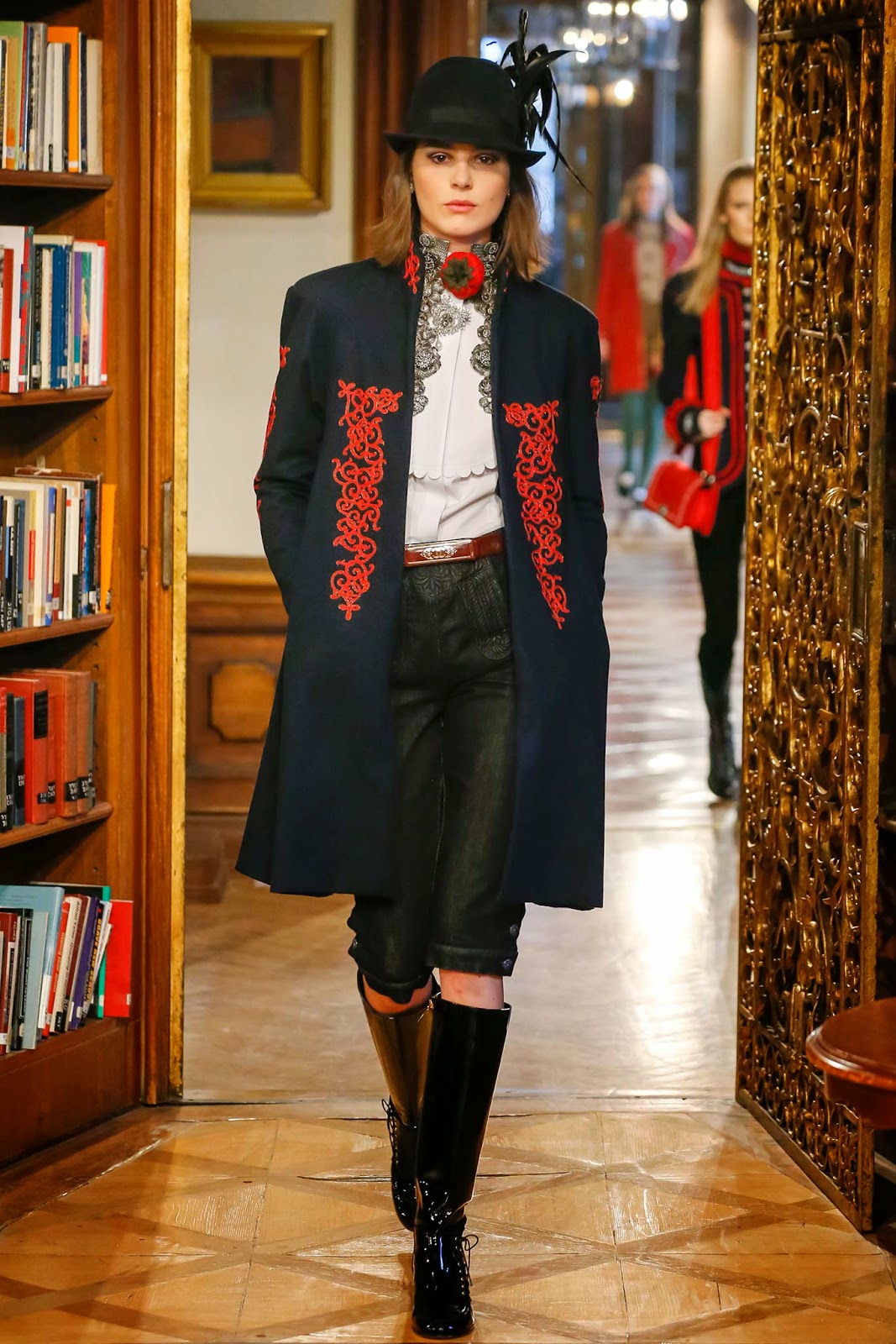 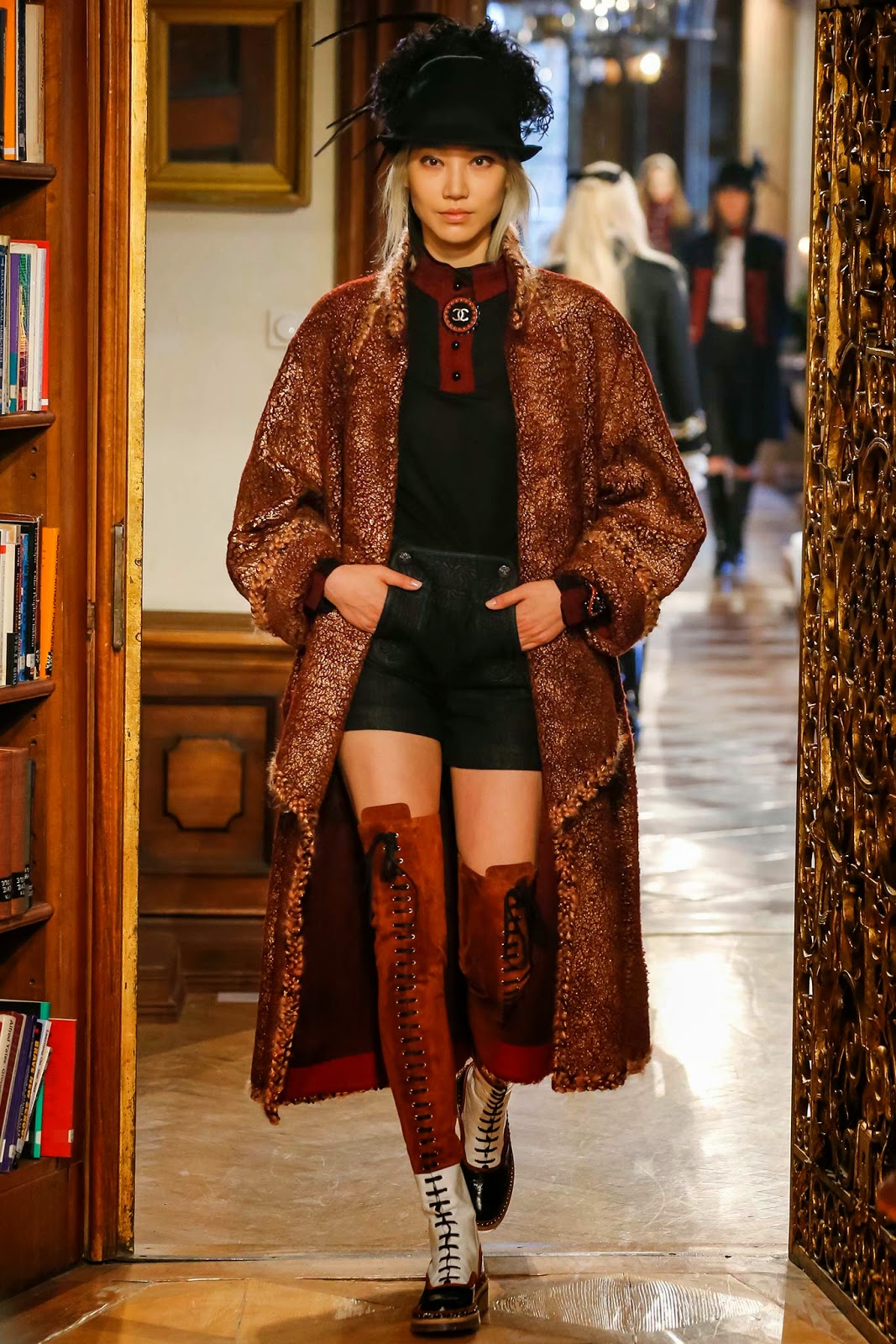 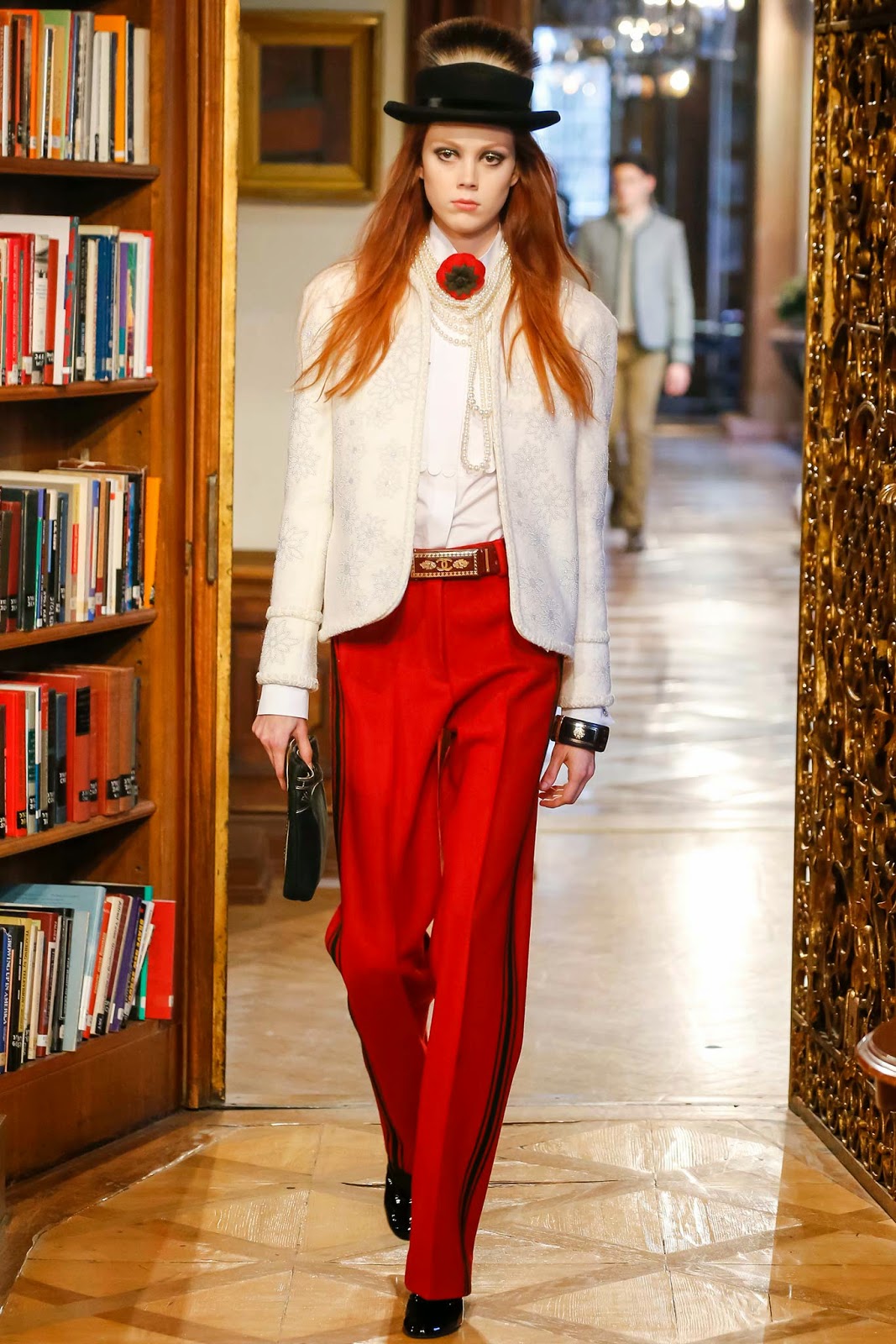 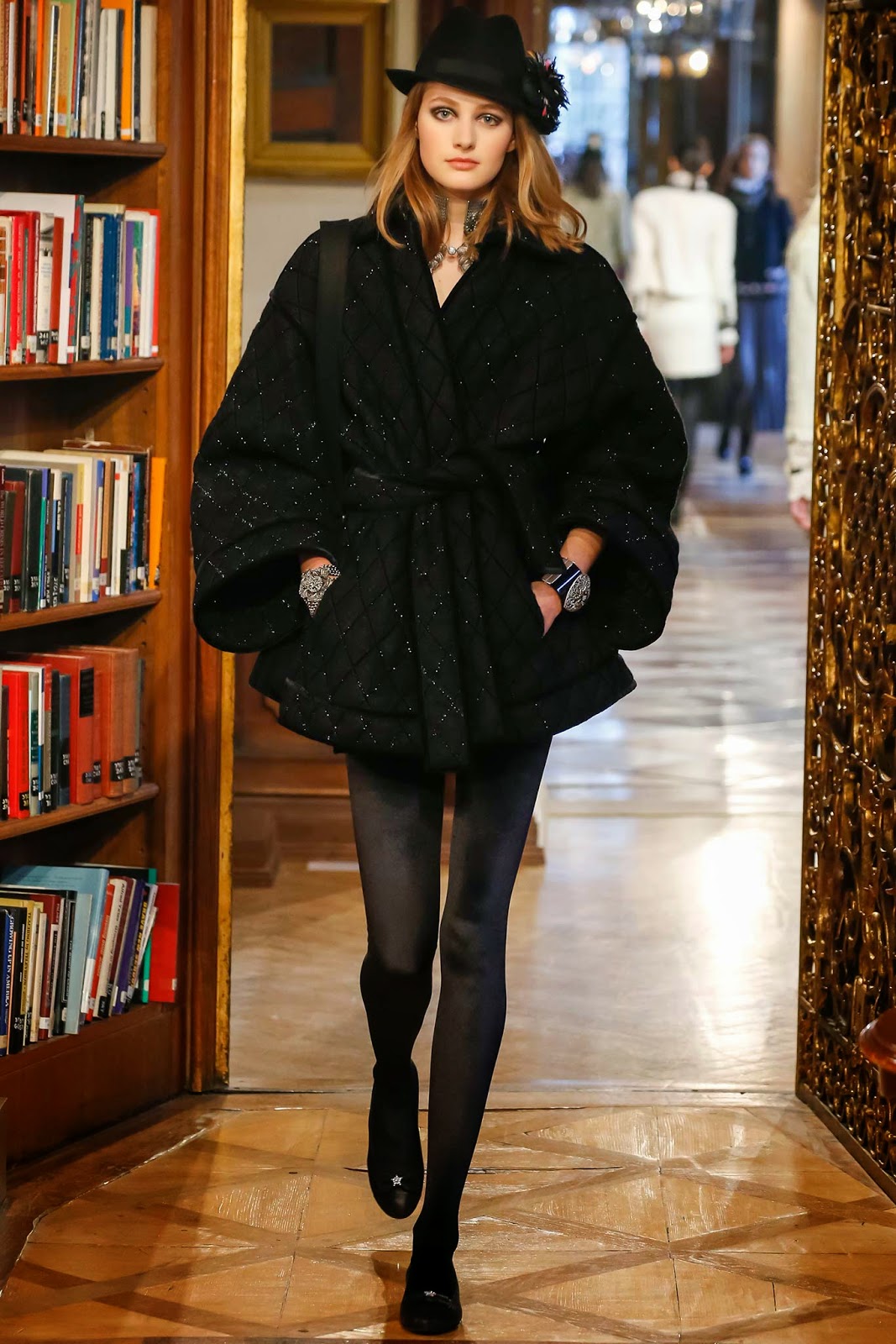 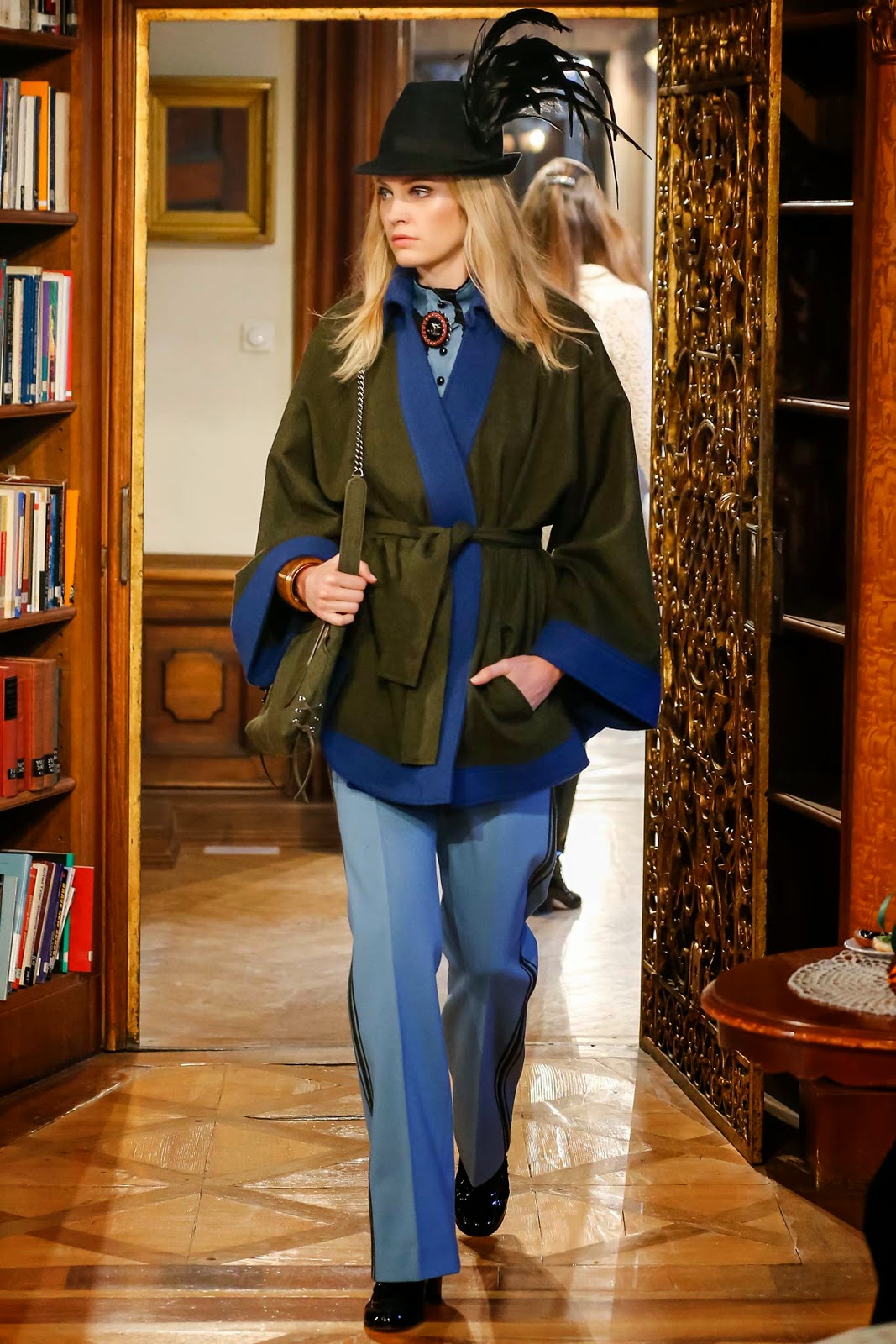